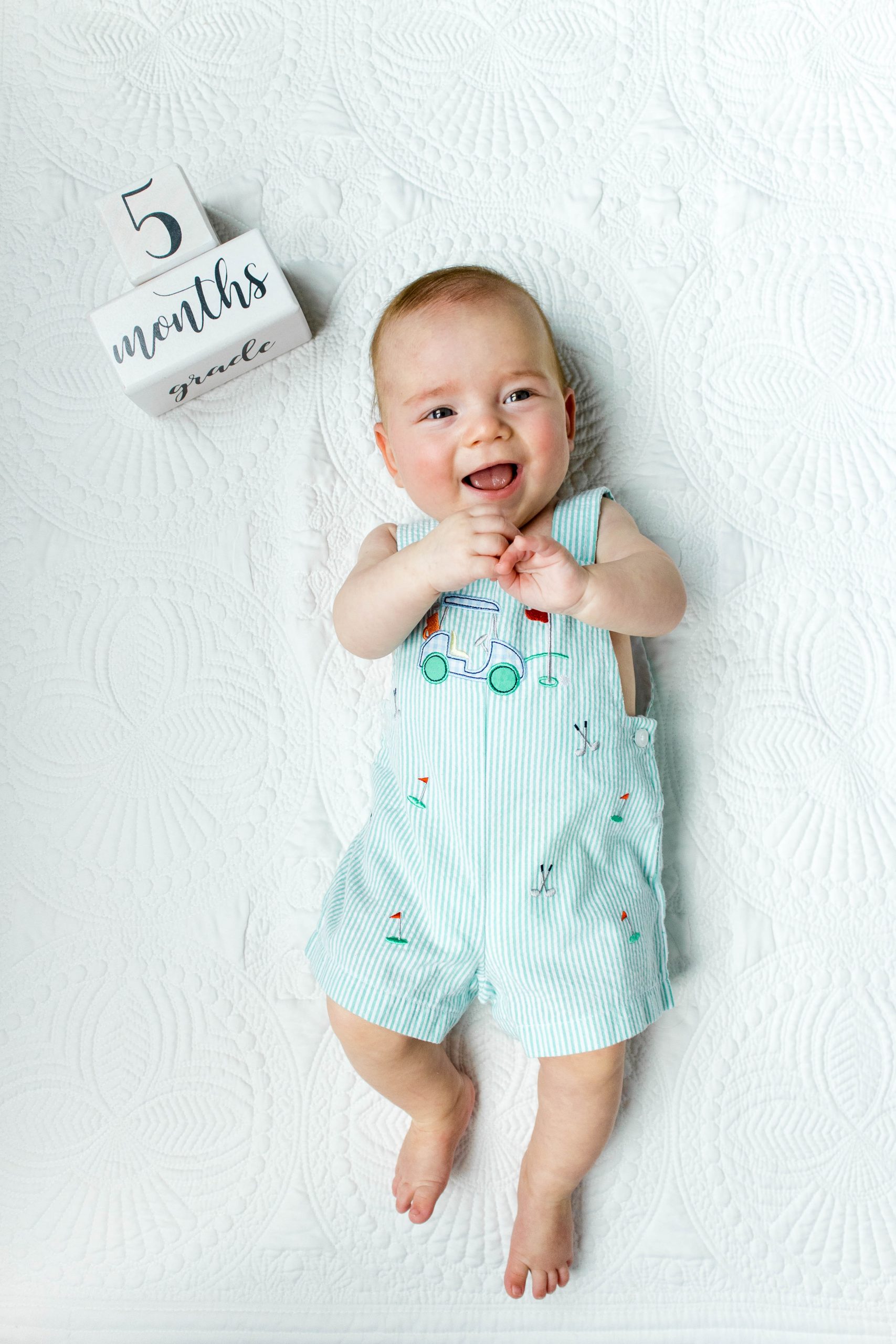 Porter James is 5 months old! His personality is starting to show more and more each day and he truly is the happiest boy. Ryan & I lay in bed at night and watch videos of all the adorable things he does… yea we’re those parents, lol! Sharing a few updates from the past month in today’s post! 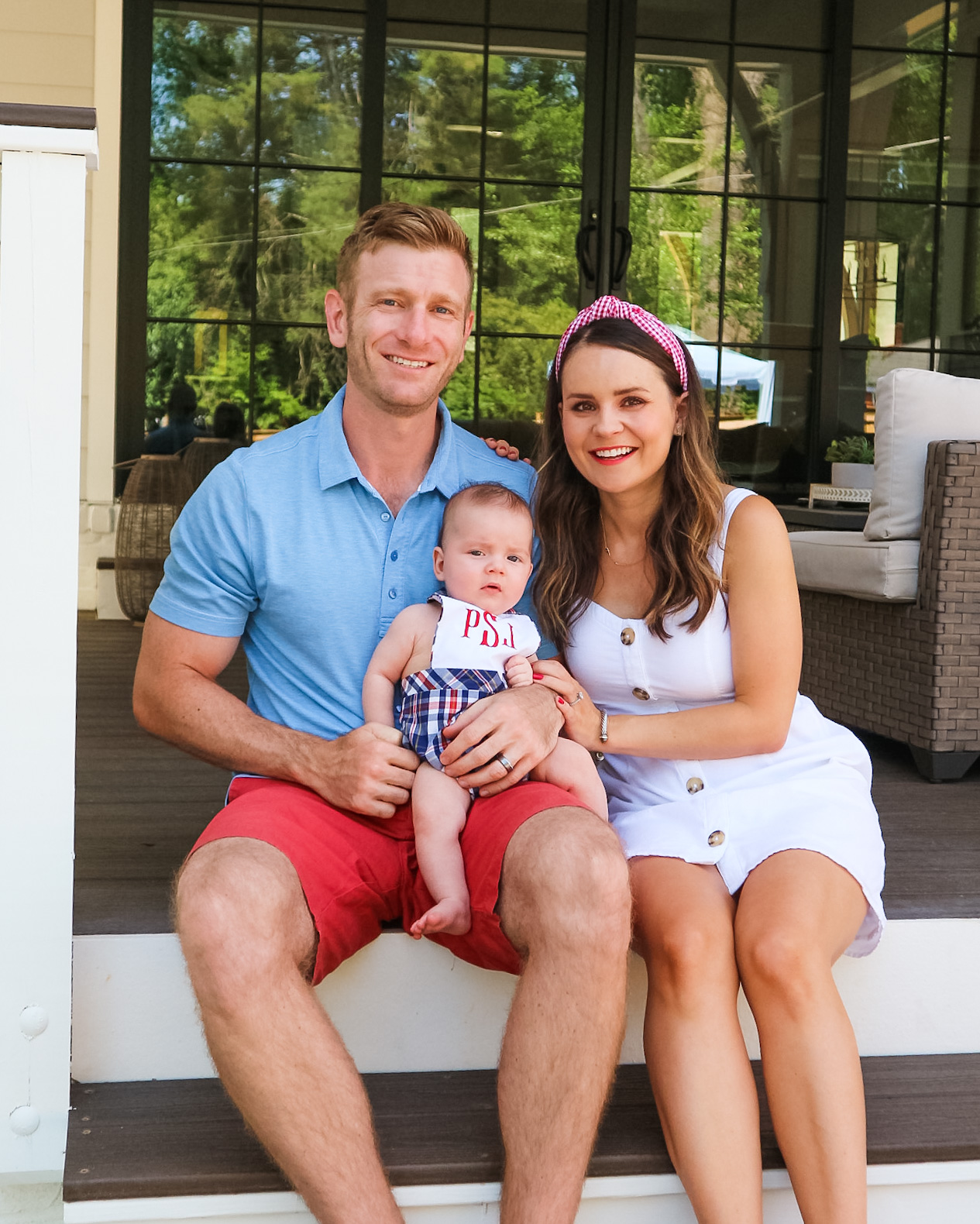 No weigh-in at the pediatrician this month but his rough weight from our scale is almost 14 pounds. He’s wearing 3-6 month clothes- dressing him is my favorite! 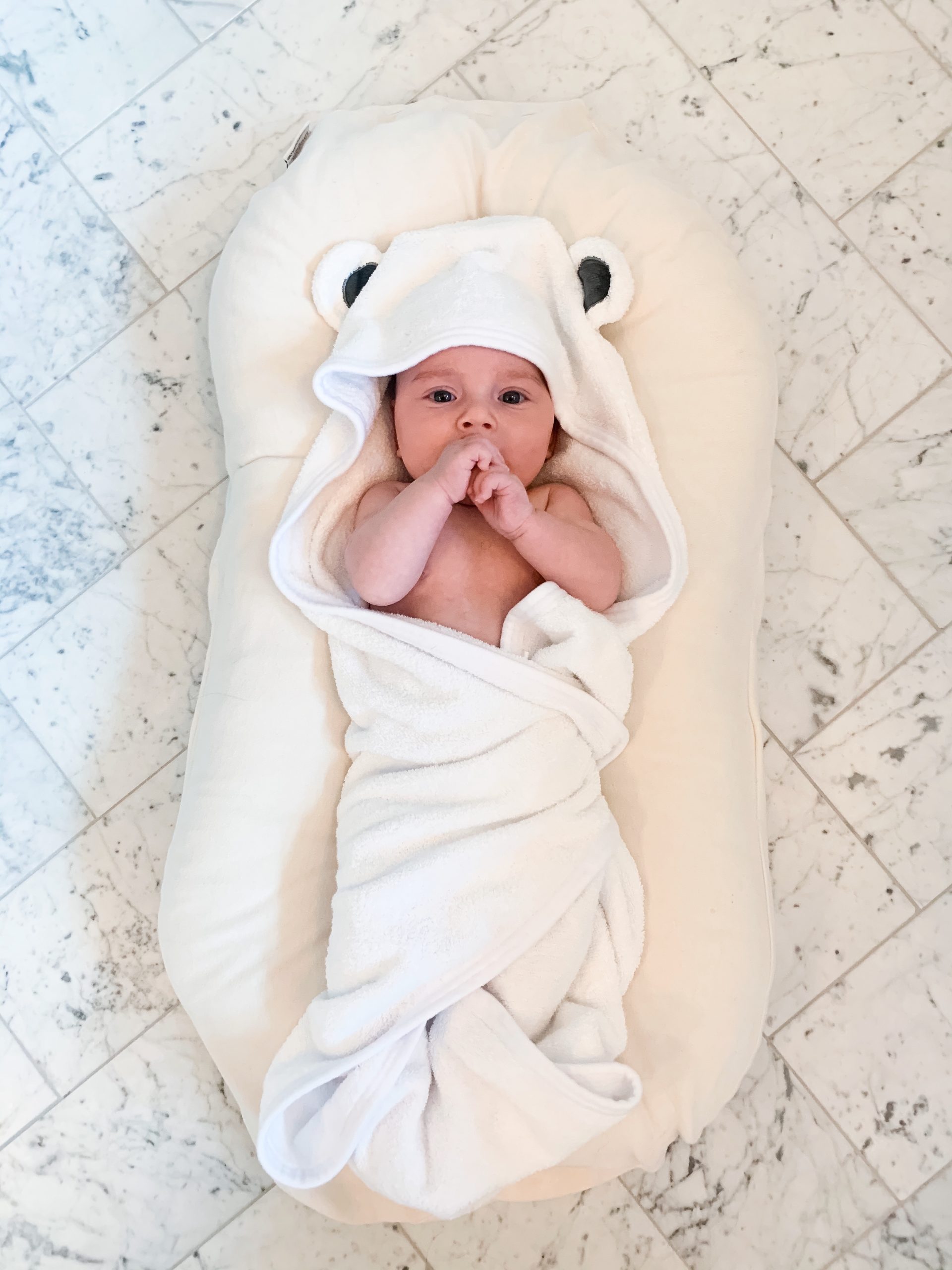 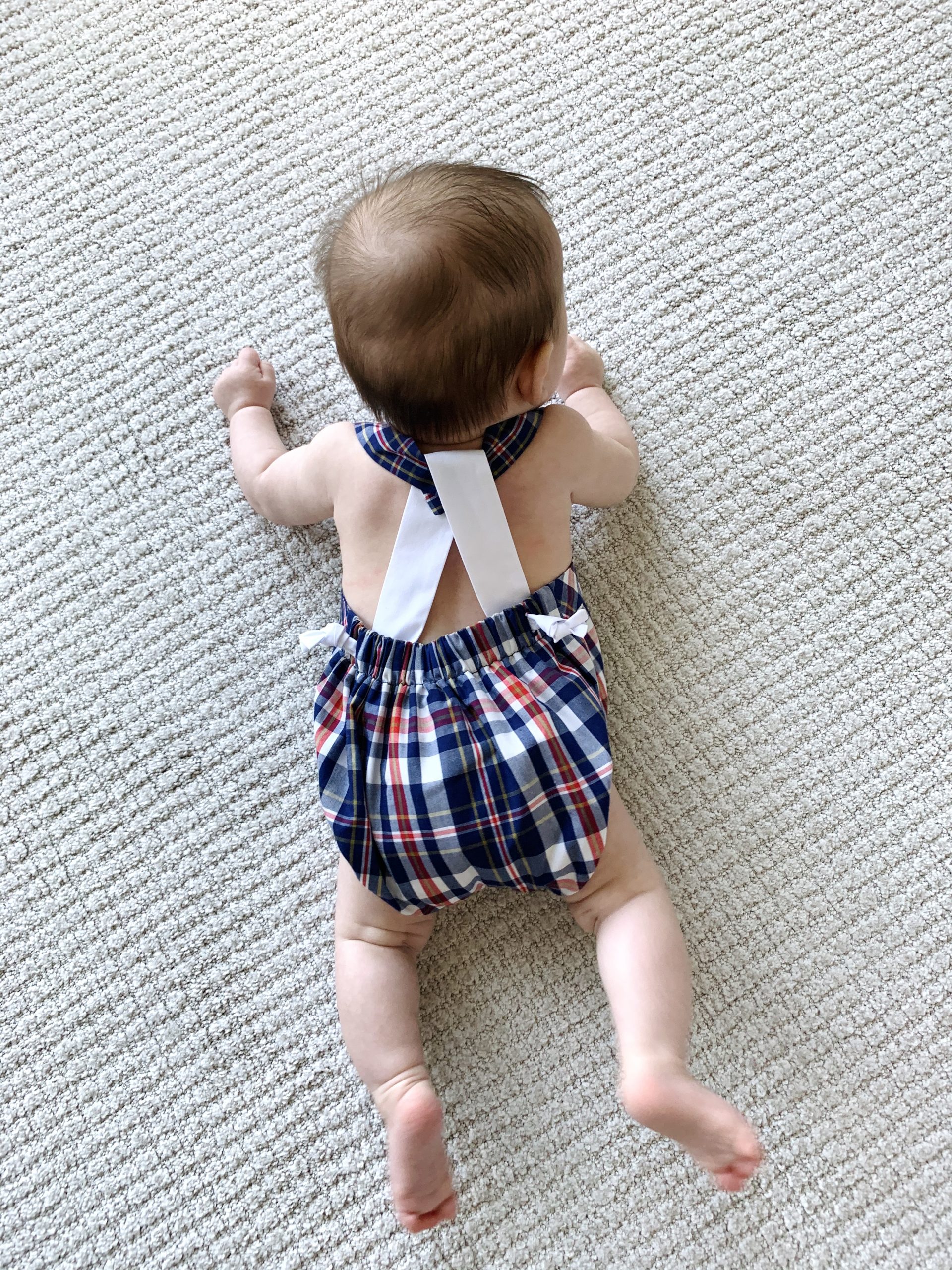 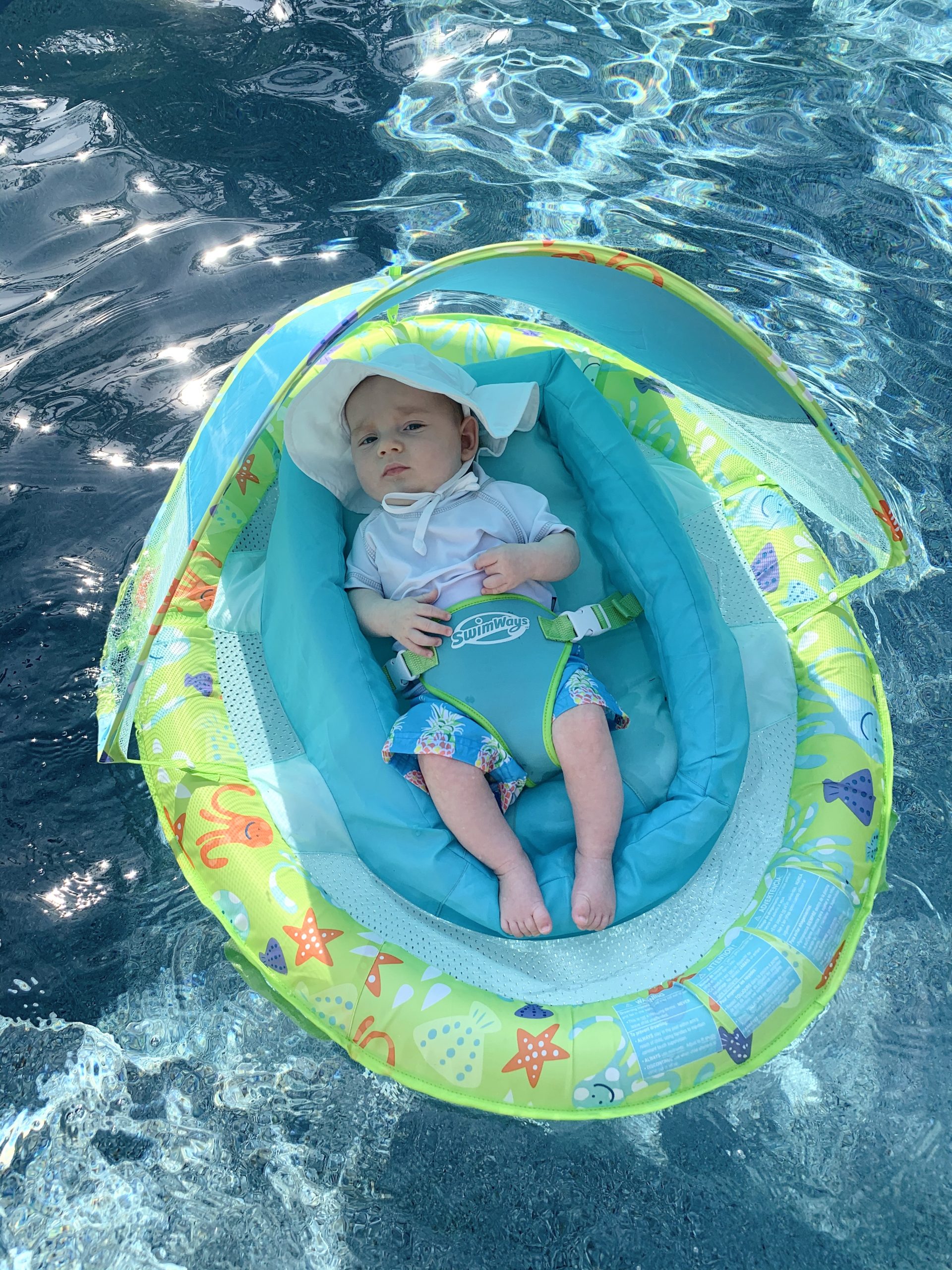 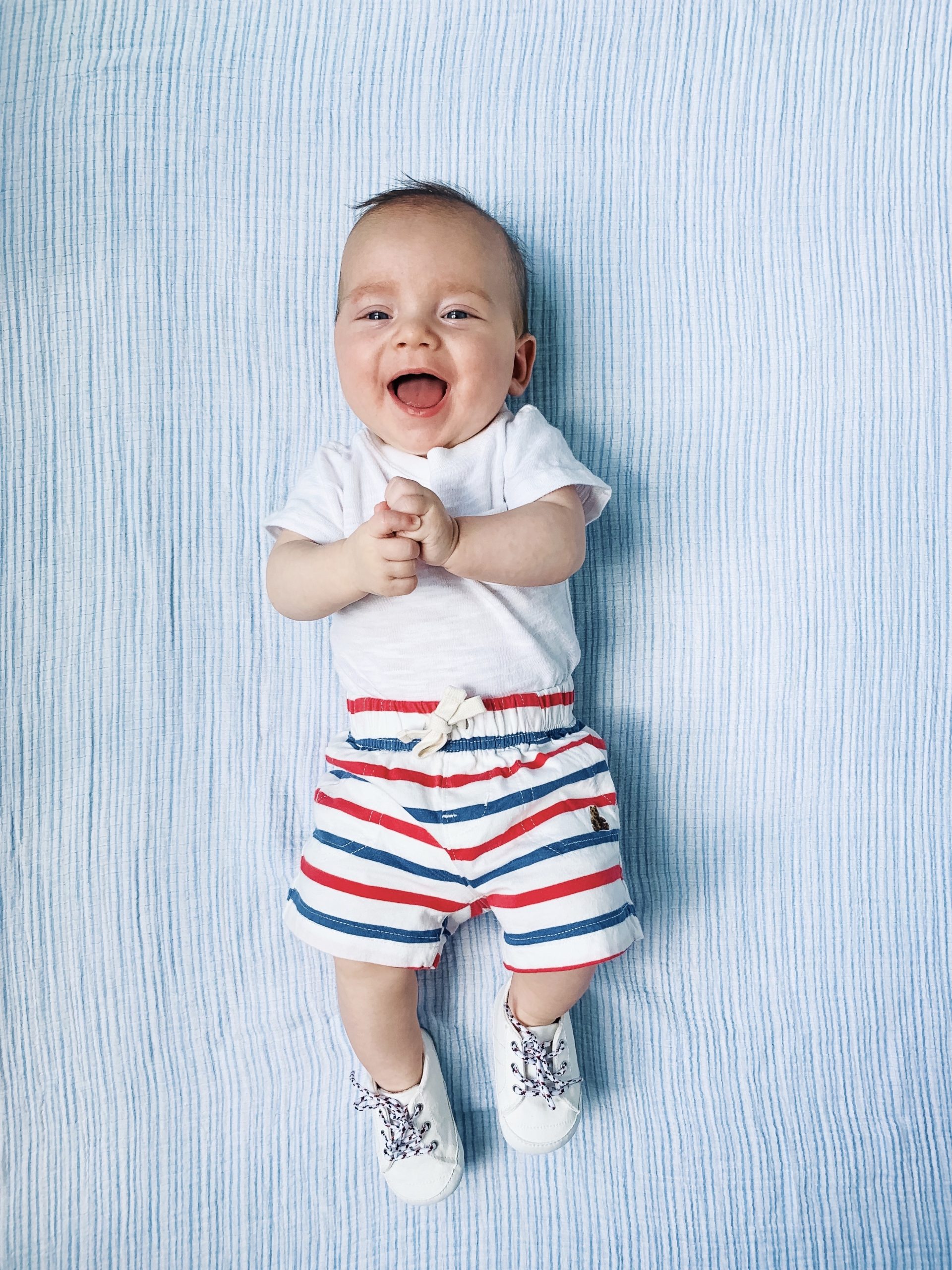 Porter’s new favorite trick is blowing bubbles. He loves pool time and has had a few playdates with friends! He has also been playing with his toys a lot more now that he can hold them in his hands- his favorite is the baby dumbbell rattle. 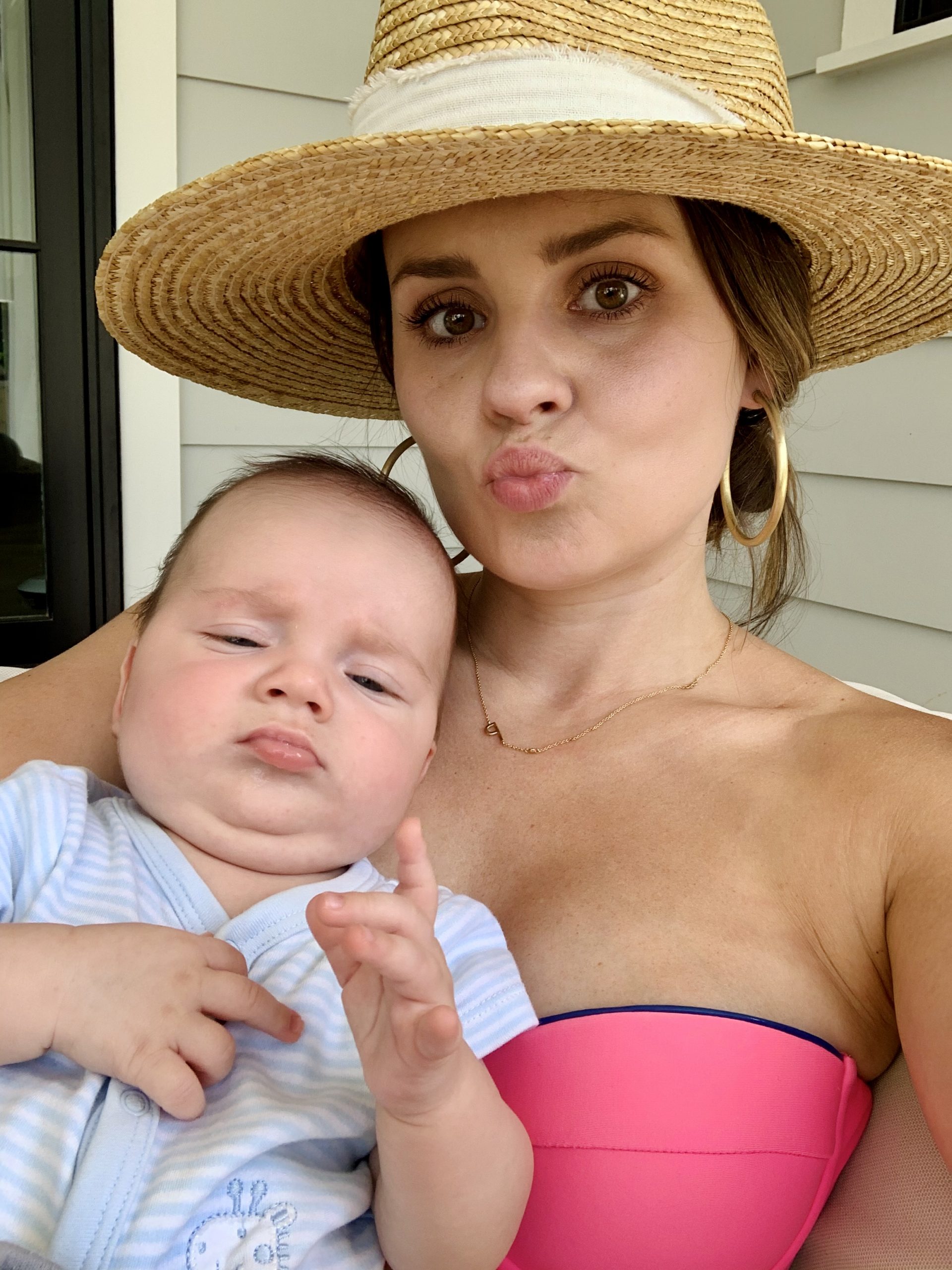 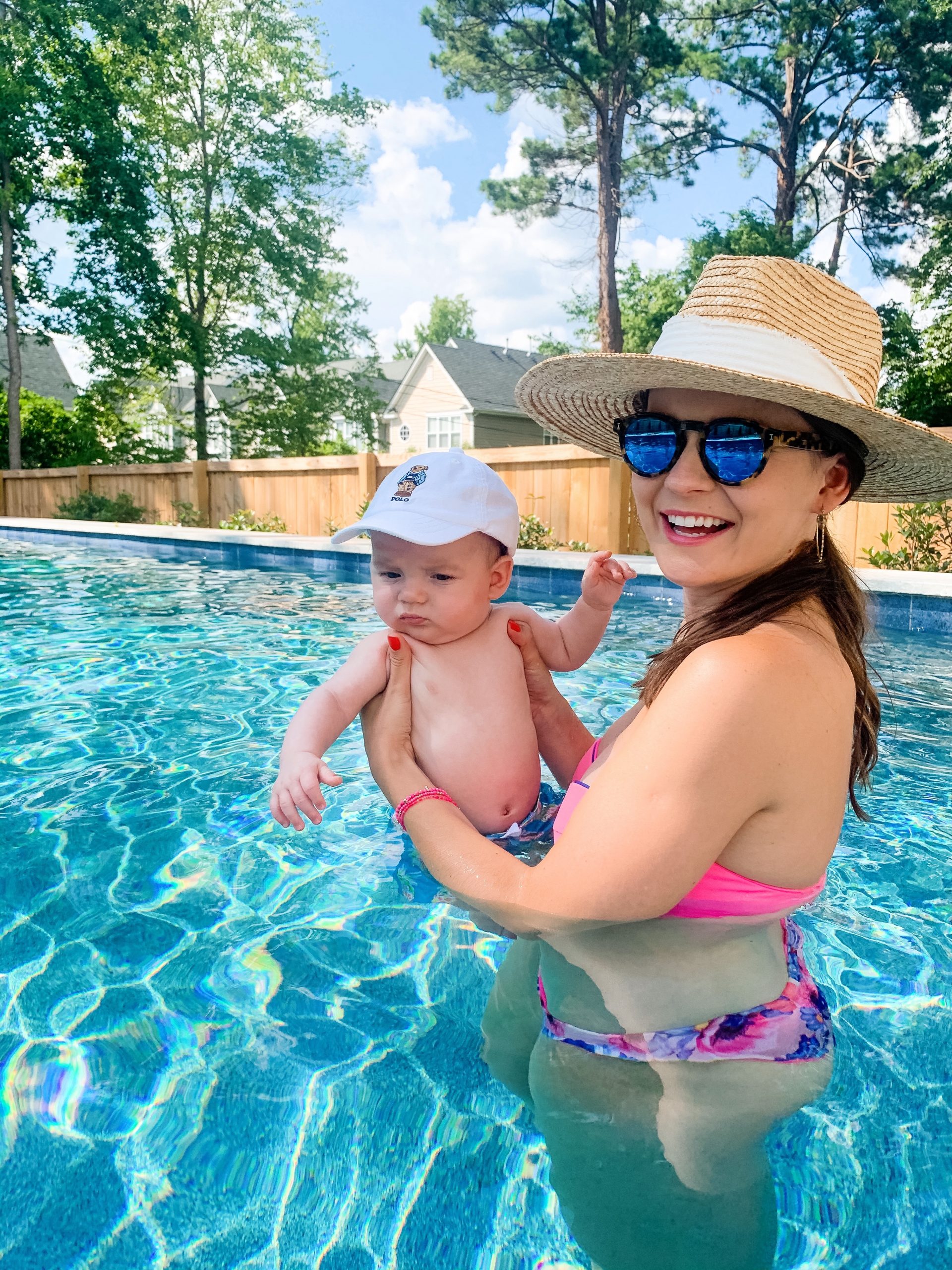 There still isn’t much that this baby doesn’t like. Last month I mentioned we were doing PT exercises because Porter had developed a flat spot on his head and unfortunately it wasn’t able to correct itself. We ended up getting the cranial helmet and he started his journey almost 2 weeks ago (will share a more detailed blog post soon). He didn’t like it the first day- he was definitely more fussy and was not a fan of tummy time BUT he adjusted so quickly and it doesn’t bother him at all! Plus, he looks adorable in it and even more chunky! 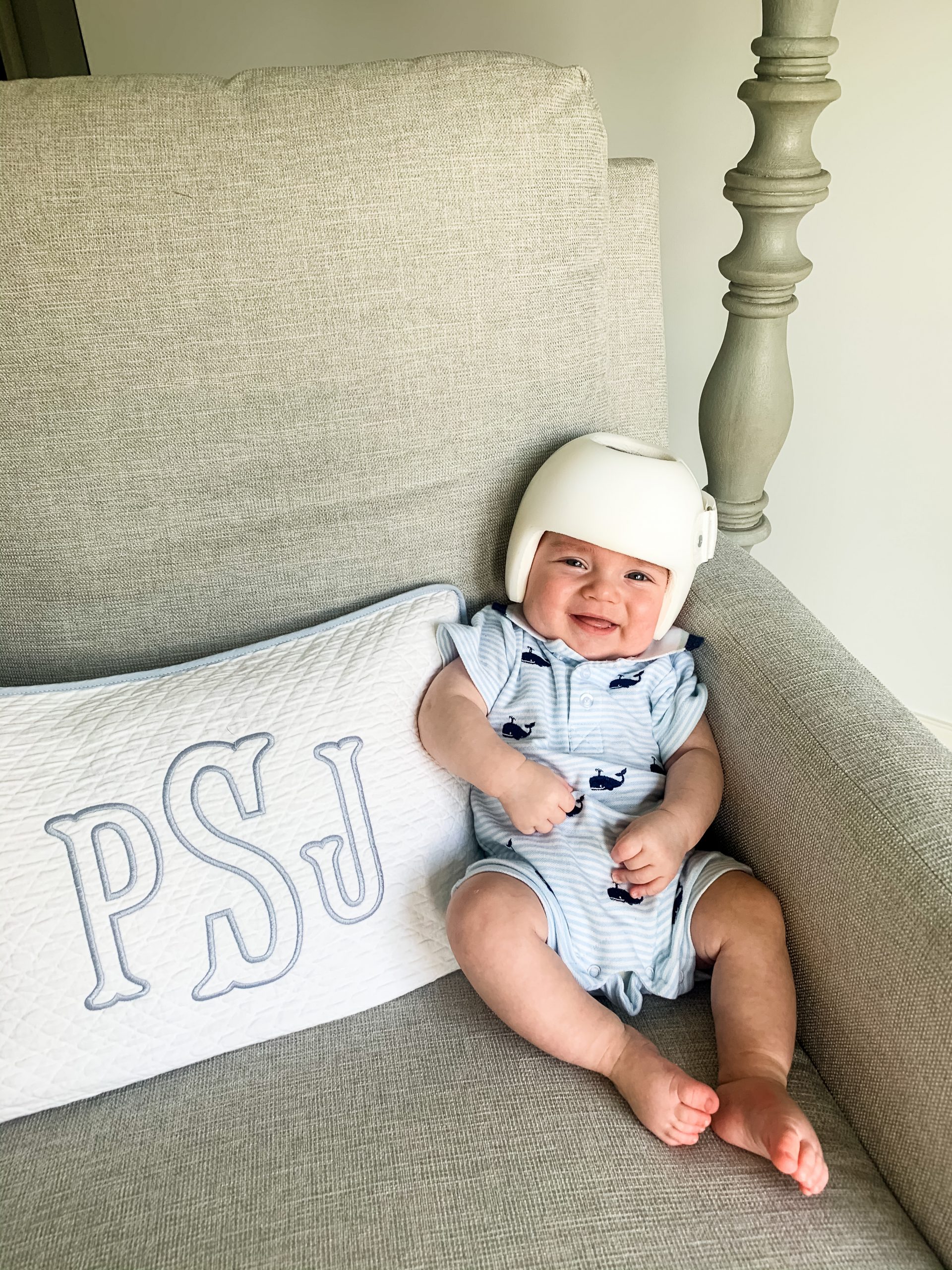 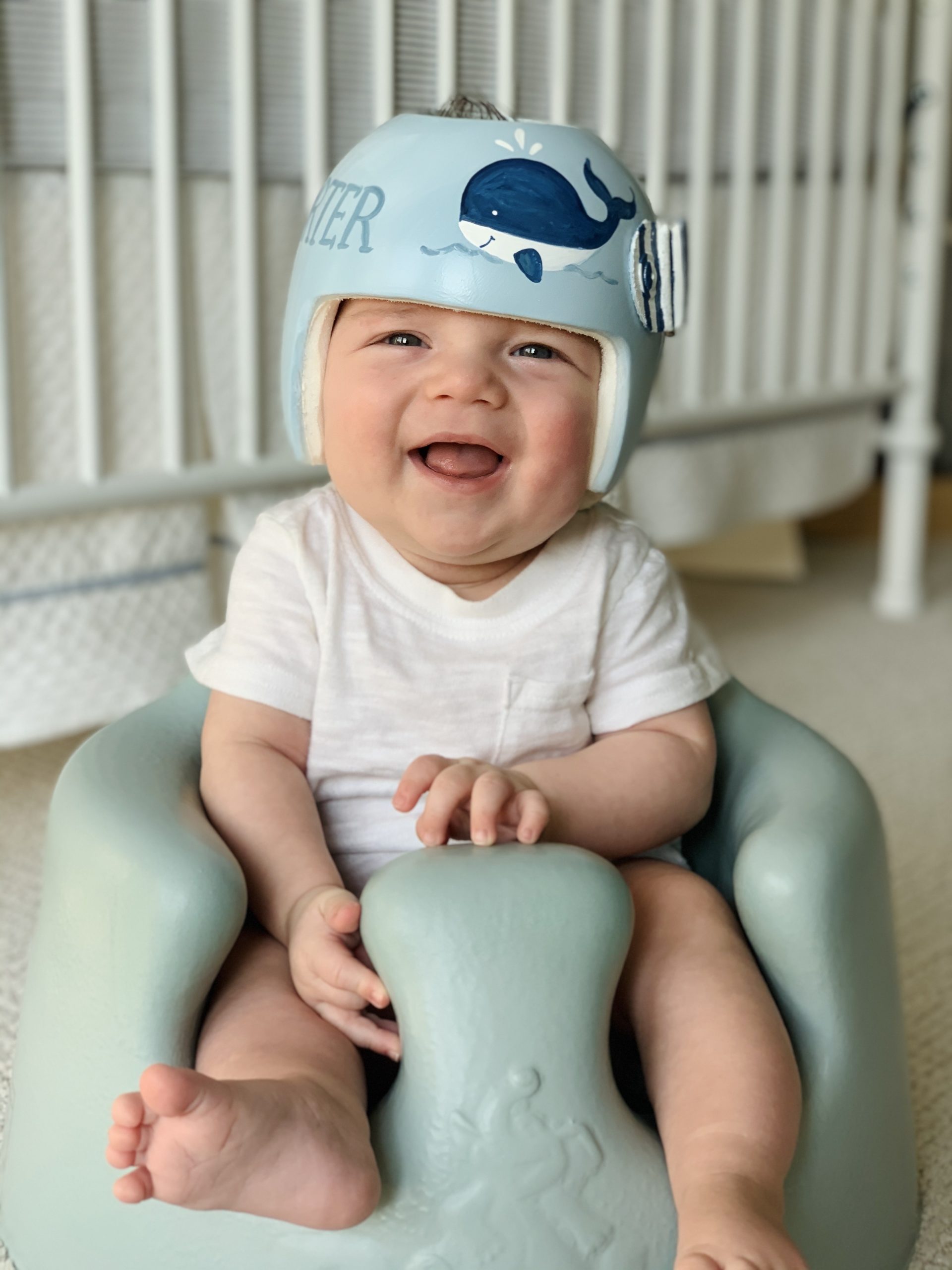 We are still doing combination feeding with a mix of nursing and bottle feeding (with 2 bottles of formula). I nurse every morning and for his bedtime feed on days I’m not working. Our pediatrician recommended starting solids closer to 6 months so that will be our next adventure! 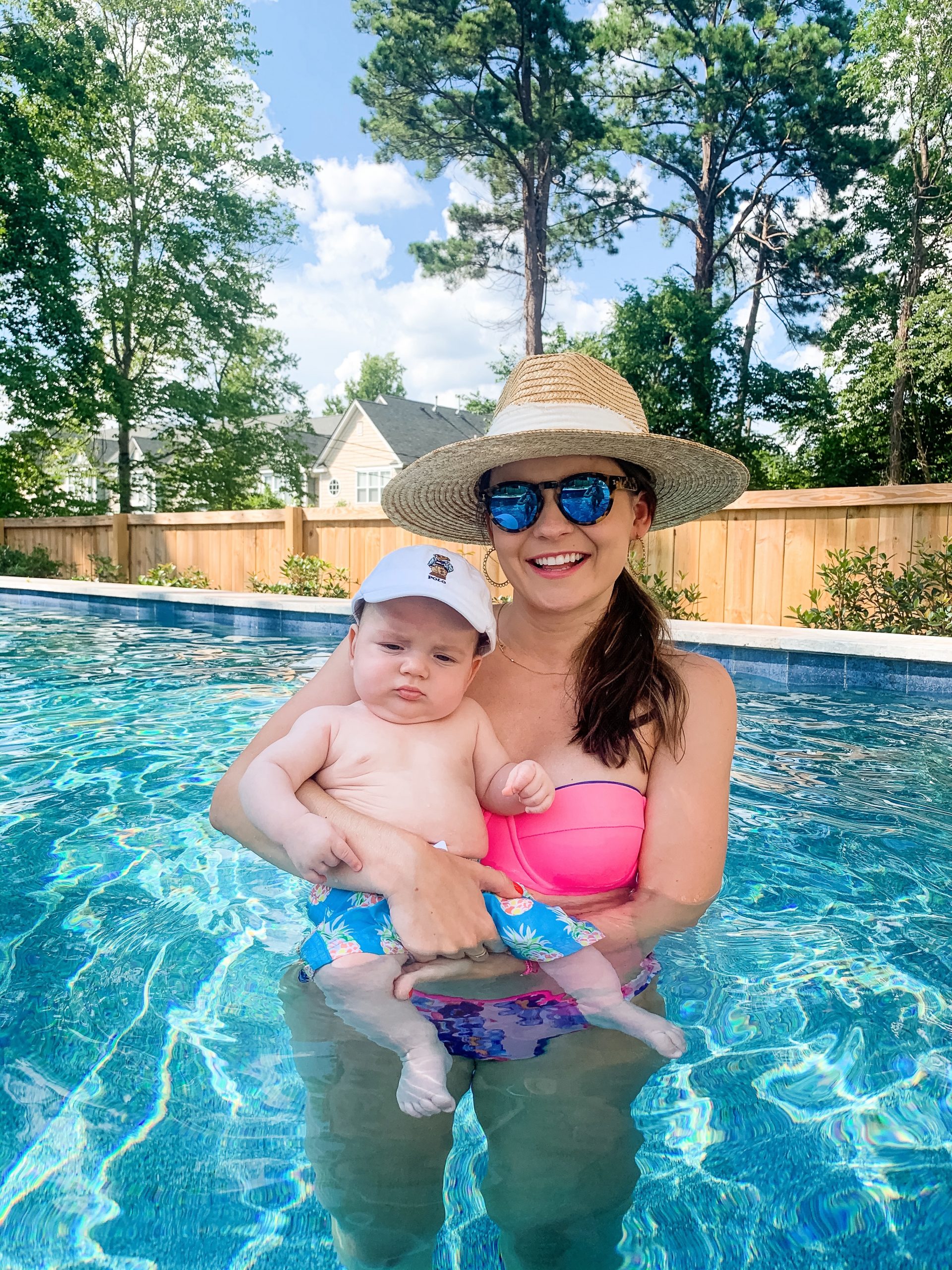 Porter is still sleeping through the night and napping better than ever- he loves sleeping on his belly now! I was concerned that he might have a hard time the first few nights with the helmet but I was pleasantly surprised- it didn’t affect his sleep at all. He’s still taking 4 naps per day and is my rockstar sleeper! 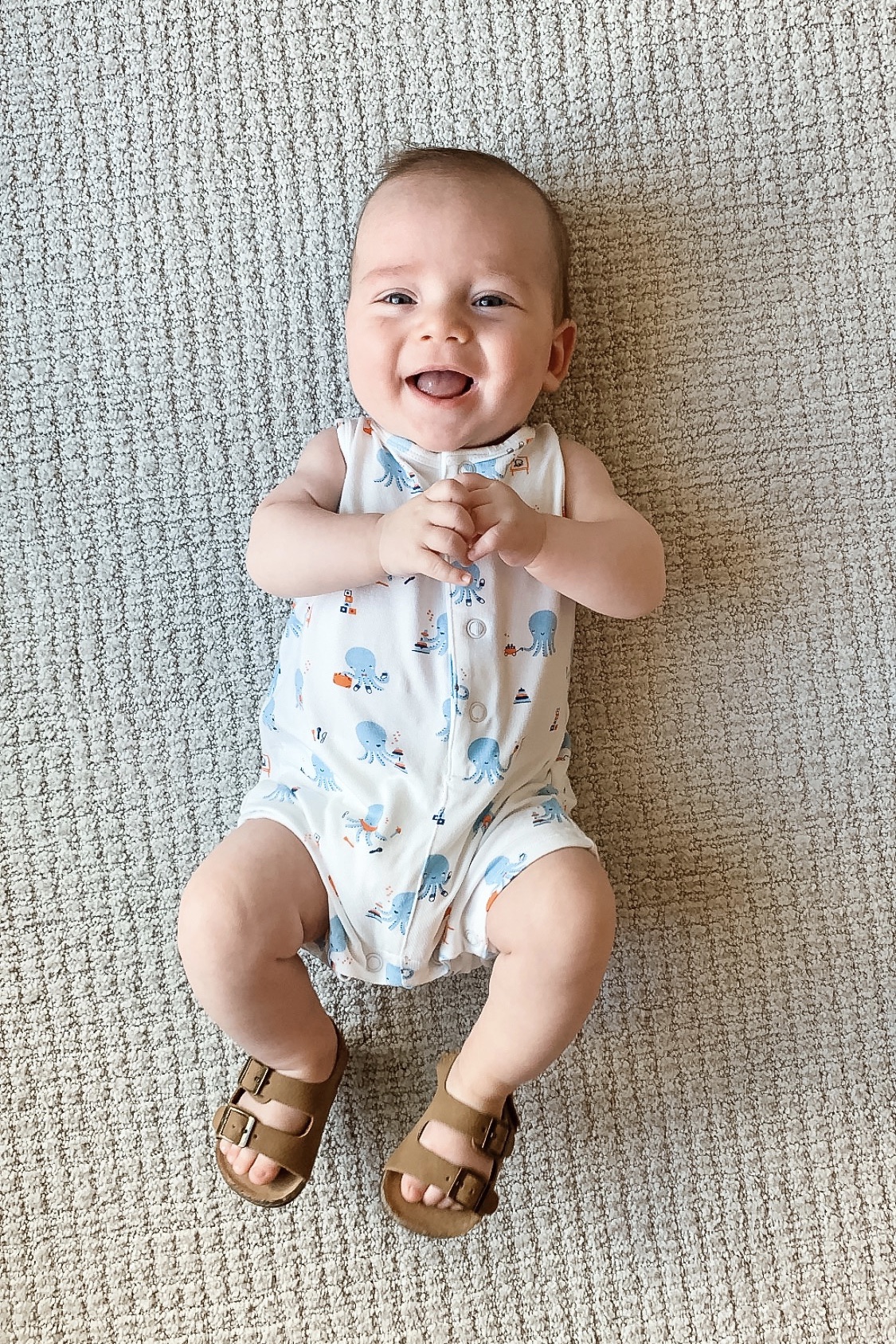 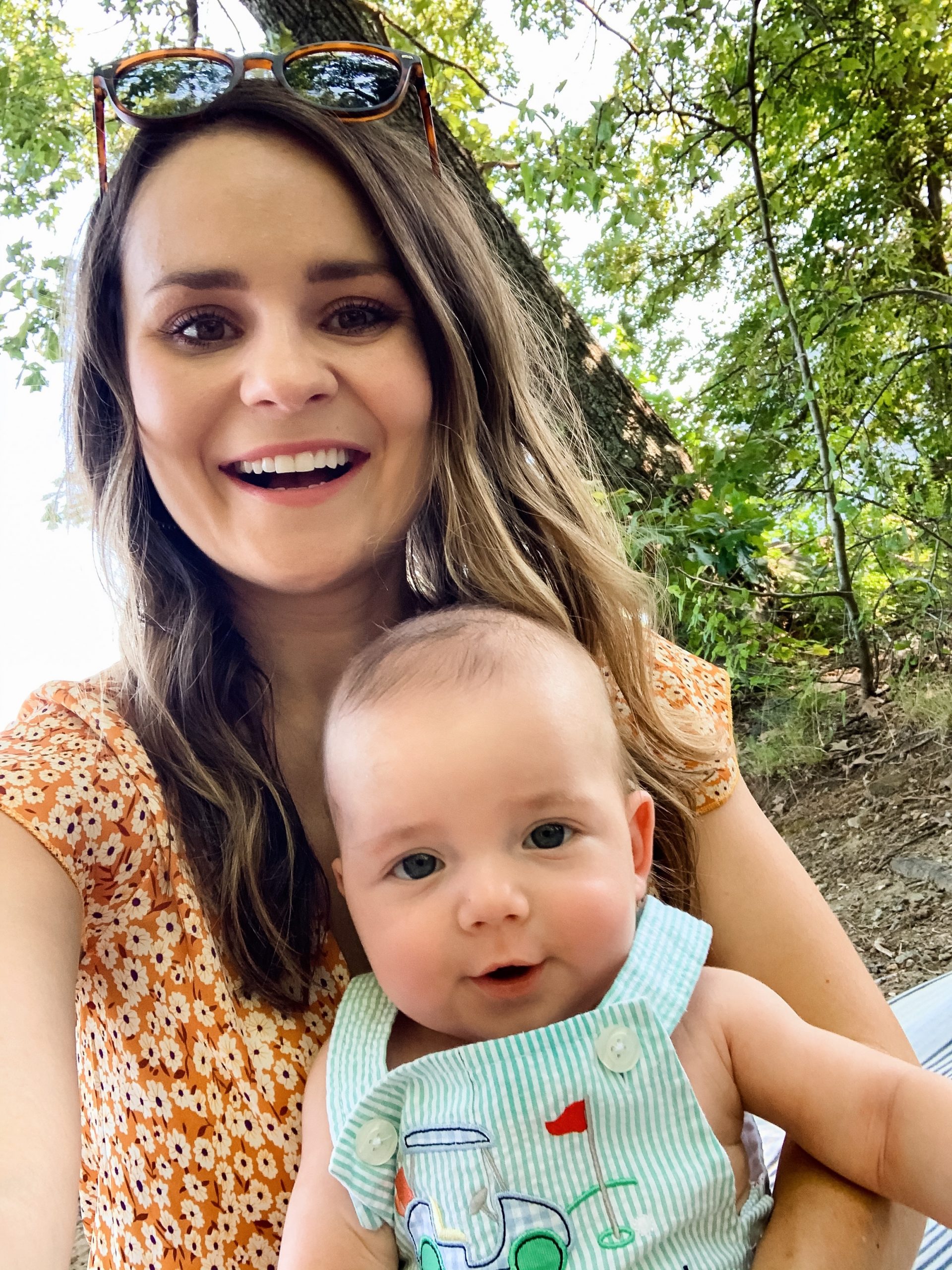 Porter is now rolling over! We just transitioned him out of the Merlin sleep suit into the Halo sleep sack right before he got his cranial helmet. As soon as his hands were free, he started to roll and now is an official belly sleeper. He is also starting to laugh which absolutely melts our hearts!

We also celebrated Ryan’s first Father’s Day and had a few friends over for the 4th of July. So far we’ve had a pretty good summer and our little guy makes it that much more fun! 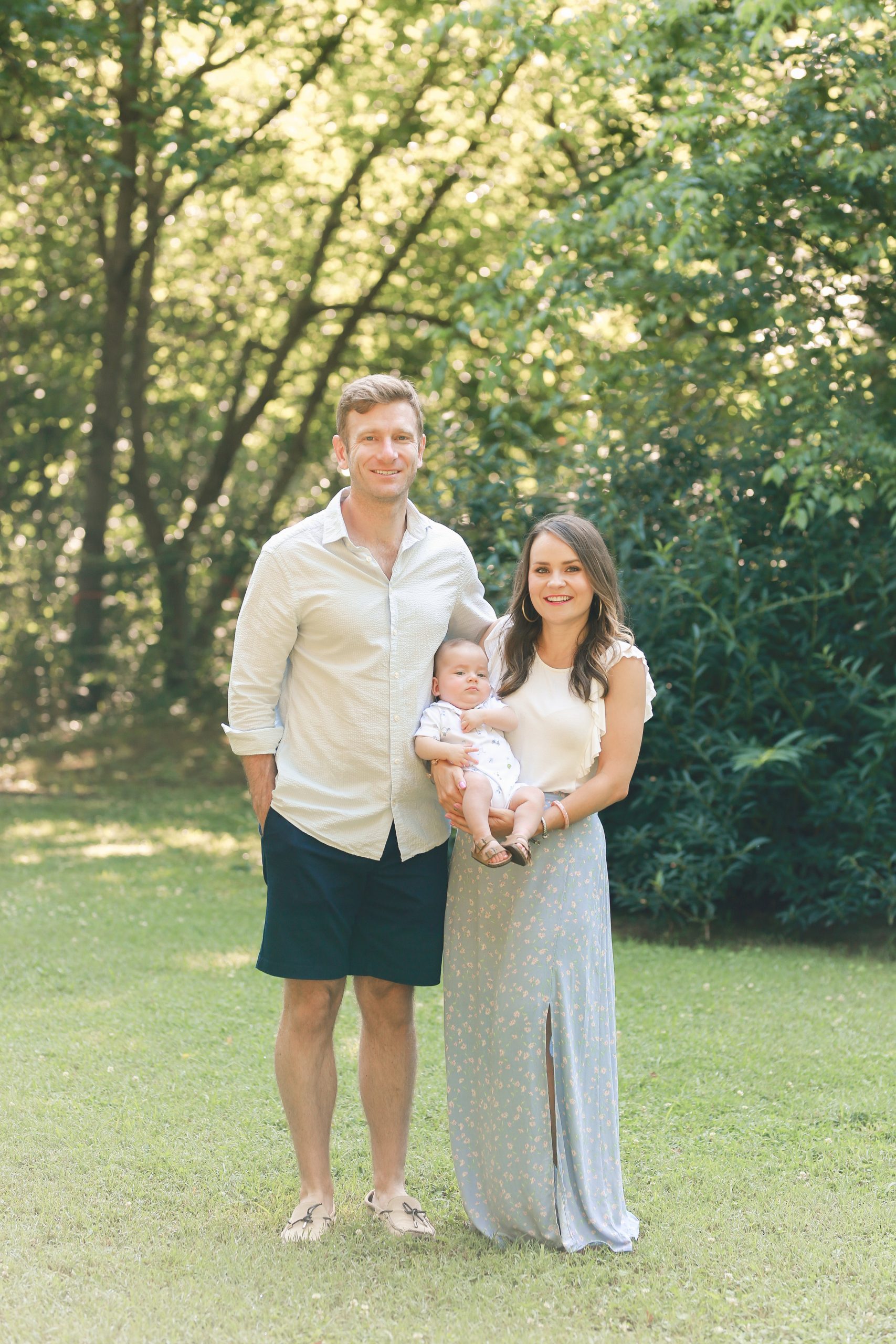 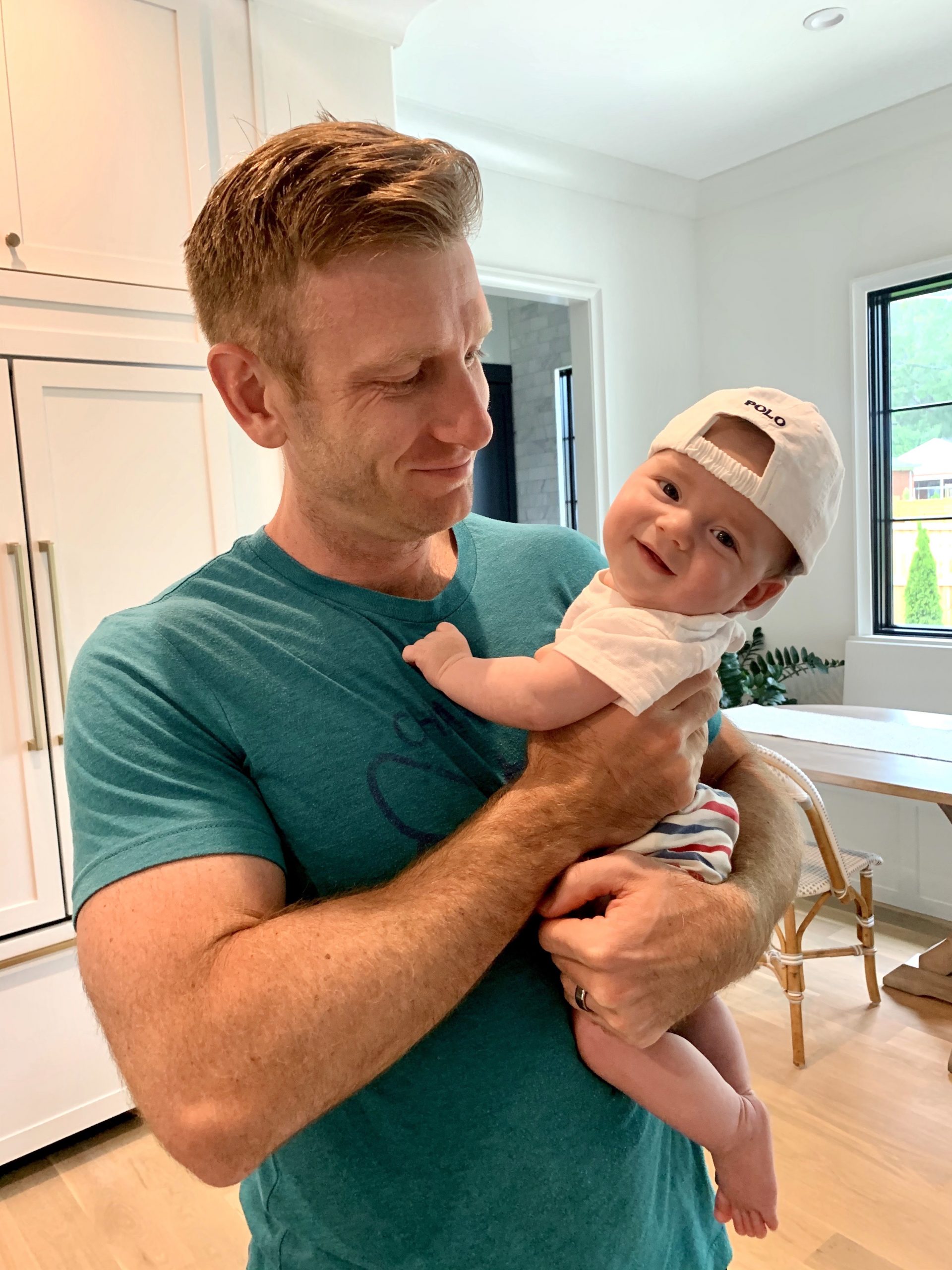 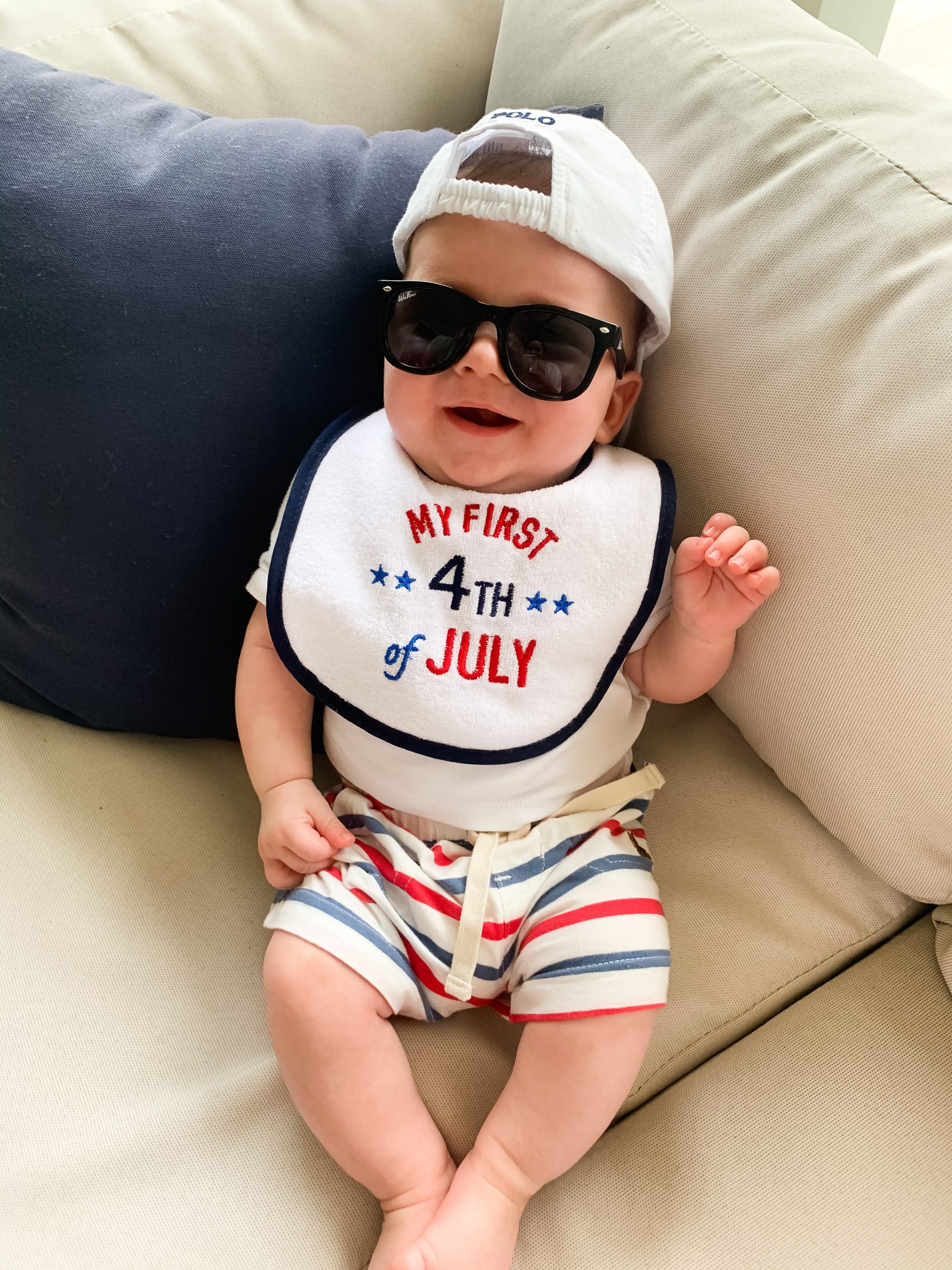