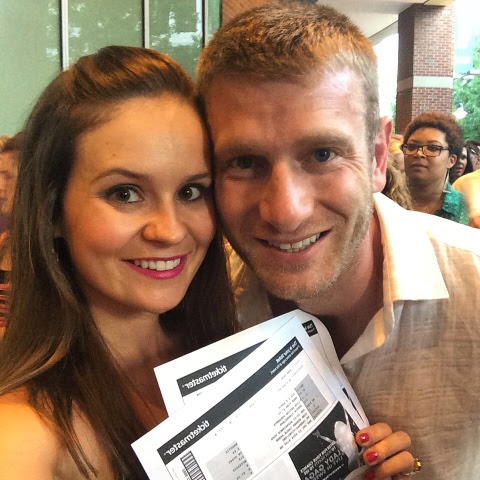 Ryan has been full of fun surprises lately and was trying his best to find some lower level Justin Timberlake tickets that didn’t cost an arm & a leg (we’re talking $400+ for lower level, people!).  After dinner on Friday, he told me about this plan and how some Craigslist people were trying to scam him (typical) and how it was supposed to be a surprise.  Of course I told him that he was so sweet for trying, but it wouldn’t be the end of the world.  He didn’t think I’d want to sit in the upper level, but we went ahead & checked out those tickets on Saturday.  That night at 6pm we decided we were going (yay!)- we found tickets for $60 each so to the nosebleeds we went!
I was so very excited to get some last minute tickets at a steal but the night just got better.  During JT’s 3rd song we decided to get a beer… best decision ever! We literally just stepped in line when one of the staff walked up to us and offered to move us down to the lower level… UPGRADE!!!  I was thinking- OMG this is too good to be true… how did she happen to choose us?  Well, we followed her down and got amazing seats directly across from the stage behind the VIP section.  Life.  Made.
View #1 (not the best but hey, at least we were there) 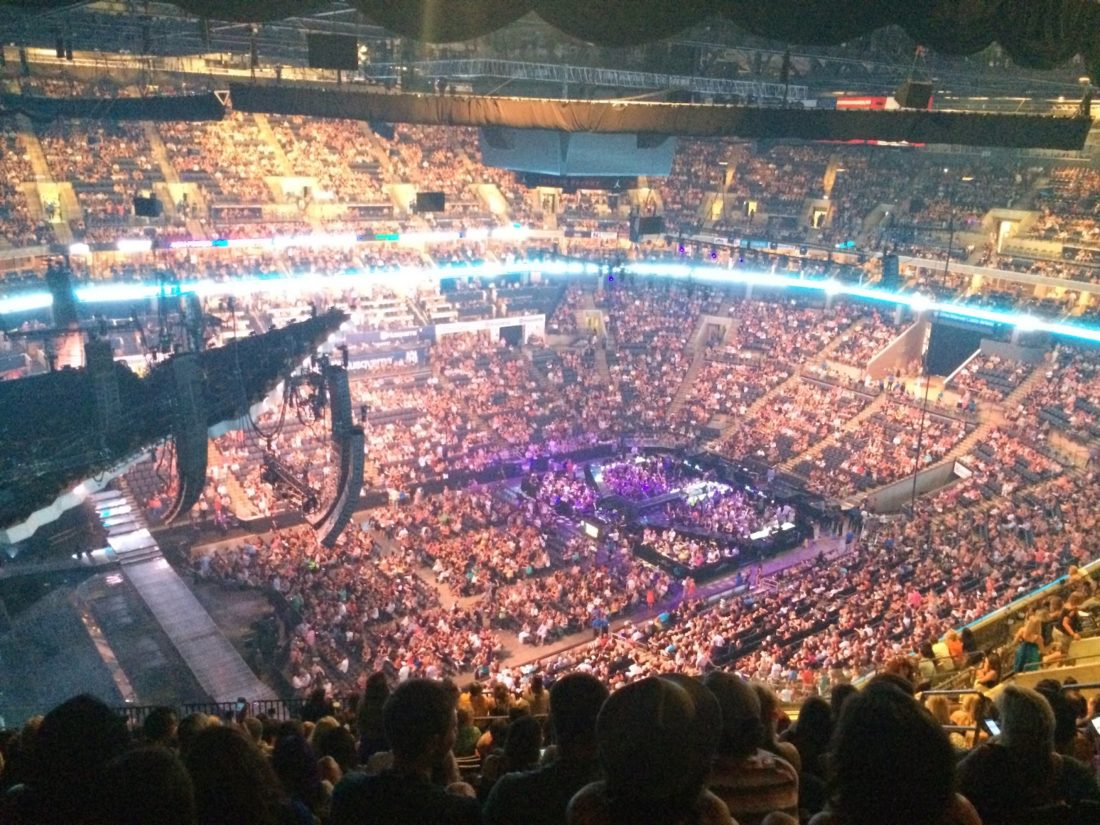 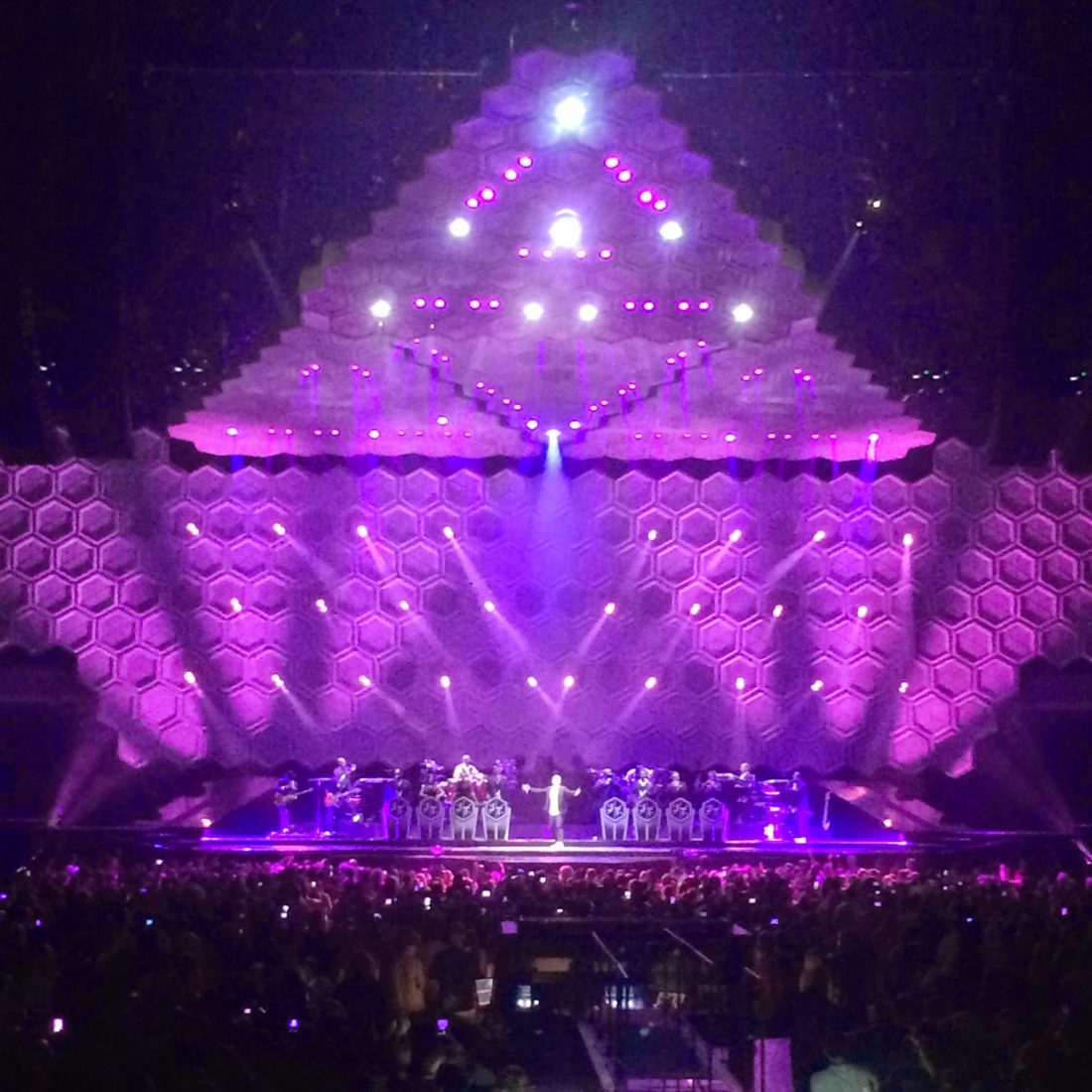 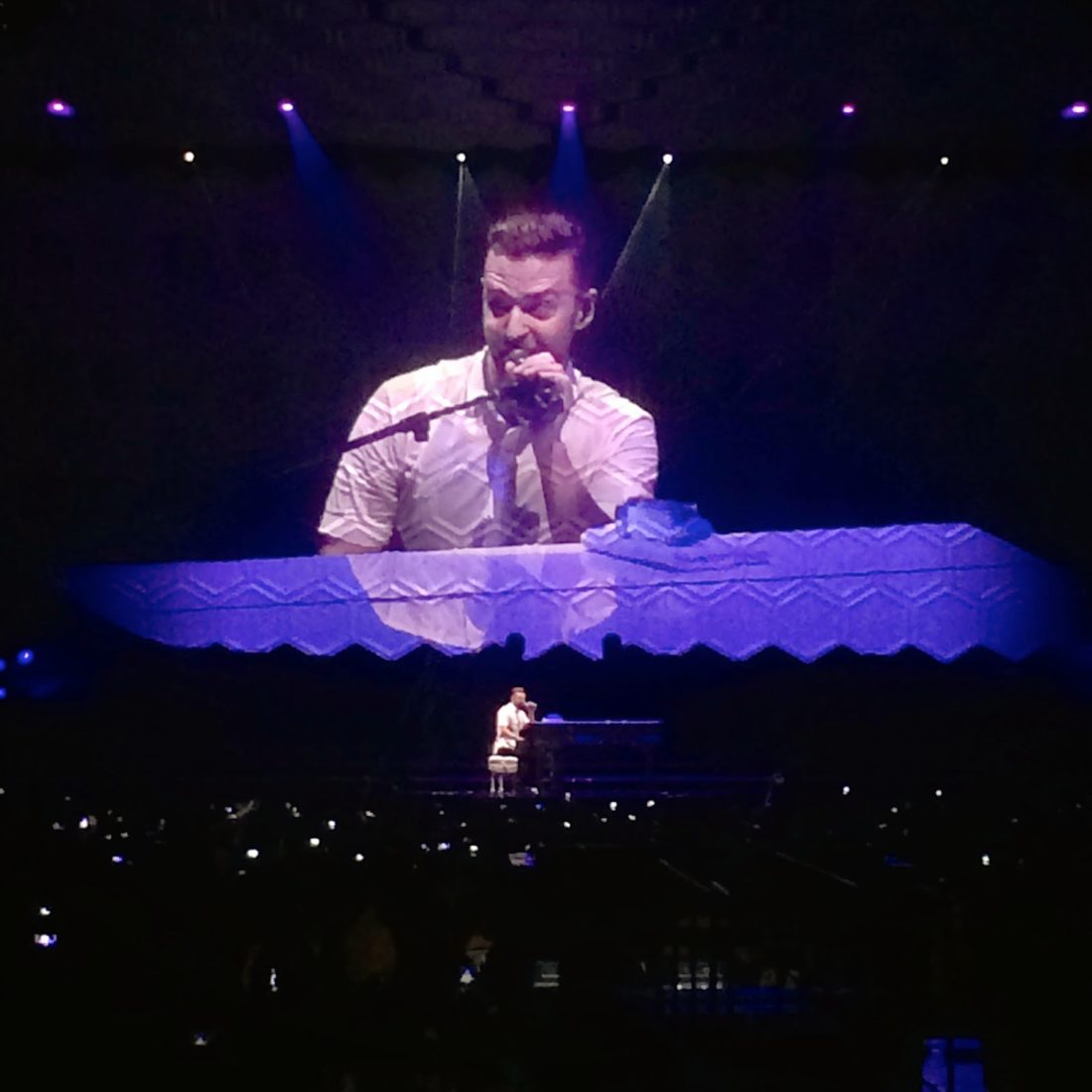 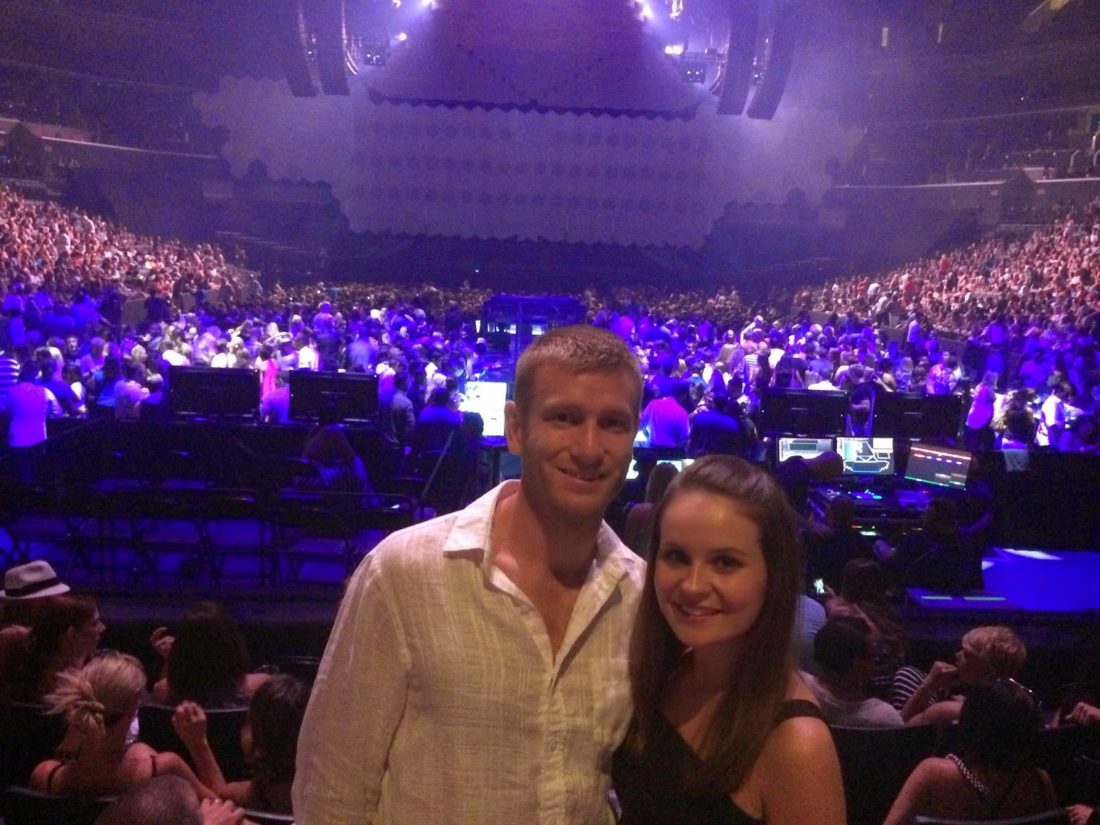 I hadn’t been to a concert in a while and had seriously been dying to see JT, so I was one happy lady!  The dancing and light show were awesome, no surprise there.  His stage had a platform that raised and traveled down a track to our end of the arena, so he was performing over the audience and got this close to us… ahhhhh!! 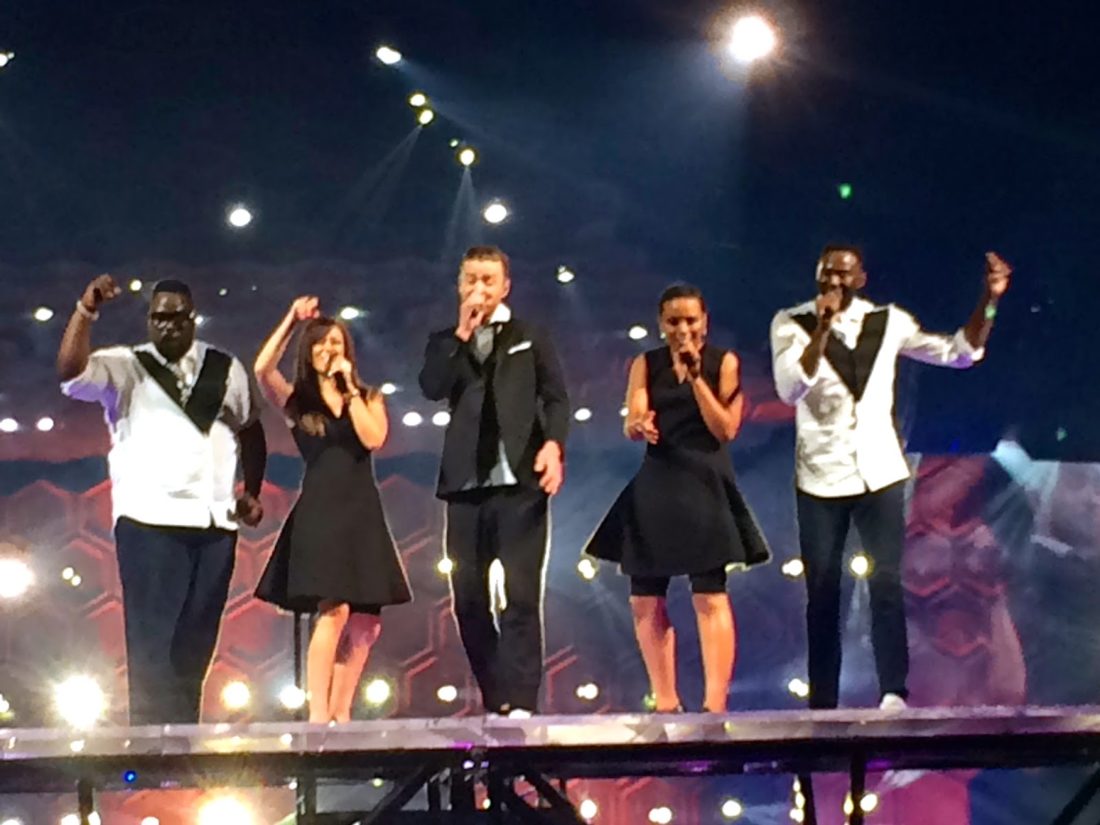 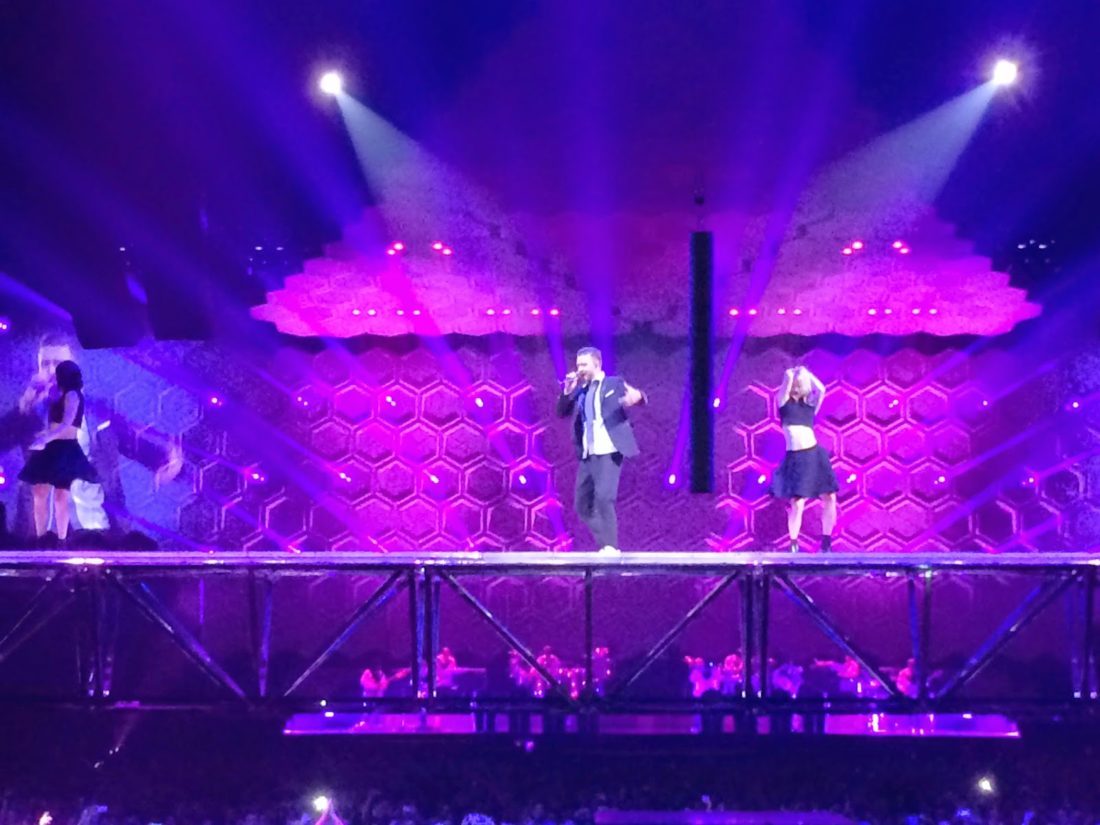 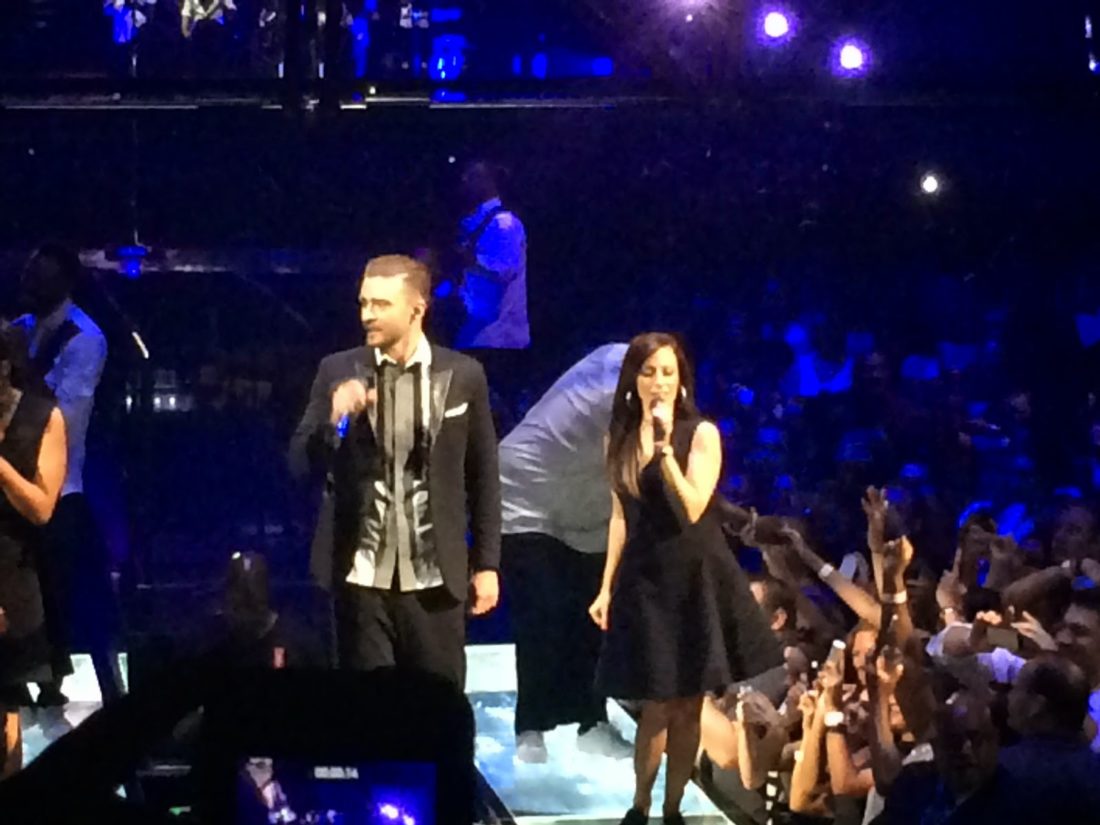 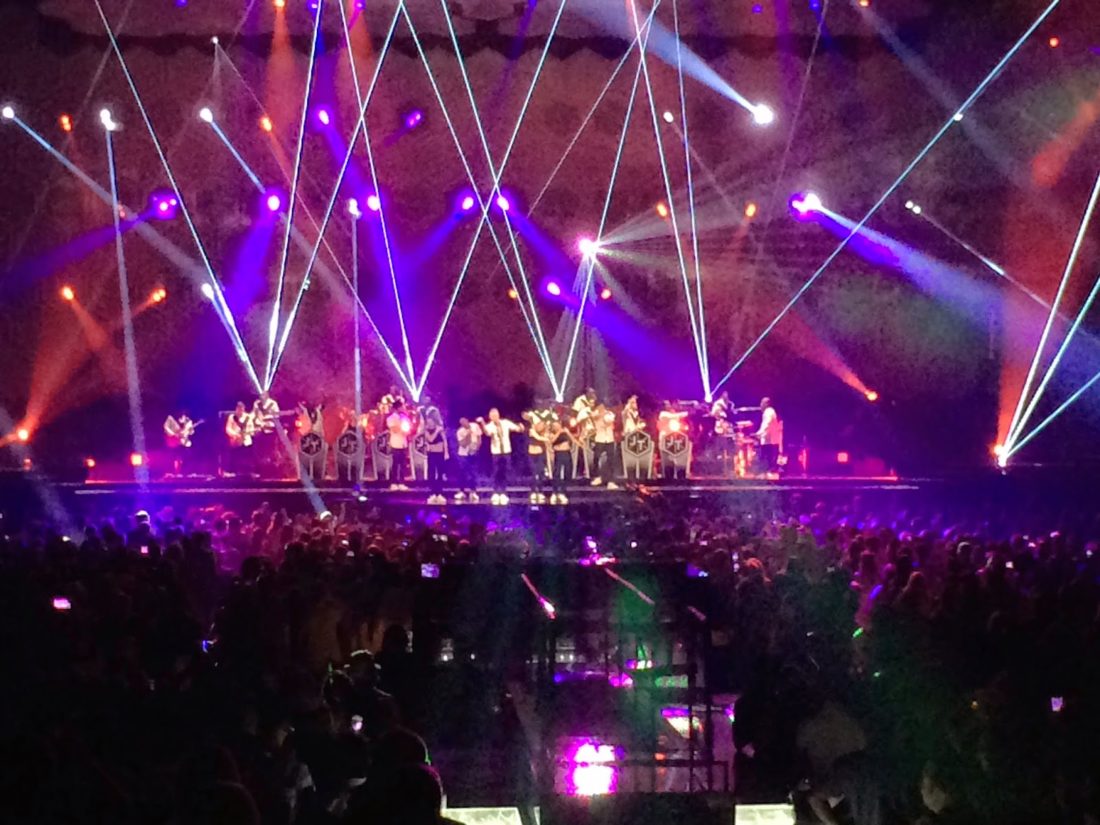 As if pictures weren’t enough, here are some videos for your viewing pleasure!
Hope y’all enjoyed this little sneak peak into a JT concert.  Next time he’s on tour do not miss it because this was definitely my favorite concert ever!!!
In other news, Medicine & Manicures now has its own domain! Ps.  I want to give a big shout out to my sweet boy for being the best concert date and I’m wishing him a great first day at his new job… congrats babe!