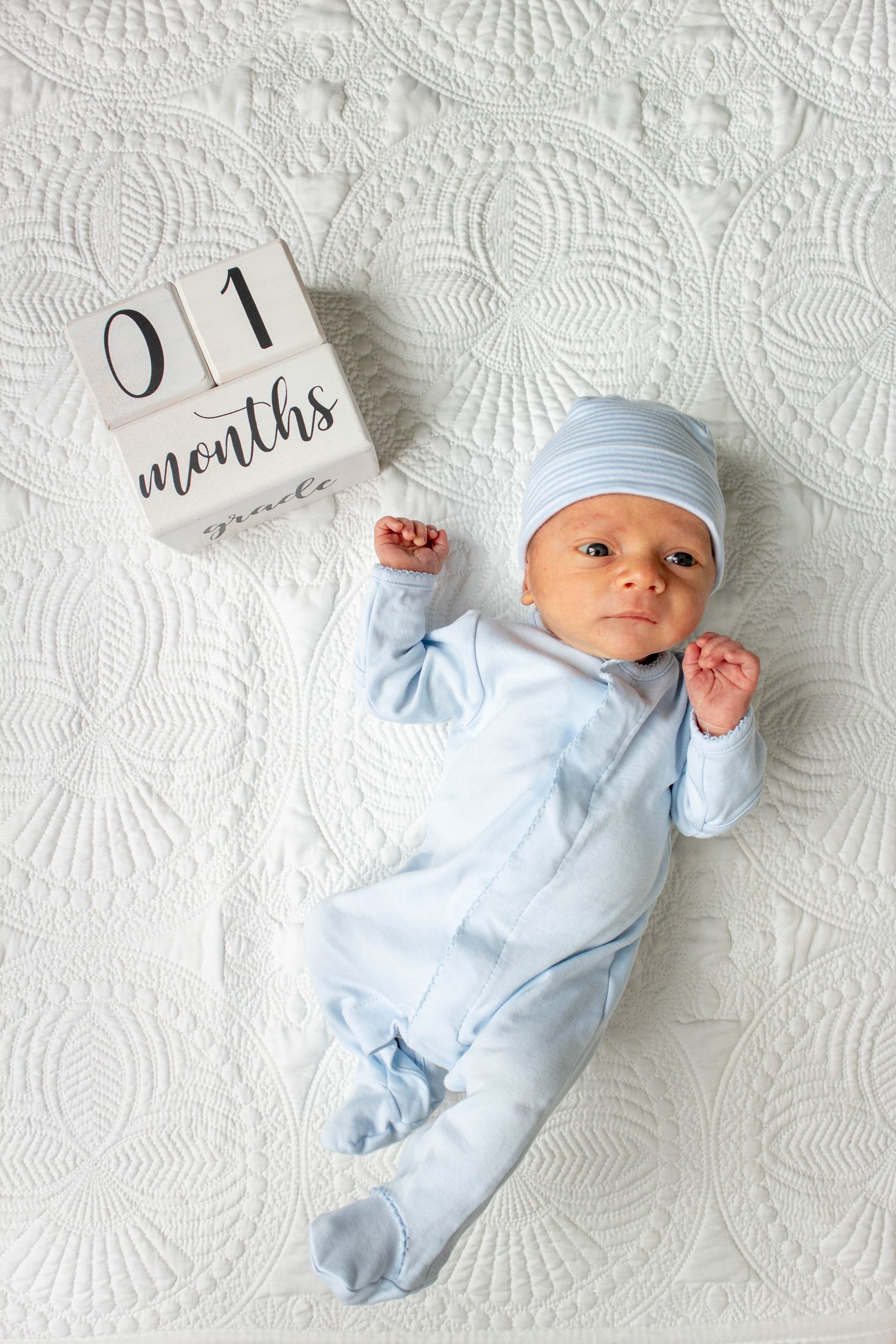 My sweet little Porter James is 1 month old!! Some days I still can’t believe that Ryan & I created this little human and that I’m a mom to the sweetest little boy. We’re parents now and our life is forever changed and I love it! Of course this first month has had its challenges but getting to know Porter has been nothing short of amazing.  Each month I’ll be sharing few photos and highlights so let’s jump right in! 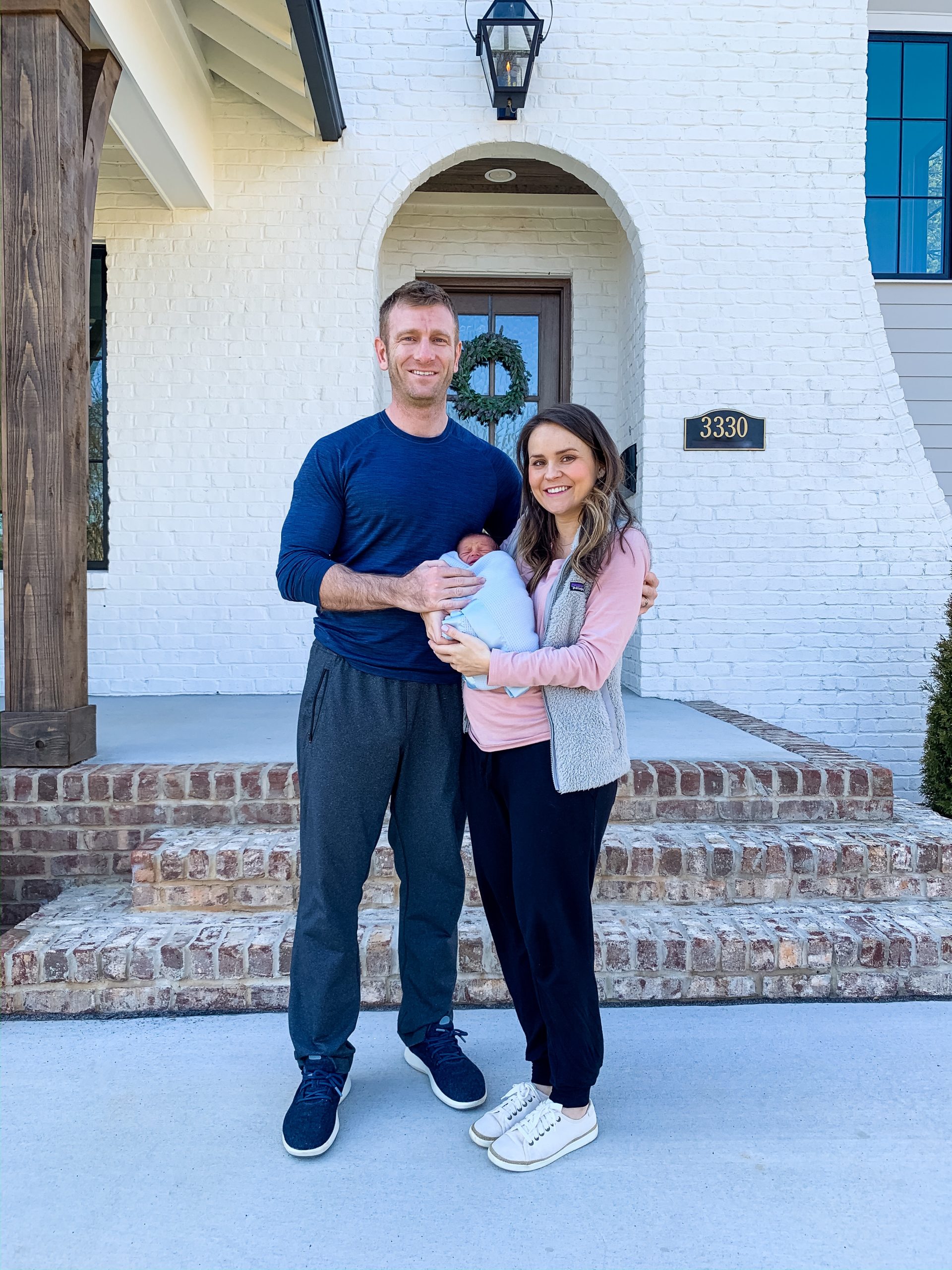 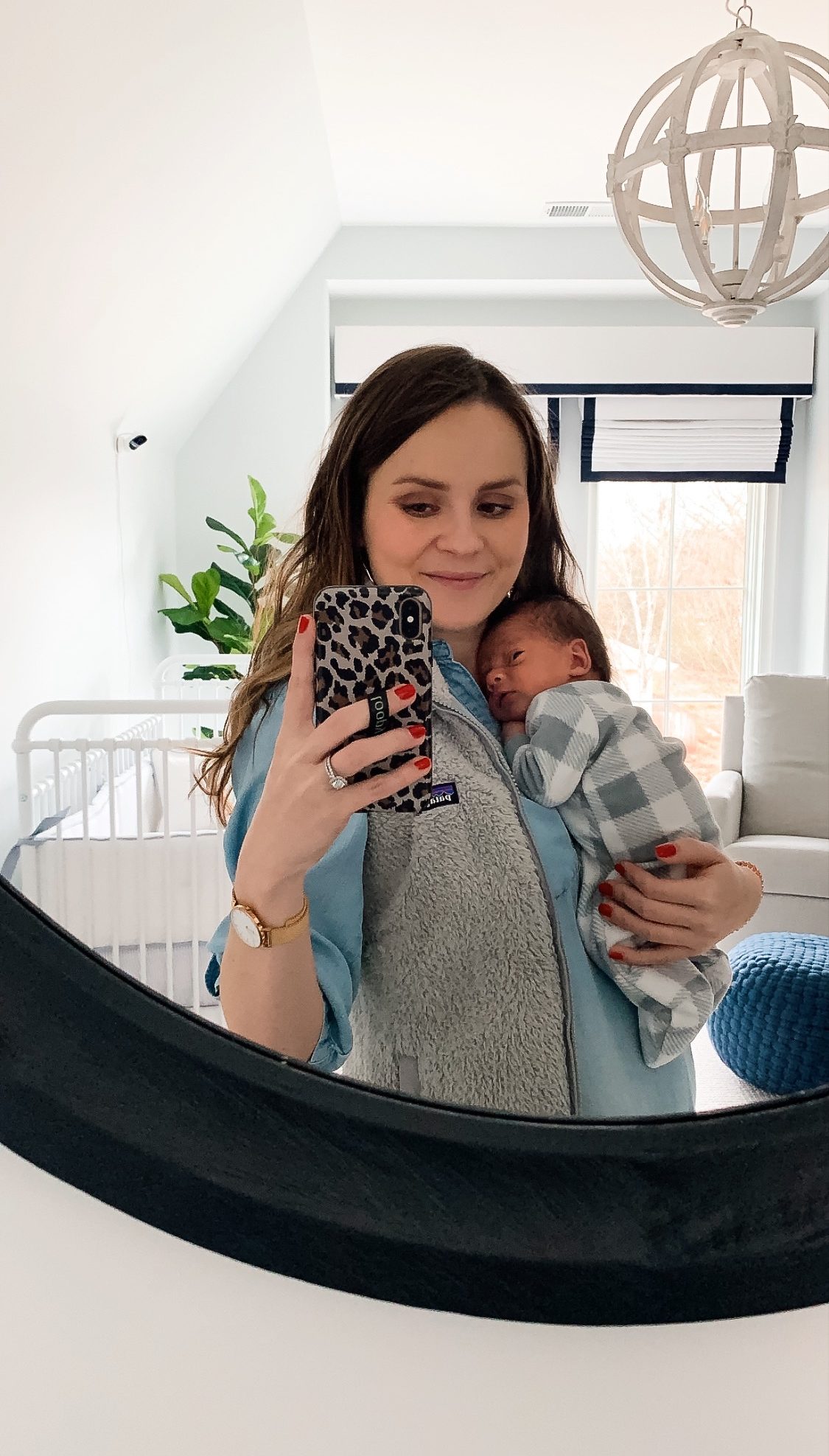 We had our 1 month check-up at the pediatrician yesterday and Porter is up to 6 lbs. 10 oz. He was only 5 lbs. 2 oz. at birth and I’m glad he’s steadily gaining weight but he’s still a little guy so we have to work on fattening him up a little bit (see more in ‘Eating’ below). He’s still wearing mostly preemie clothes but is starting to fill out his newborn outfits a little more! 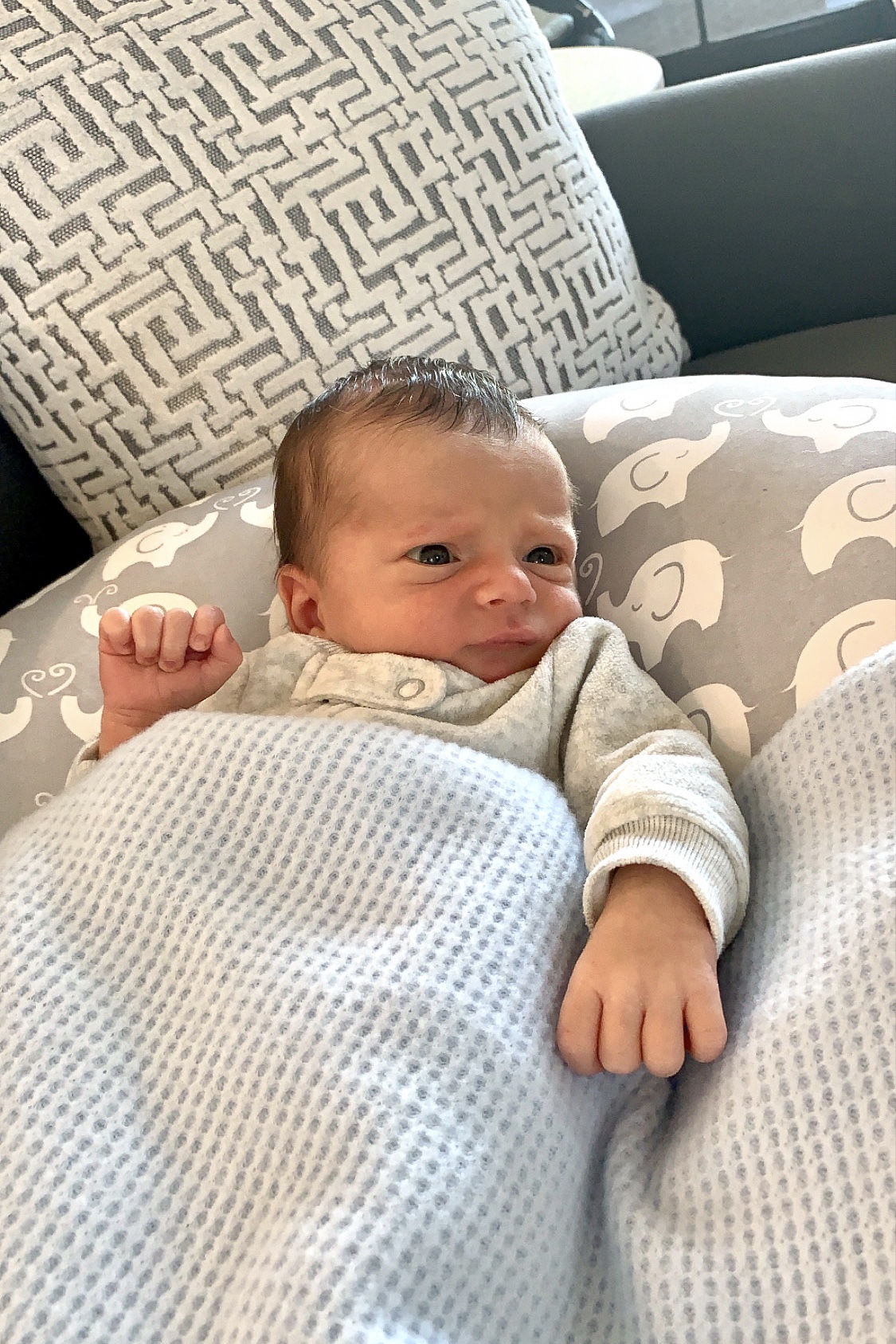 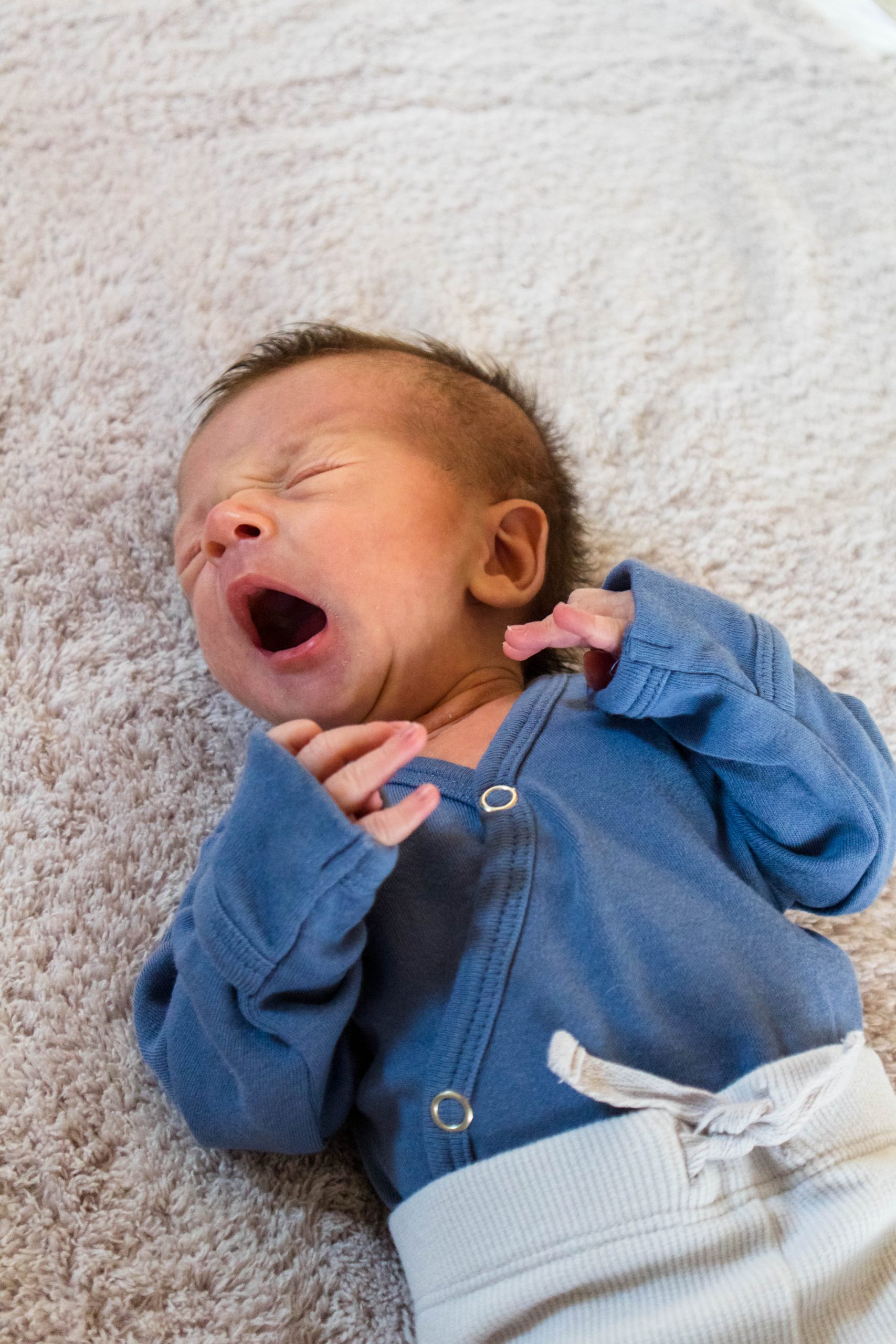 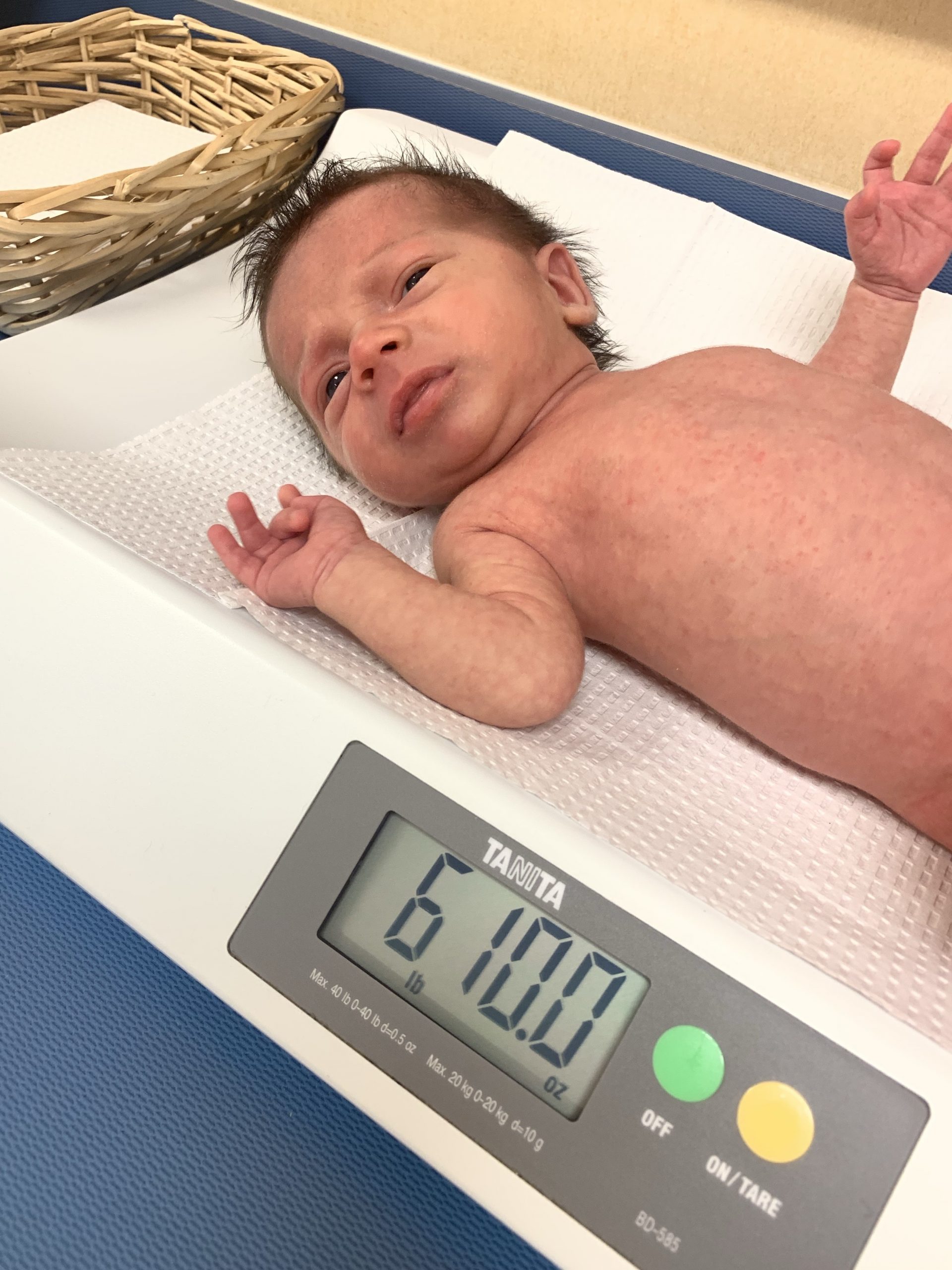 Porter loves to snuggle with mom and dad, especially skin-to-skin when lying on our chests. He loves hanging out in his Mamaroo or on the couch in one of his loungers. He also likes strolls in his bassinet around the neighborhood. Not much else really going on at the 1 month stage other than eating, sleeping, peeing and pooping! 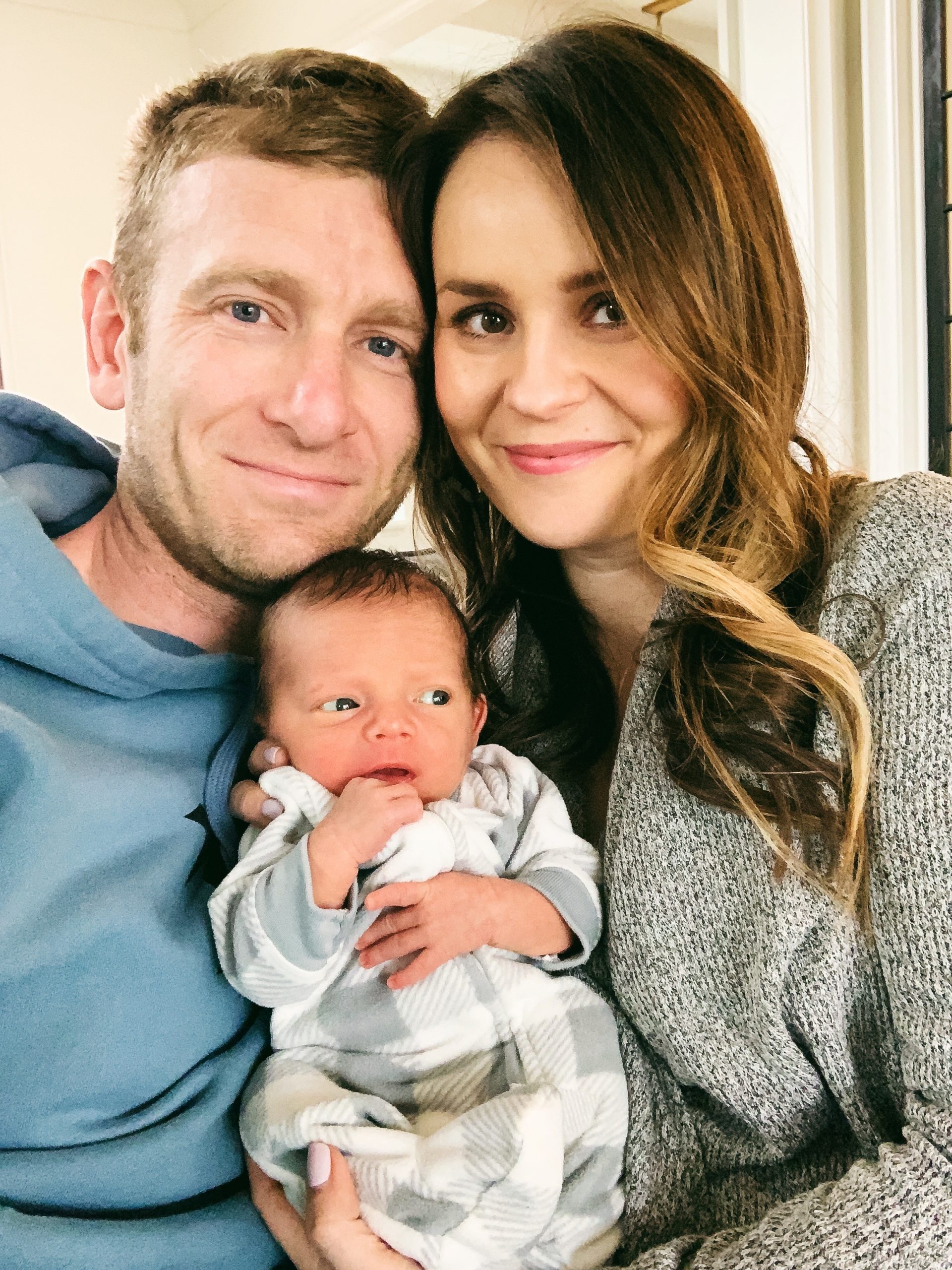 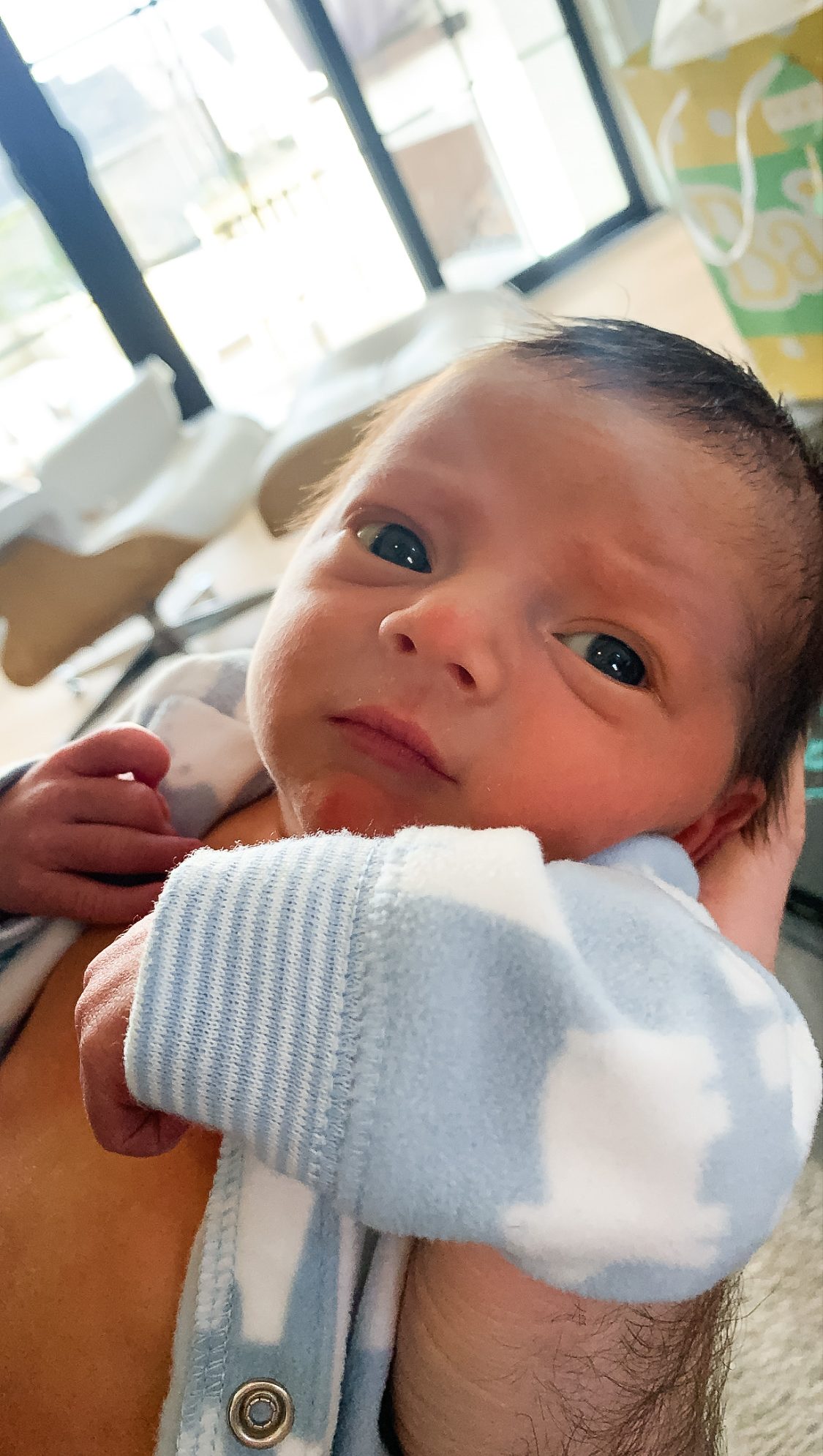 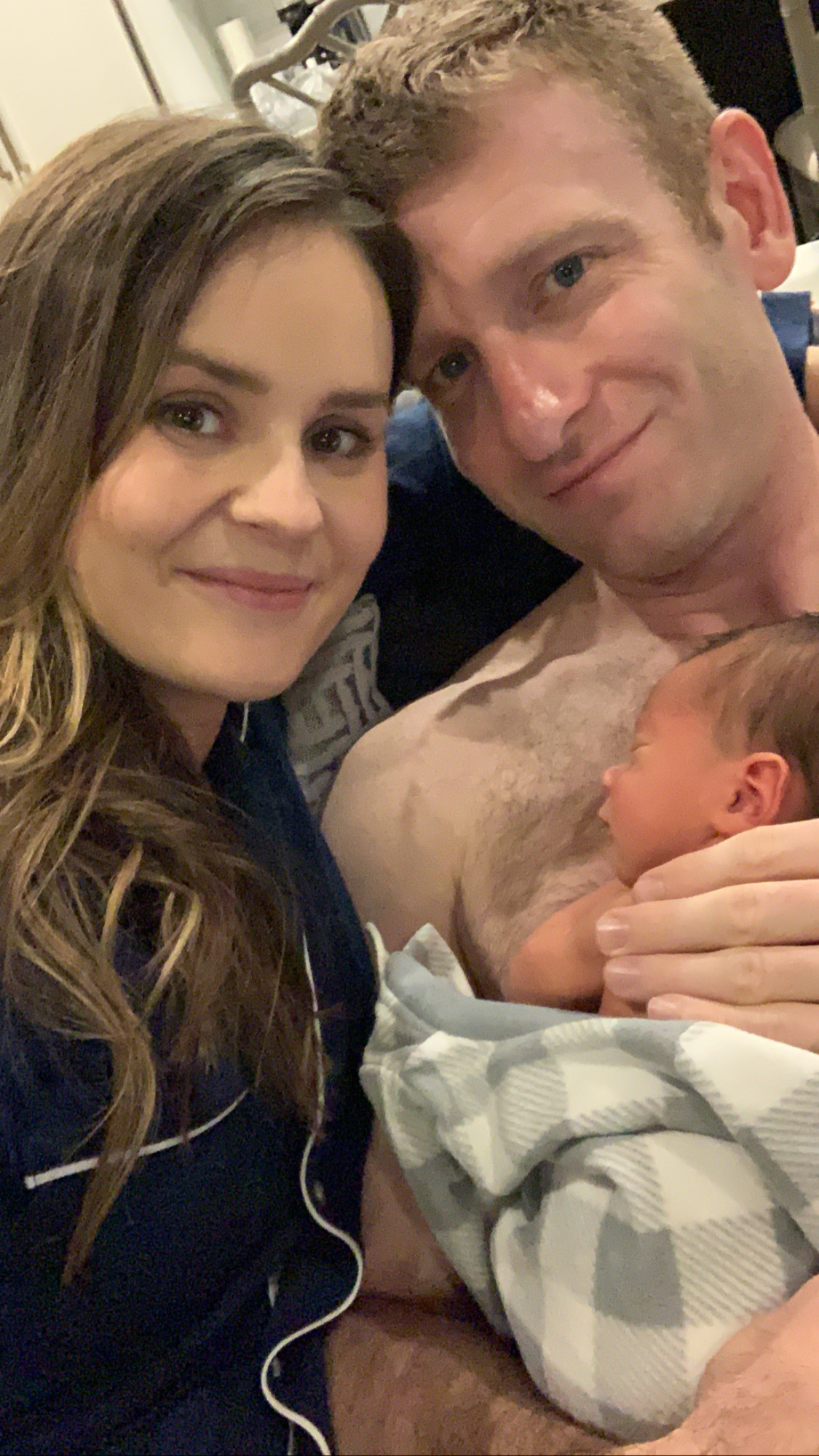 He’s not a fan of diaper changes or outfit changes for that matter. Sometimes he screams his head off during diaper changes but luckily not at night (the Baby Shusher helps)! He’s also not a huge fan of bath time but I’m hoping that will change soon! 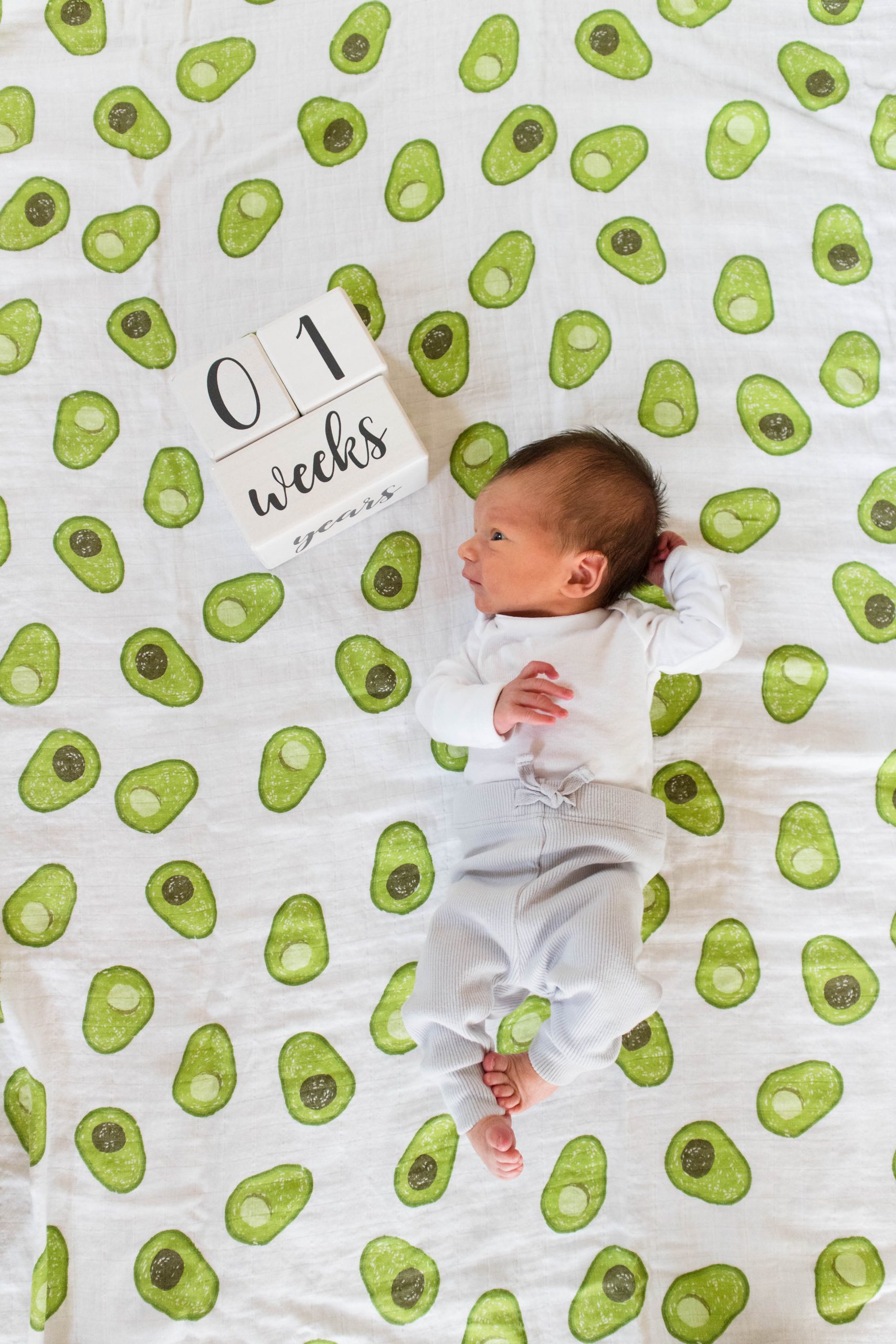 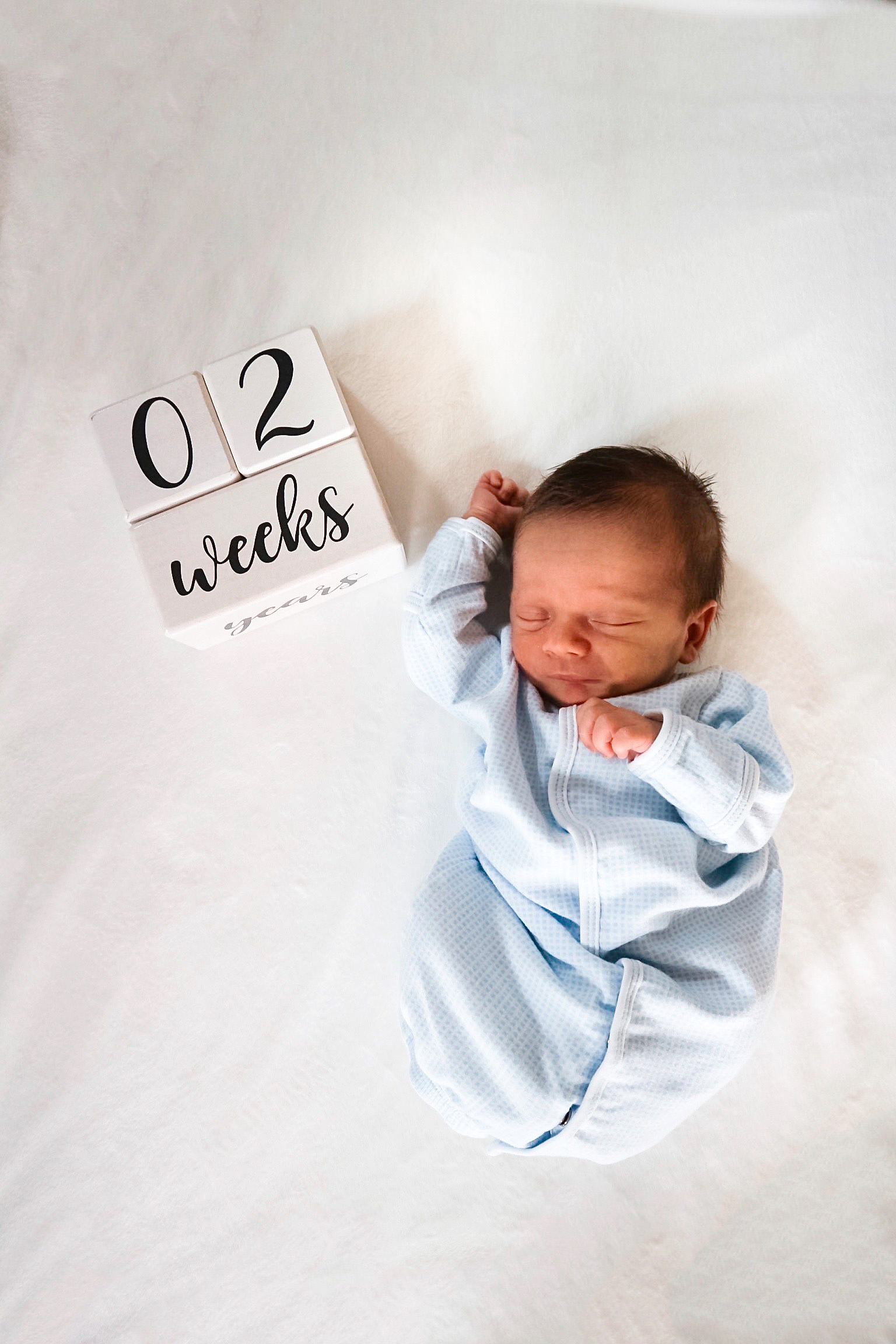 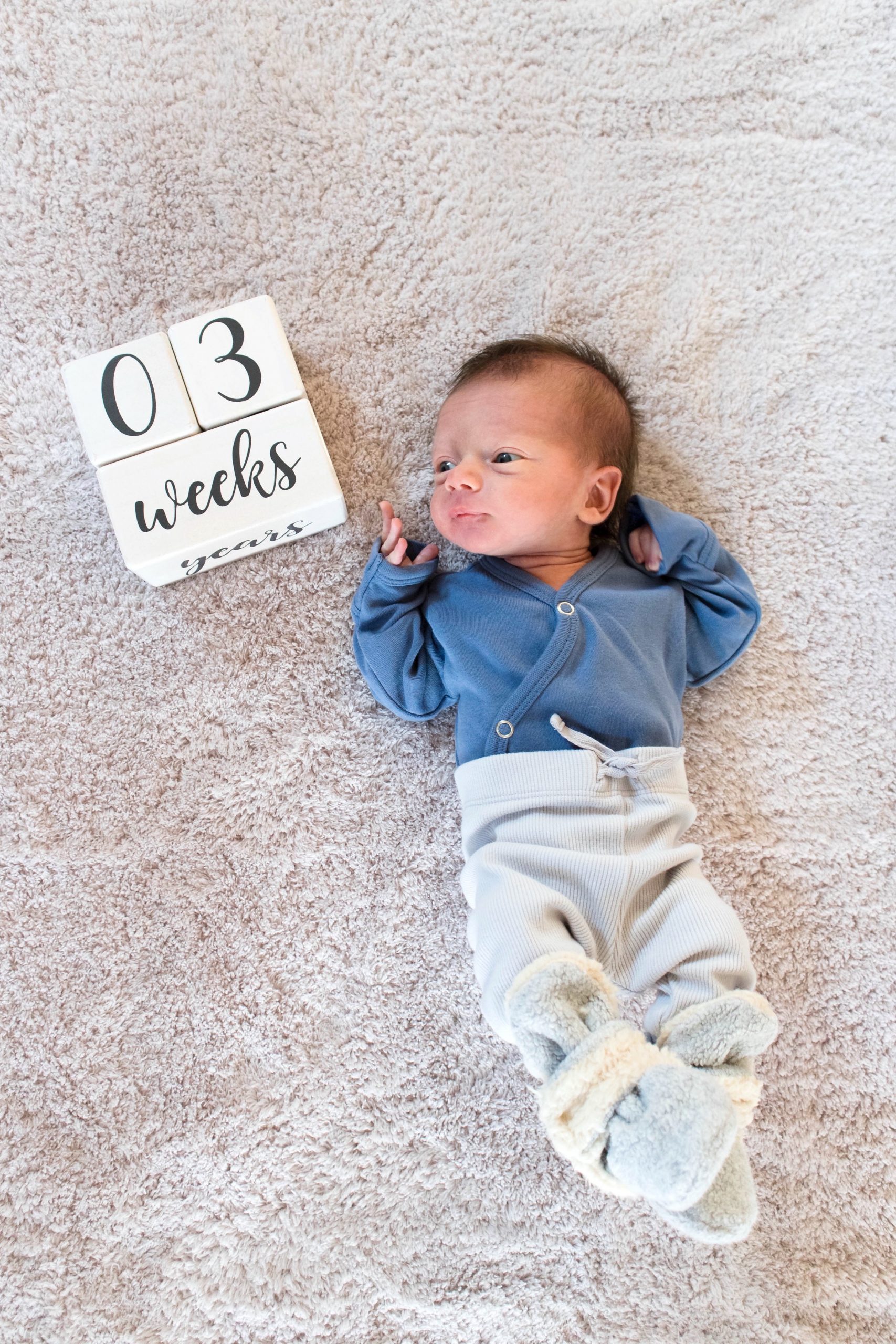 When Porter was first born he wasn’t really latching because he was on the smaller/younger side but now he’s nursing like a champ! I initially had to use the breast shields (which they call “training wheels” for breastfeeding) but eventually you want to wean off of those and I’m happy to say we’re needing them less and less. Right now he’s eating about 2-2.5 ounces at each feeding, every 3-4 hours. We’re doing both breastfeeding and bottle feeding since he needs to get used to taking a bottle when I go back to work. Since he’s still a little on the small side, we’re going to supplement a little bit of formula and do some more bottle feedings and recheck his weight in a week. Nursing burns a lot of calories so hopefully this will give him the boost he needs. 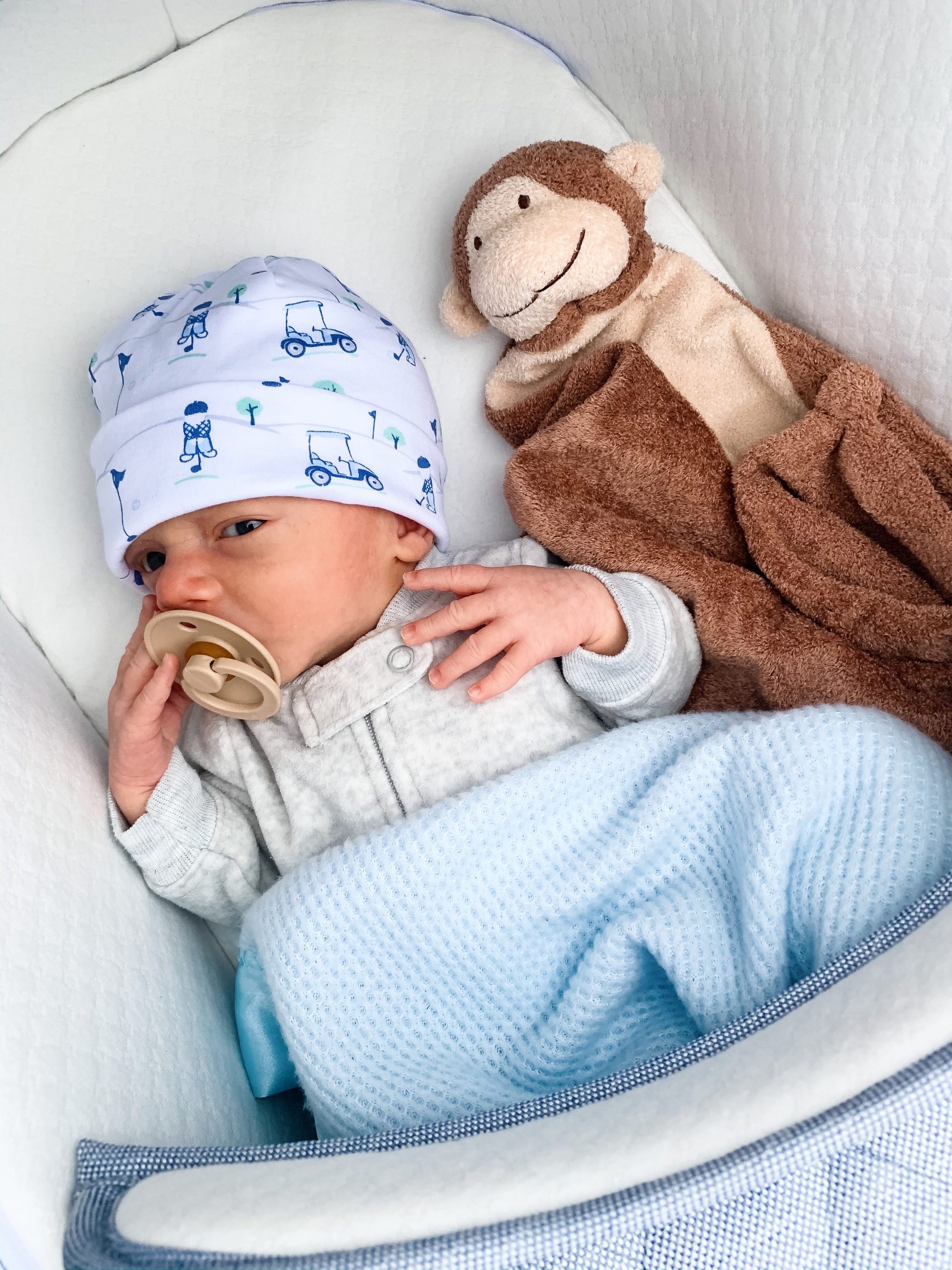 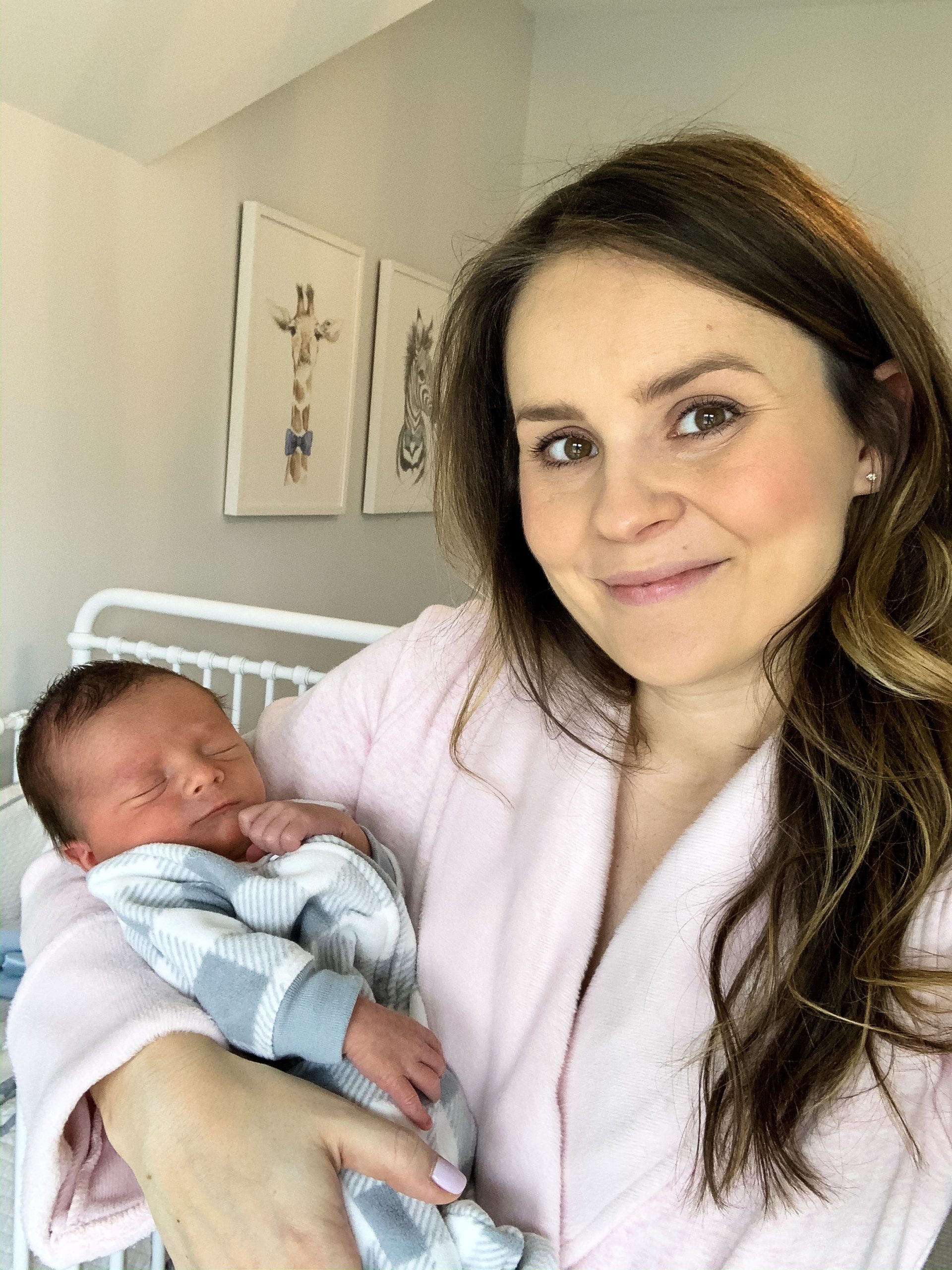 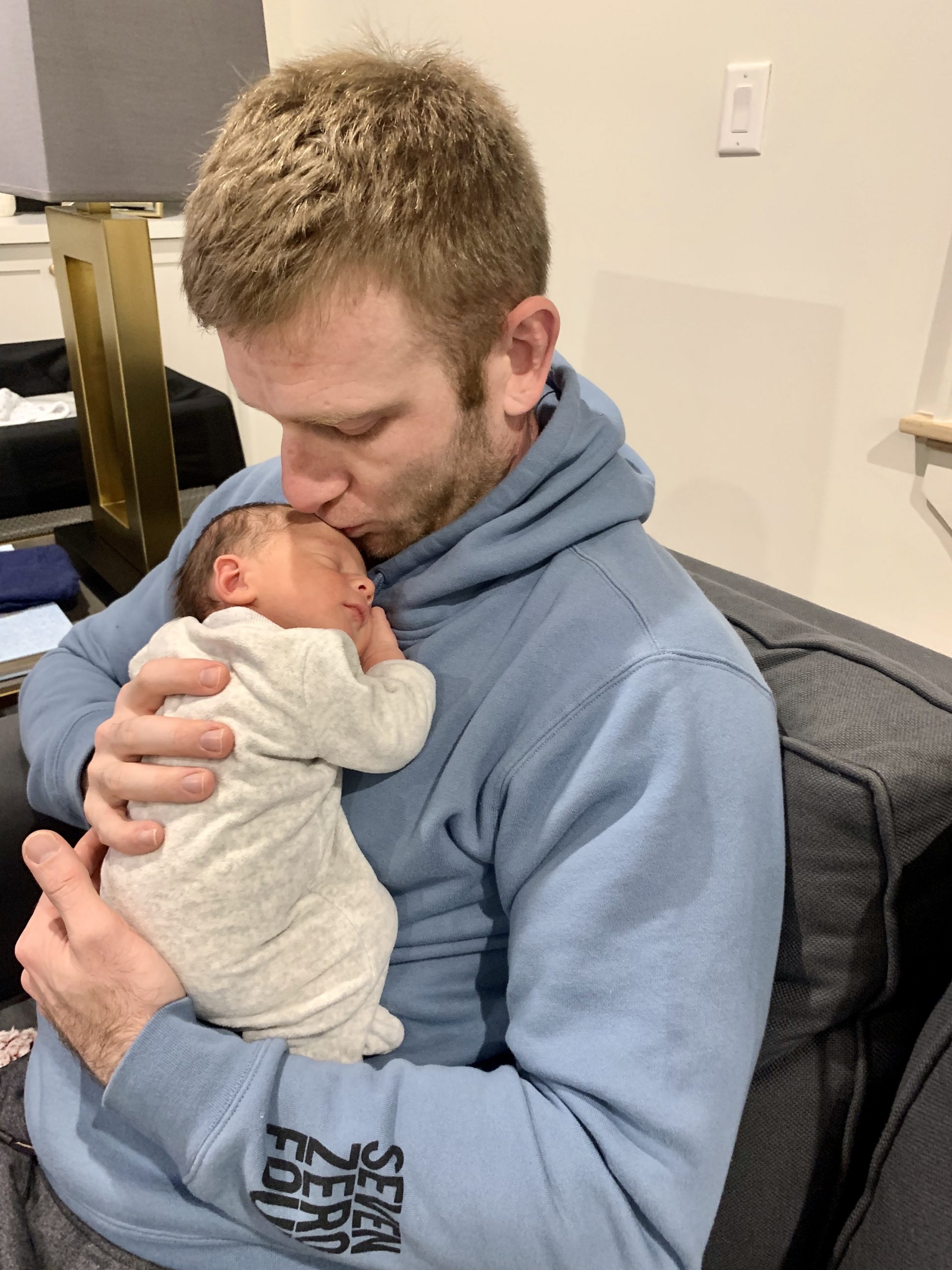 Baby P is sleeping beside us in a bassinet in our bedroom. The first 2 weeks were a little rough but we were so thankful to have Ryan’s mom stay with us. This was the time where Porter definitely had his days and nights mixed up and sometimes she would take him for “shifts” during the night so we could get some rest. Now he’s doing much better- he’ll usually go right to sleep after nighttime feedings but sometimes he whimpers or grunts a little bit. 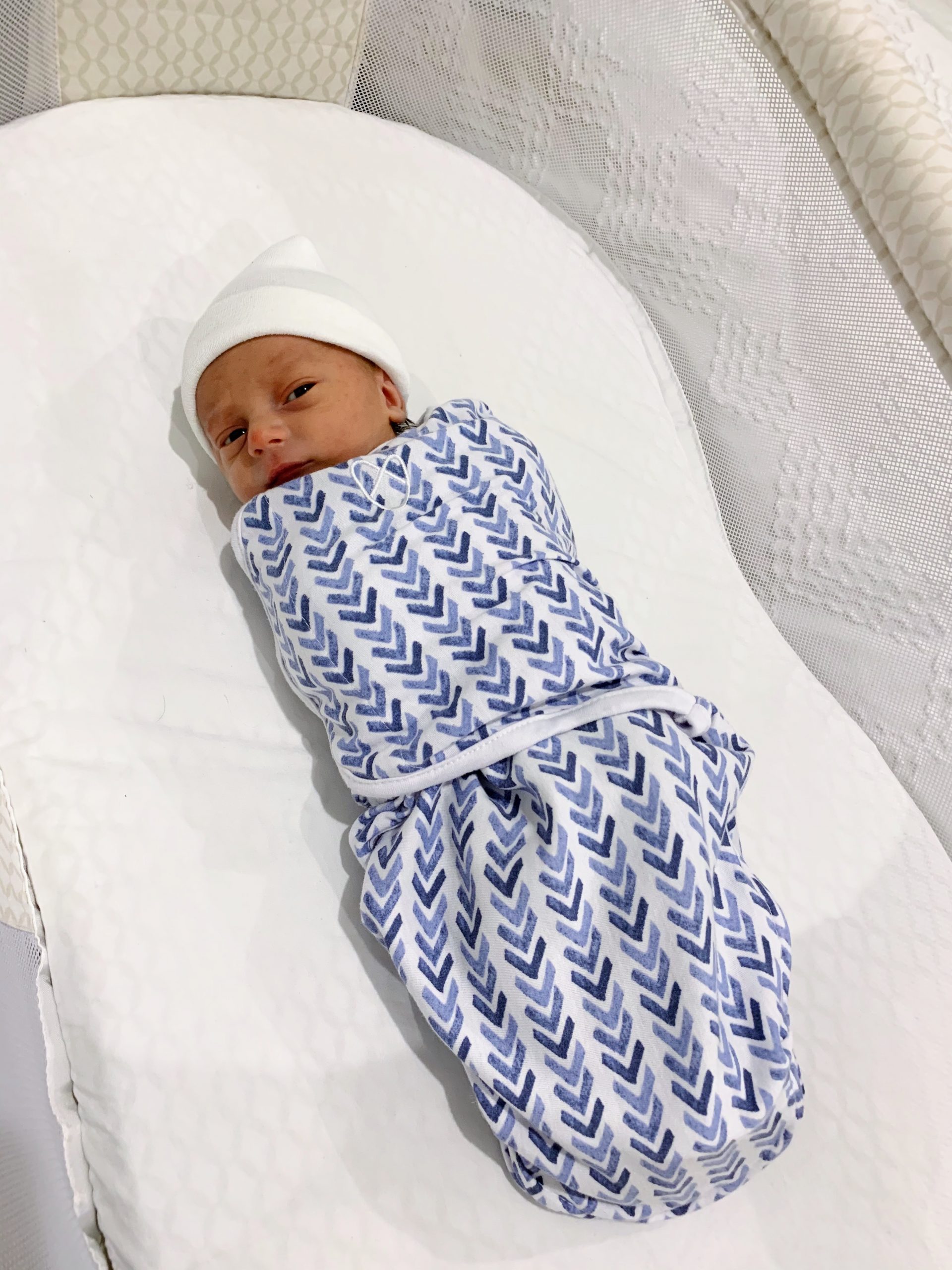 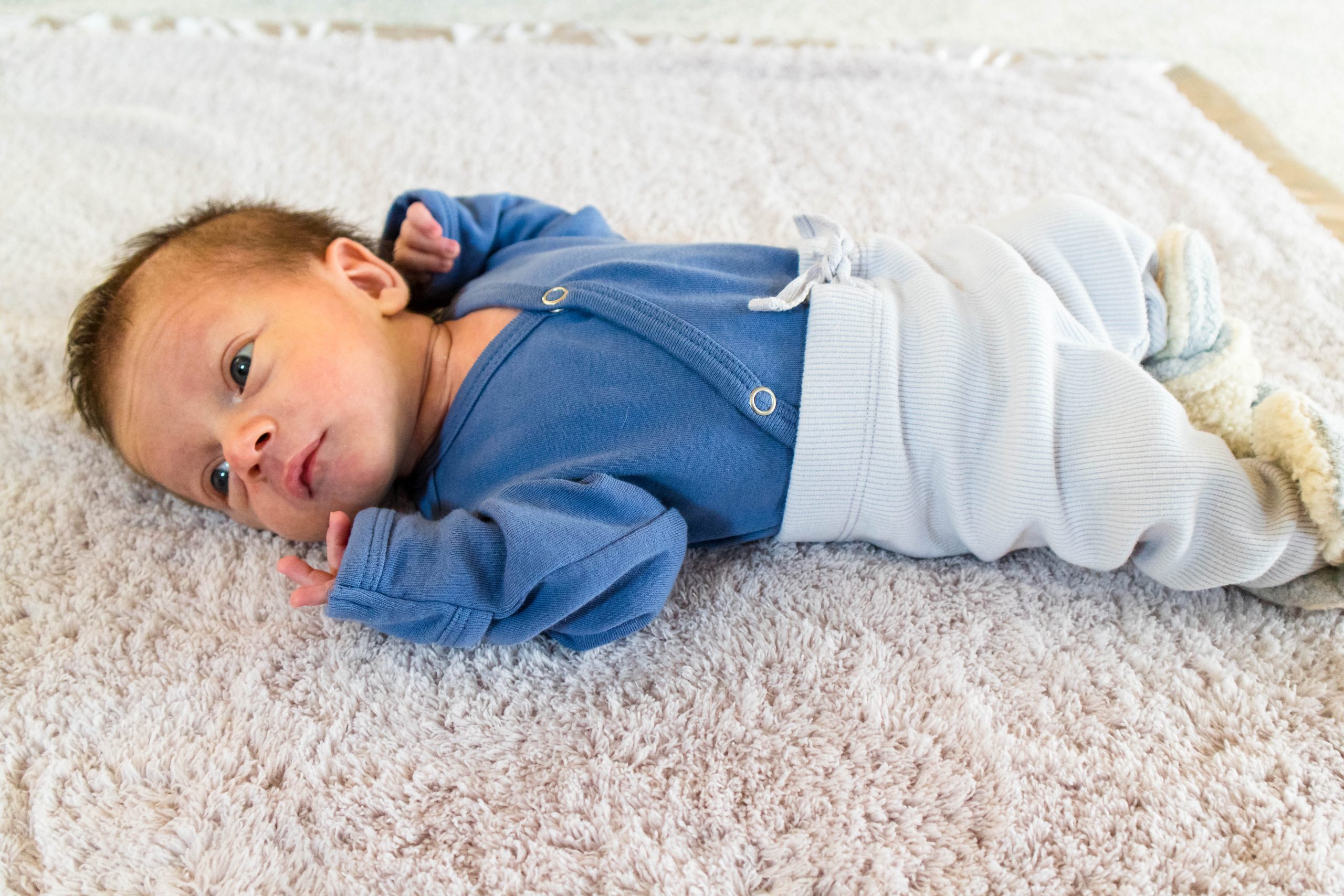 This month we went on our first walk and gave Porter his first bath. He also started tummy time about a week ago and has shown us how strong he is! It looks like is doing a superman move on his play mat and we always cheer for him when he lifts his chest and turns his head. He also celebrated his first holiday- St. Patrick’s Day. We didn’t really do anything to celebrate but at least he did wear his green! 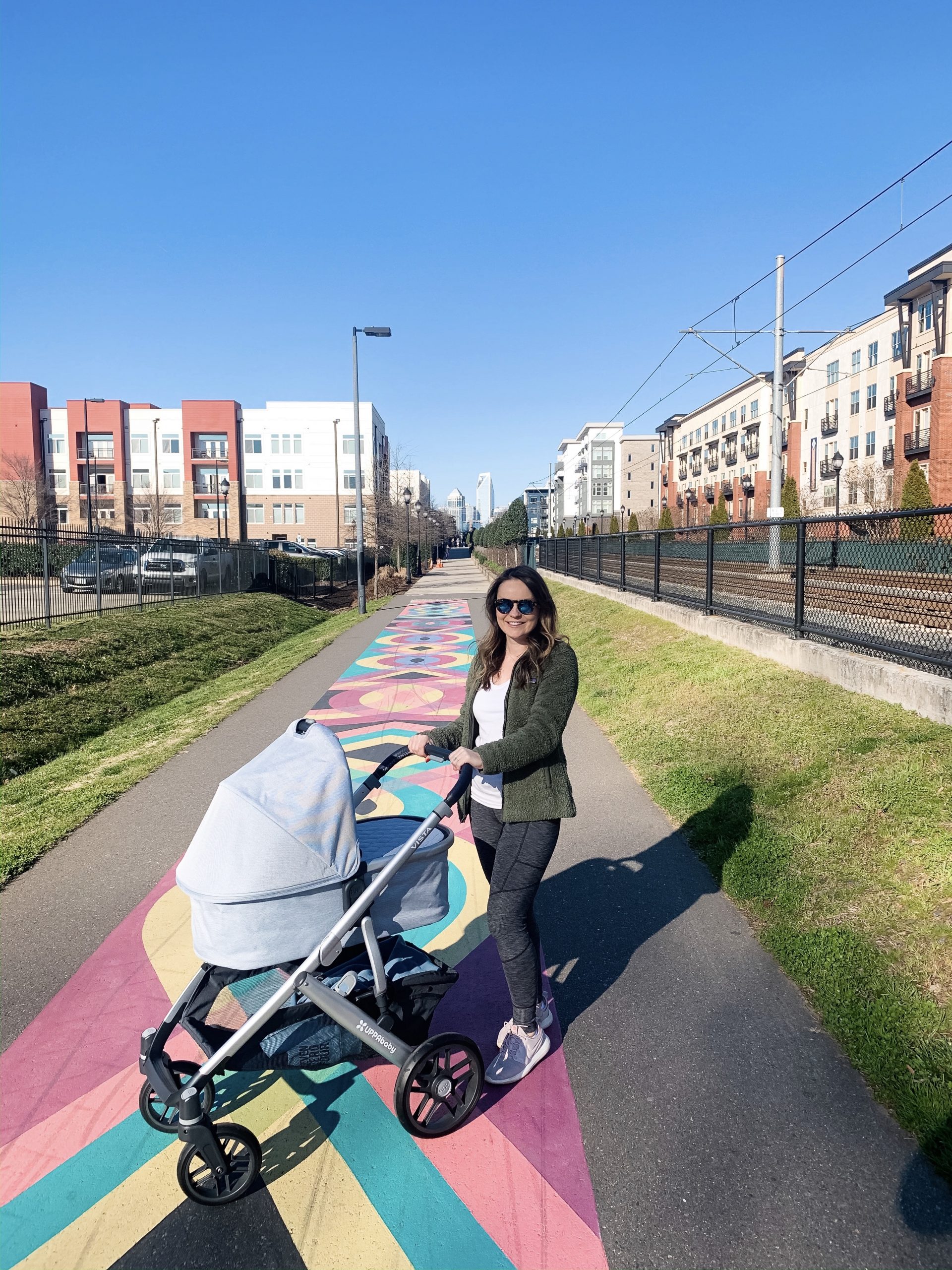 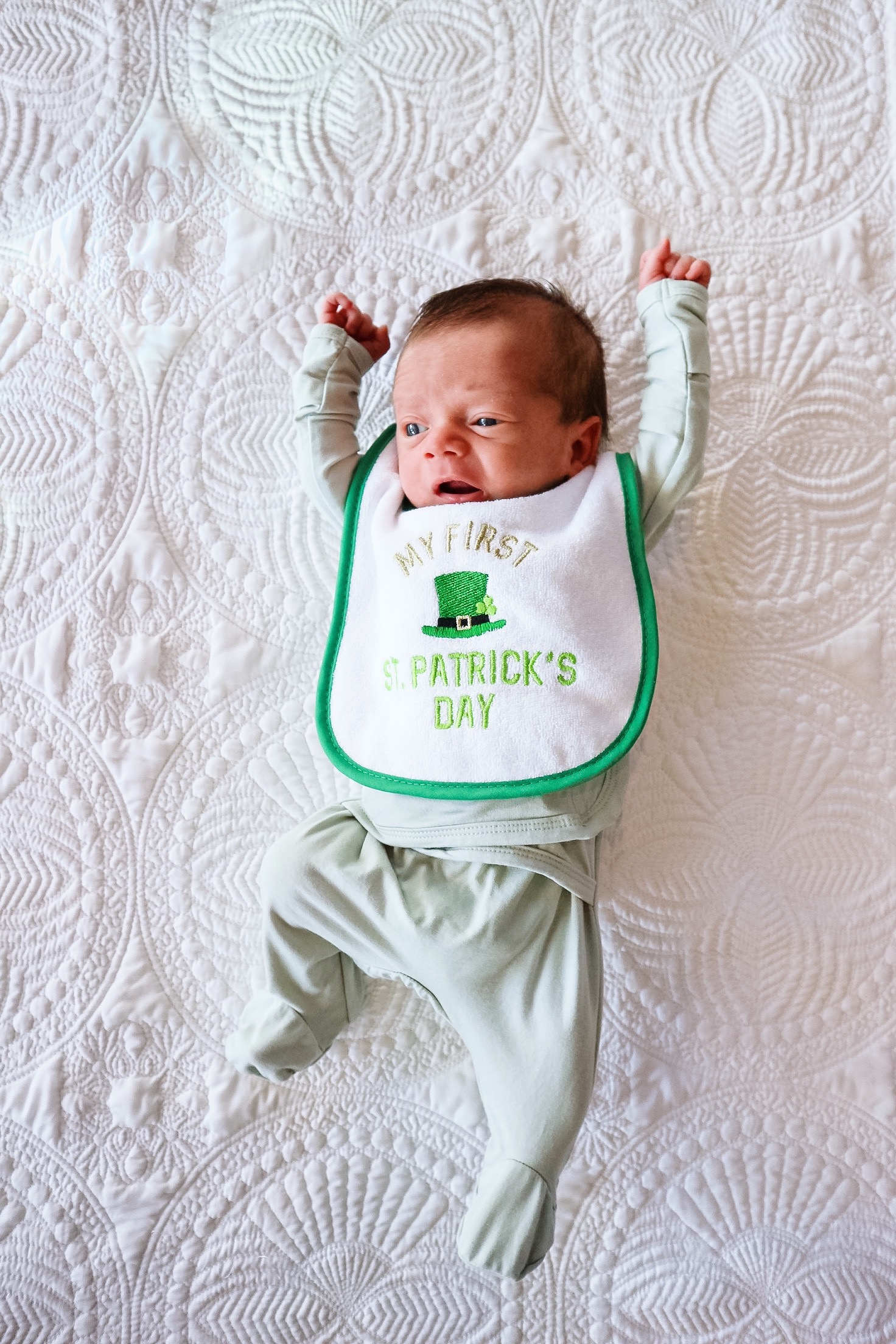 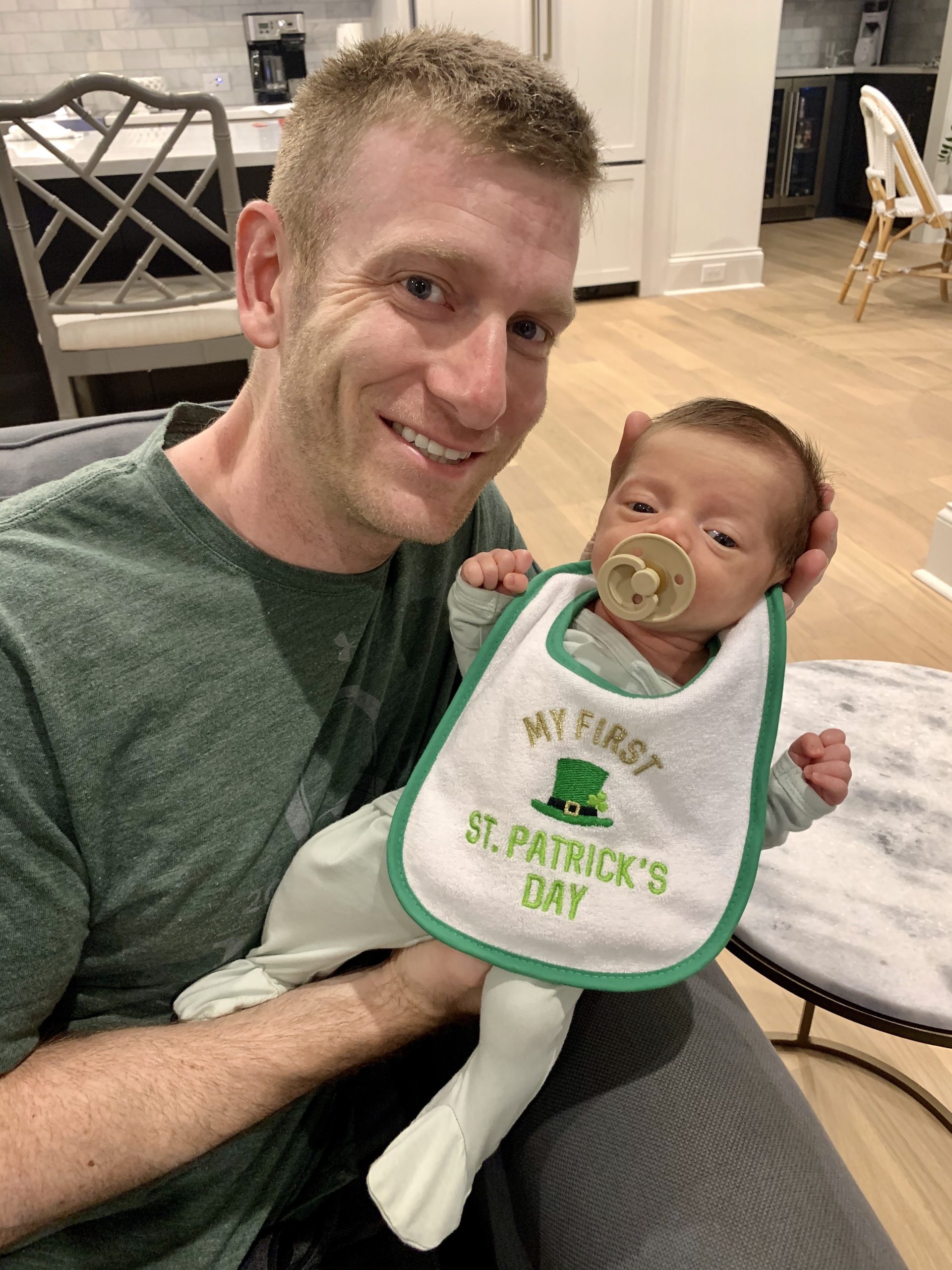