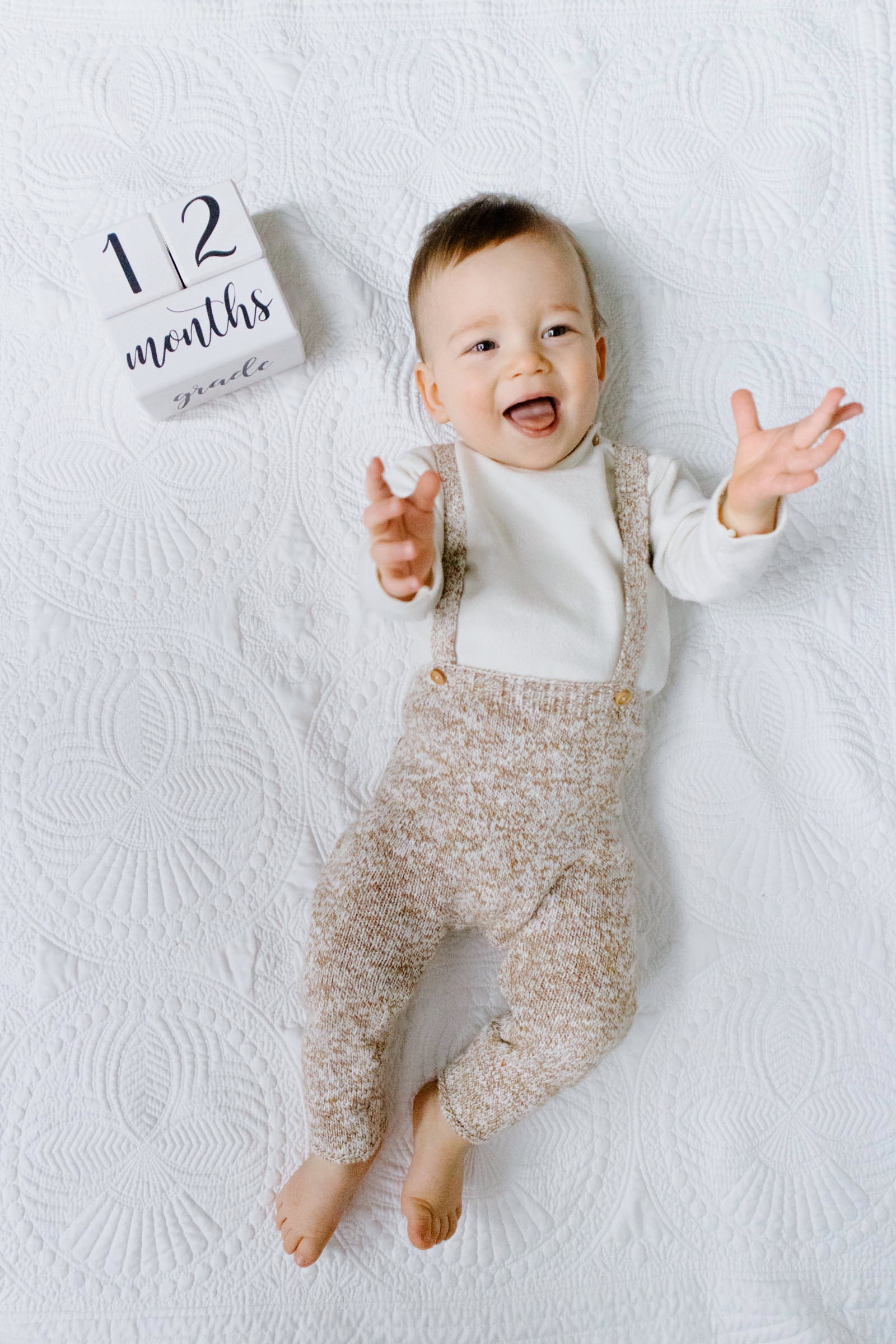 Porter is ONE!!! We have made it 12 months with our precious boy and survived 12 months of parenthood. Each day, each month, each milestone has been sweeter than the last. Watching him grow and learn new things has been amazing and he truly is my best buddy. In today’s post I’m sharing a few updates from the past month! 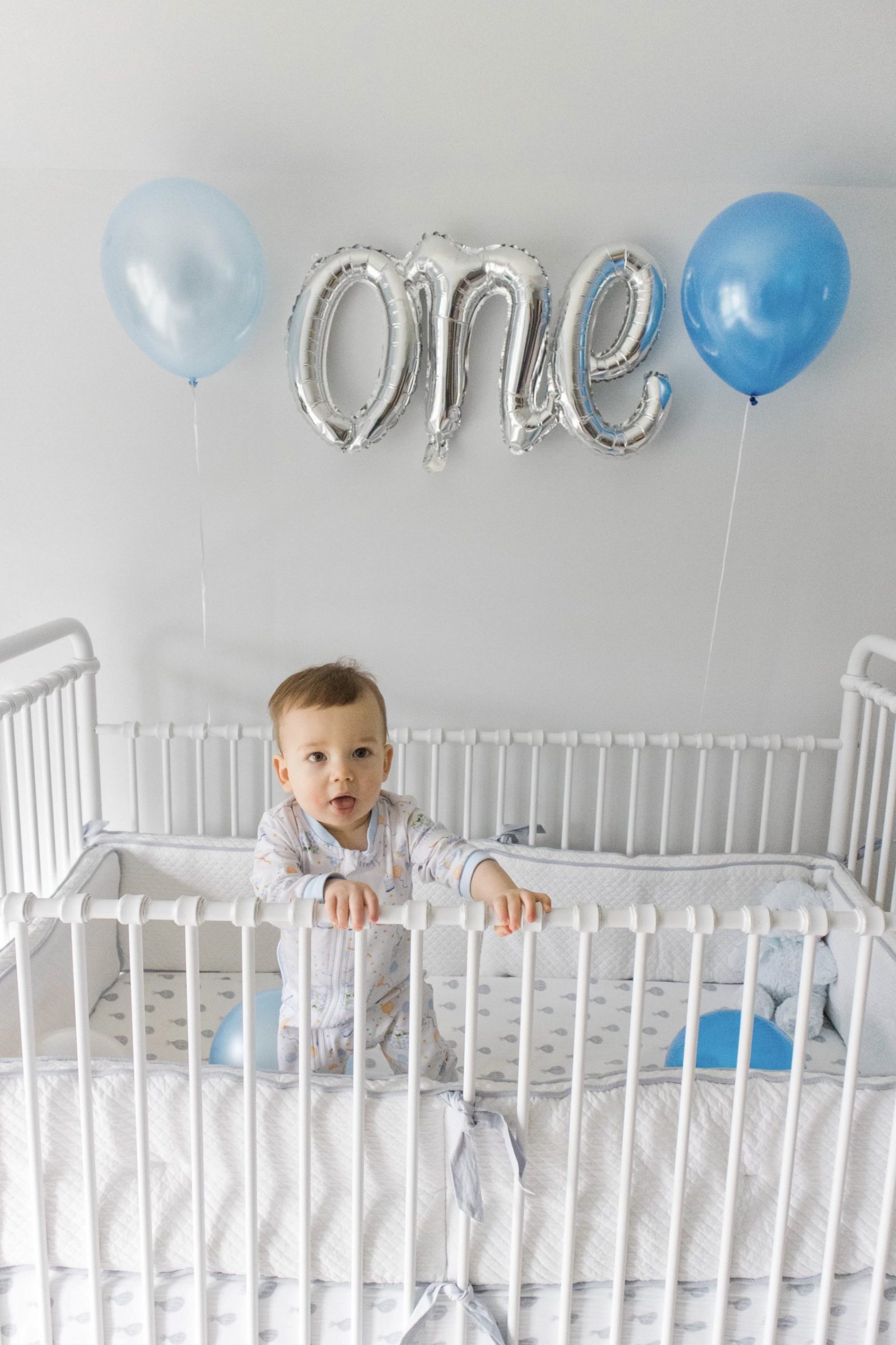 Porter has his 1 year well-child visit this week so we’ll get his official stats then, but I’m guessing he weighs around 20-21 lbs. He’s definitely feeling heavier when I carry him around these days and wearing 9-12 month clothes. 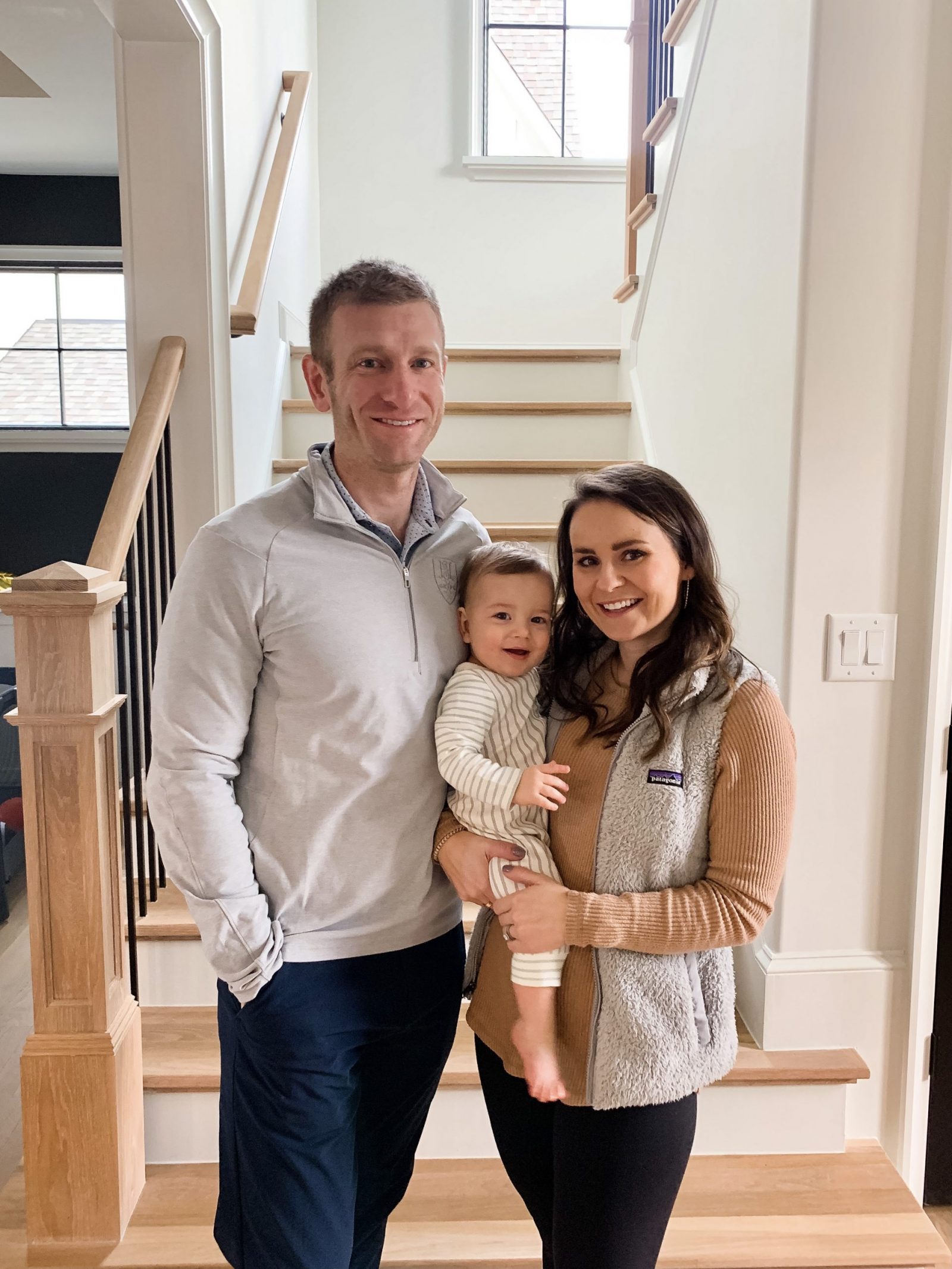 Porter has been dancing more than ever and his new favorite song is “Ice Ice Baby.” This month he also started going to My Gym with one of his buddies and we have been loving it! He did cry a few times (especially when other kids took his ball) but I can tell he’s getting more comfortable and loves climbing on all the things. Since he’s not in daycare, I think being around other kids will benefit him so much!

Lately he also likes to throw his sippy cup (and sometimes food) from his highchair, which mom & dad aren’t a fan of! That reminds me I need to get one of those highchair mats! 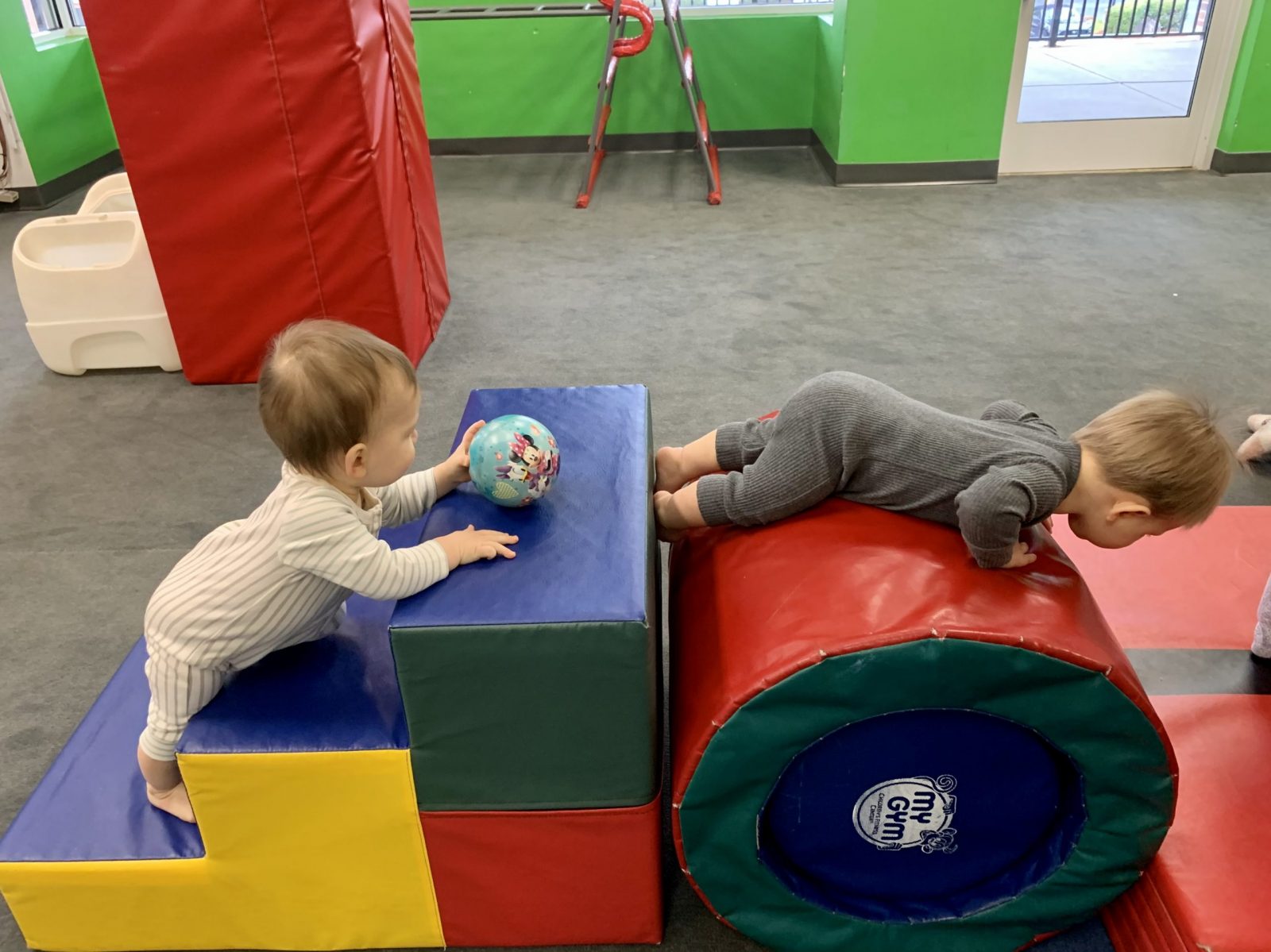 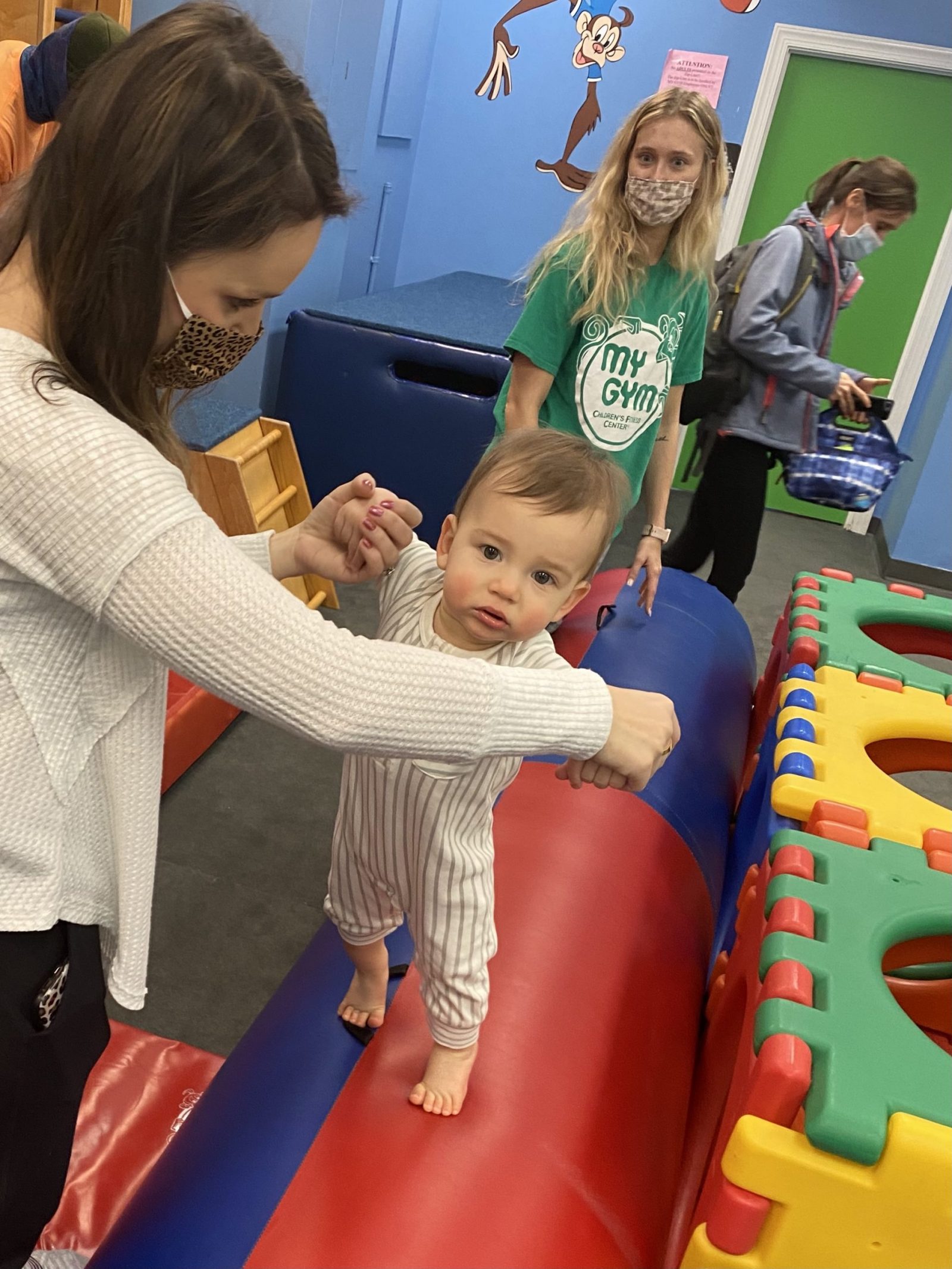 He still doesn’t like when you take things away from him (like the remote) and really loud noises. Ryan put him out in the garage to watch him hit golf balls and said he wasn’t a fan and started crying. 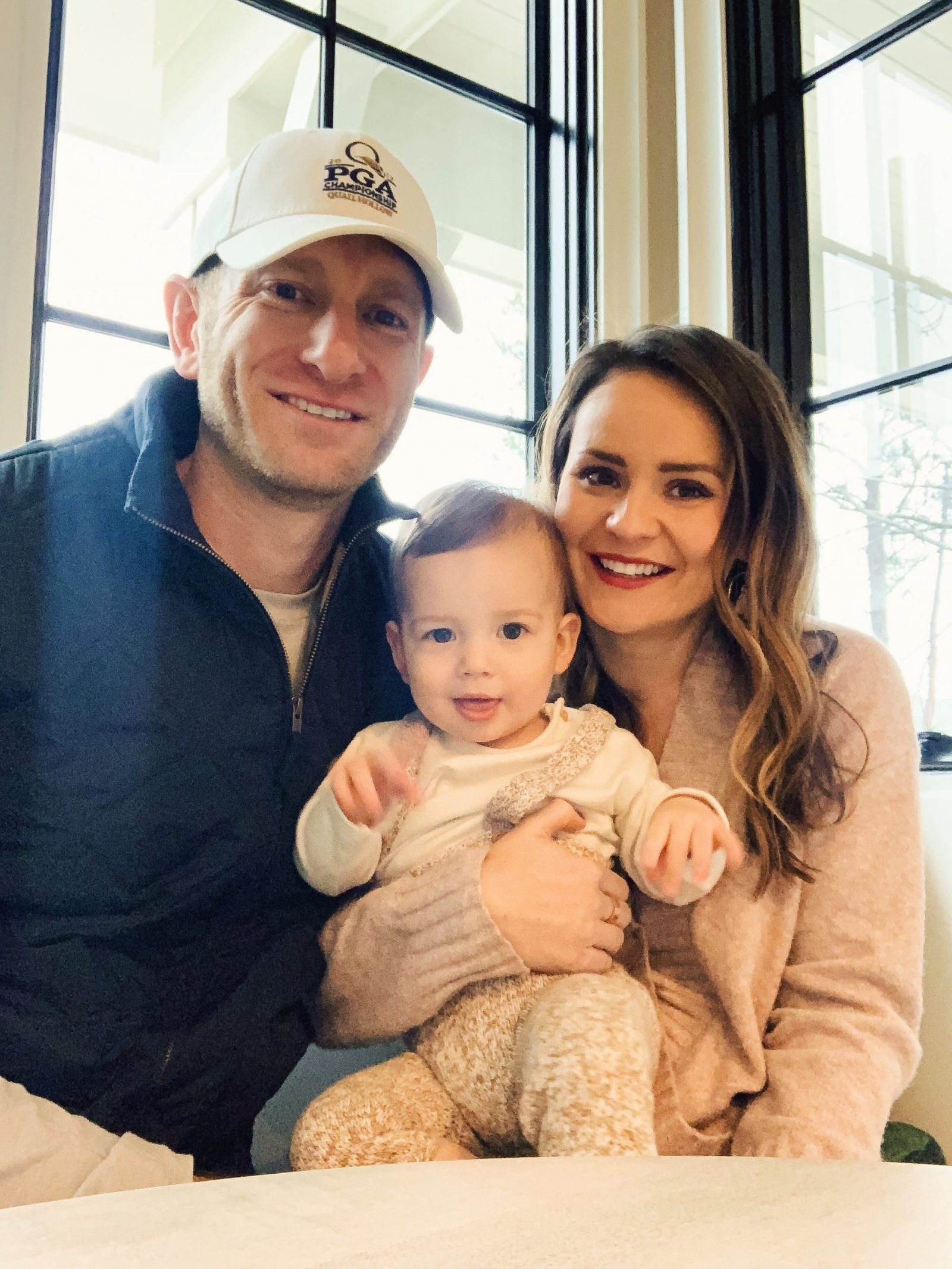 Porter is officially off of formula and on to whole milk! About 2 weeks shy of his birthday he was teething (he now has 7!) and also refusing his bottle. He didn’t want formula in a sippy or open cup either so we tried whole milk and he picked up the sippy cup all at the same time. The pediatrician said it was fine since he was so close to his first birthday and honestly it has been great and so much easier! He’s eating much more food these days- had pasta for the first time and got a pretty sweet sauce beard! 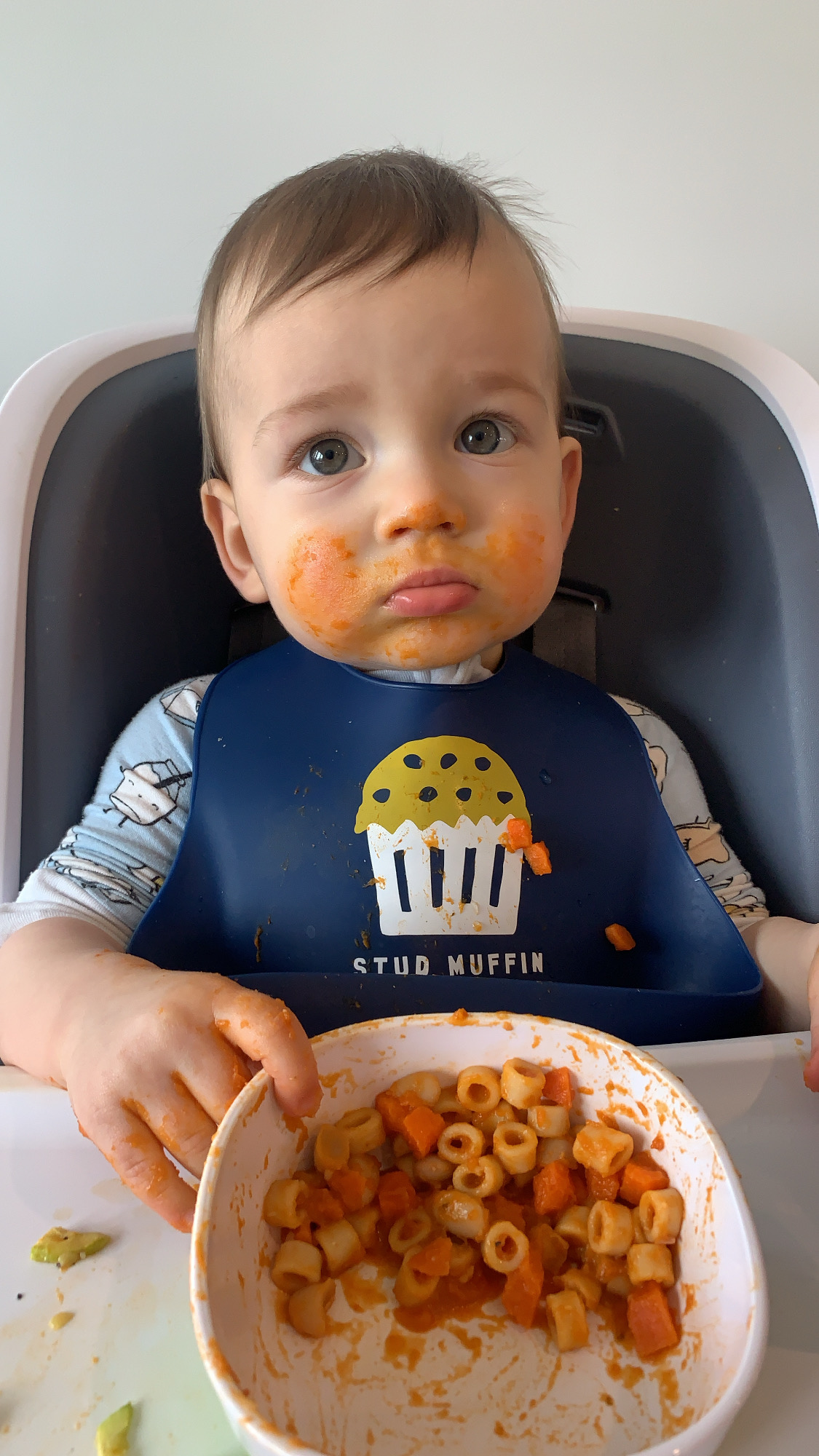 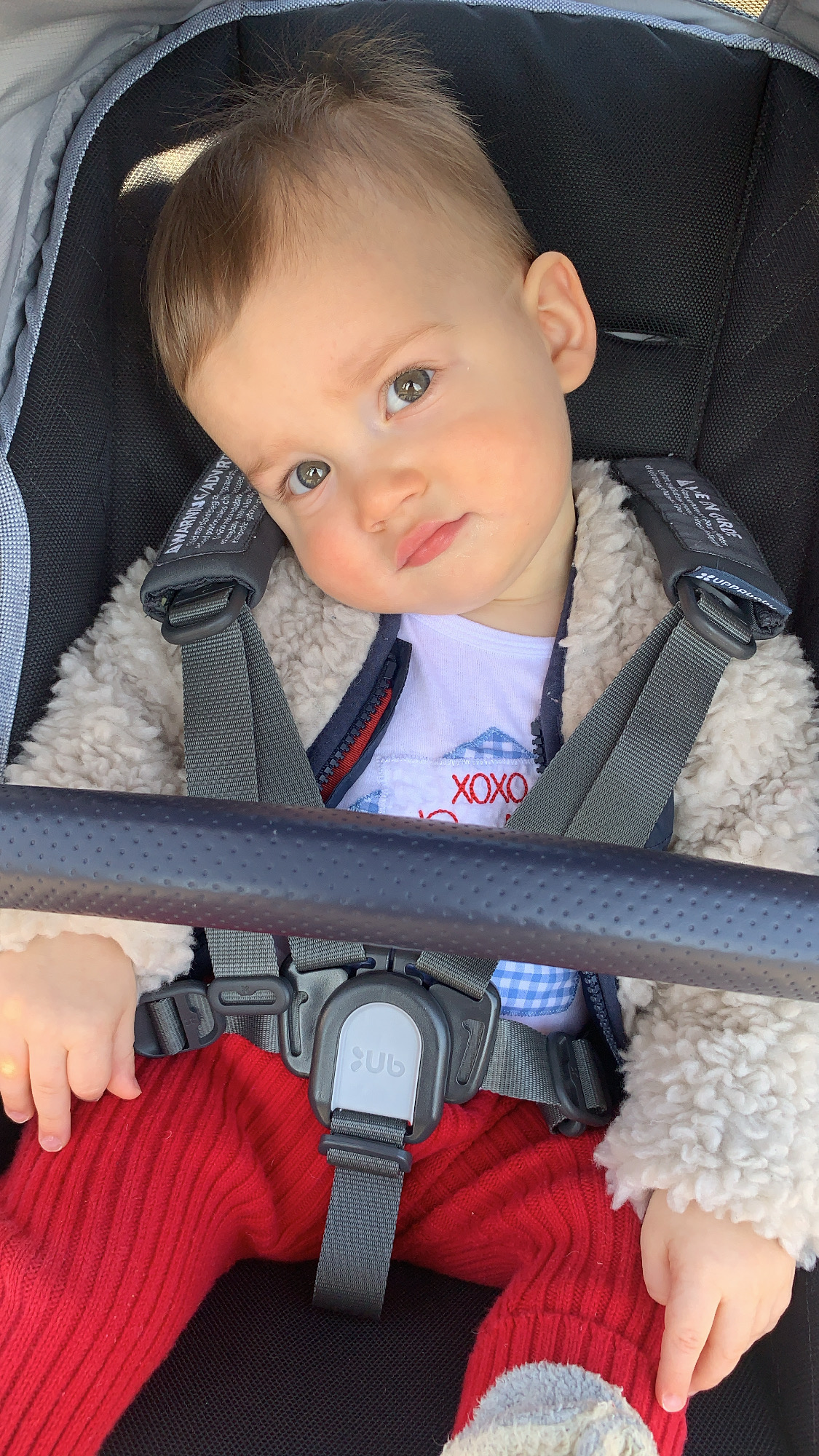 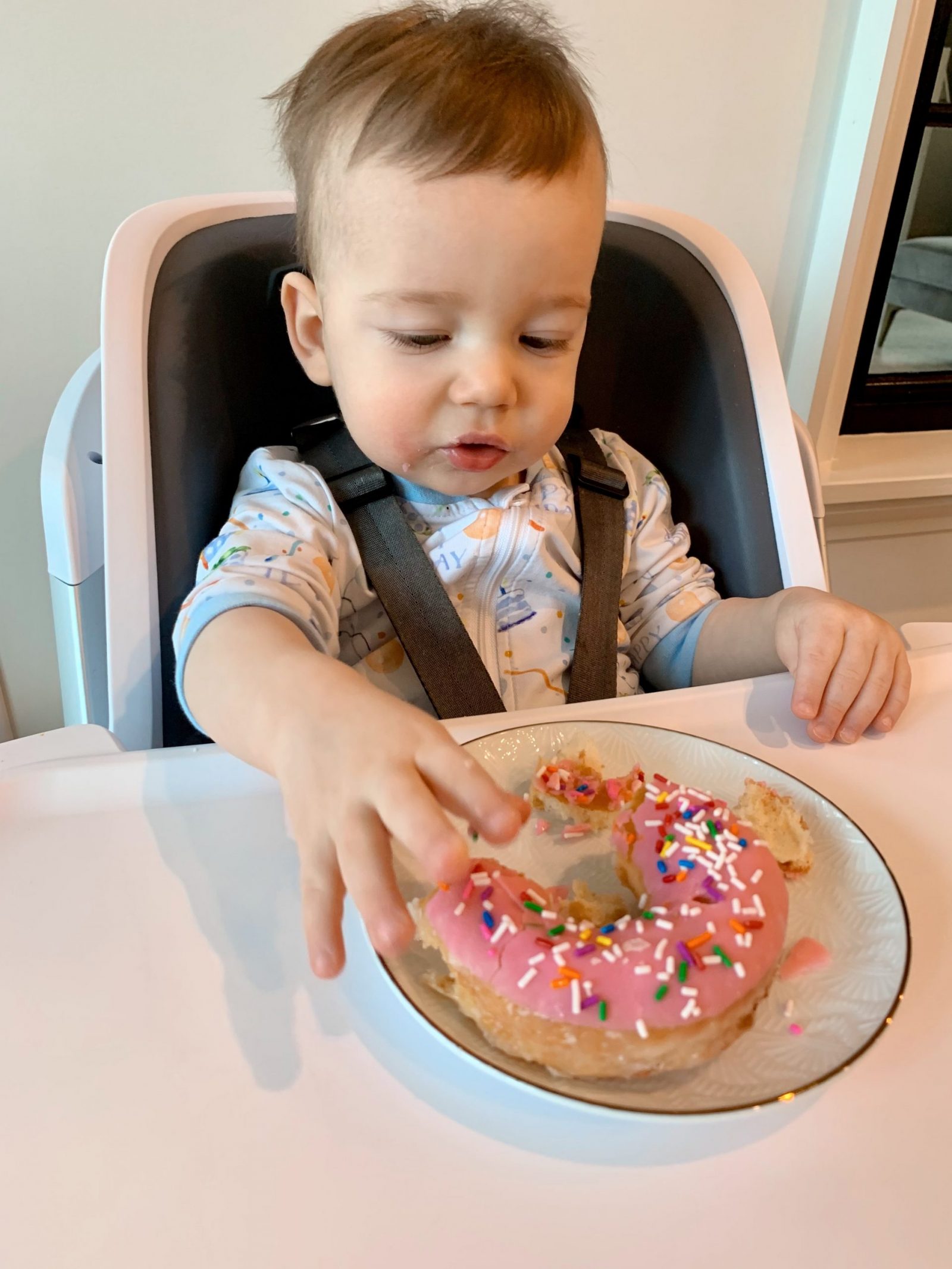 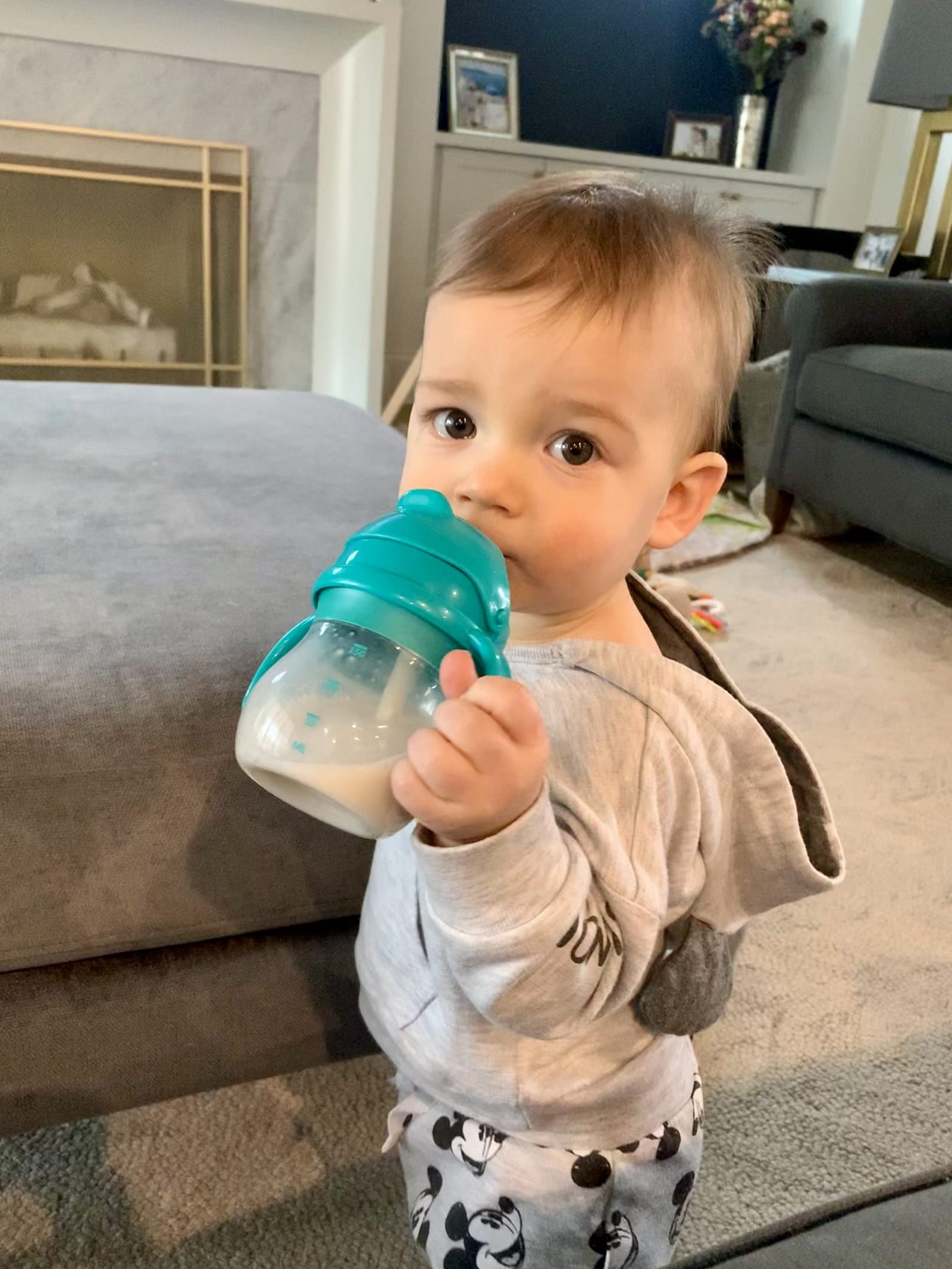 Porter isn’t really taking his cat nap anymore but still going strong with two 2-hour naps a day and sleeping through the night. He slept in until 8am on his birthday… that’s my boy! 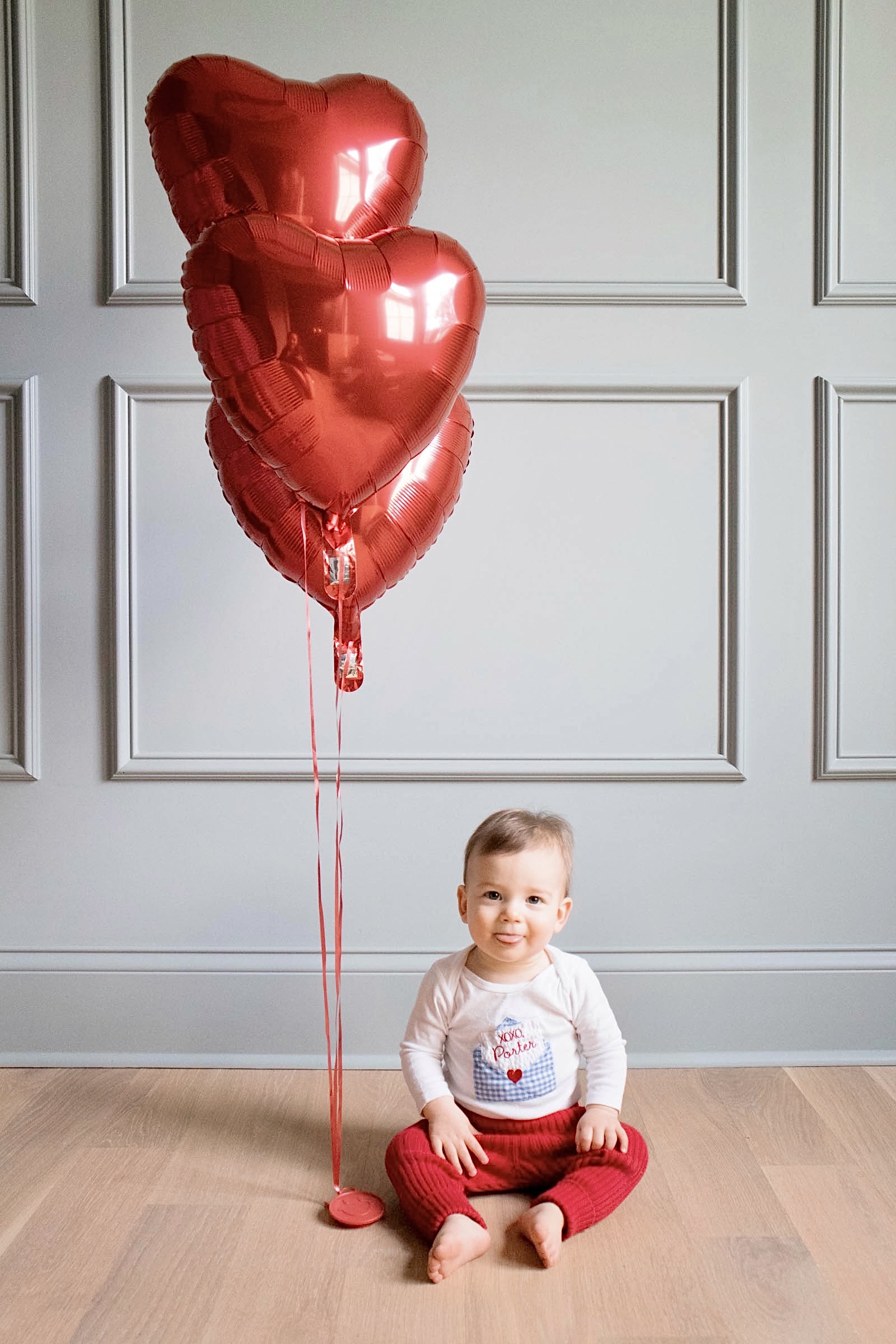 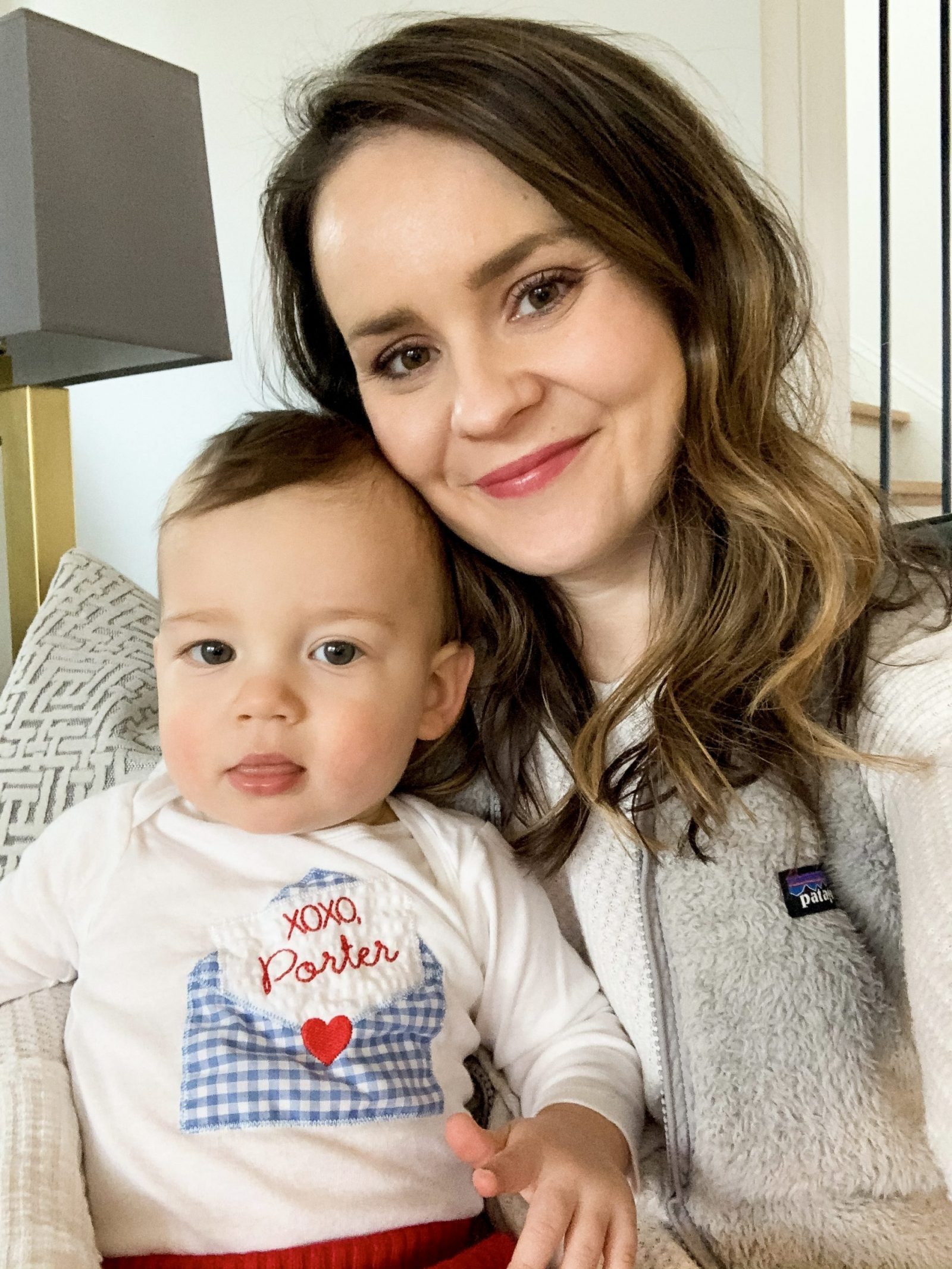 Porter started walking this month! He started by taking 2-3 steps at a time but now he can go all across the room, we are so proud of him! He also crawls at lightning speeds and can crawl all the way up the stairs. We finally installed our retractable baby gate but with how our stairs are, he can still get onto the first step so I’ve been teaching him how to get off safely!

Porter also got his first haircut. It was getting a little unruly so I wanted to get it trimmed before his birthday. He did cry 99% of the time but luckily the haircut turned out great!

He had a very sweet first birthday party, it was golf-themed and we all had the best time. I will share a post with ALL the details from that very soon! This is his very last monthly update but I’ll be sharing bits of toddlerhood on the blog when I can! 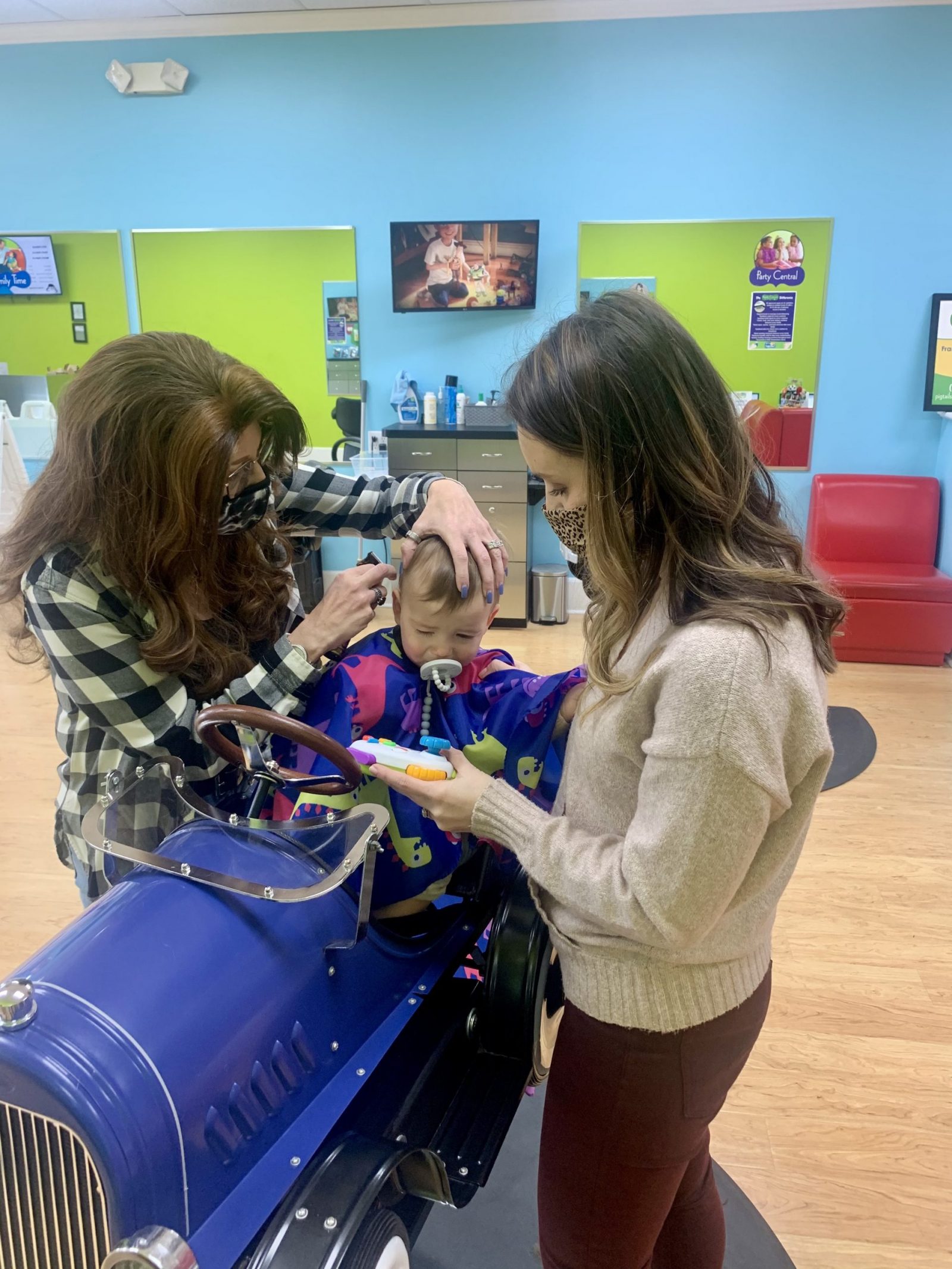 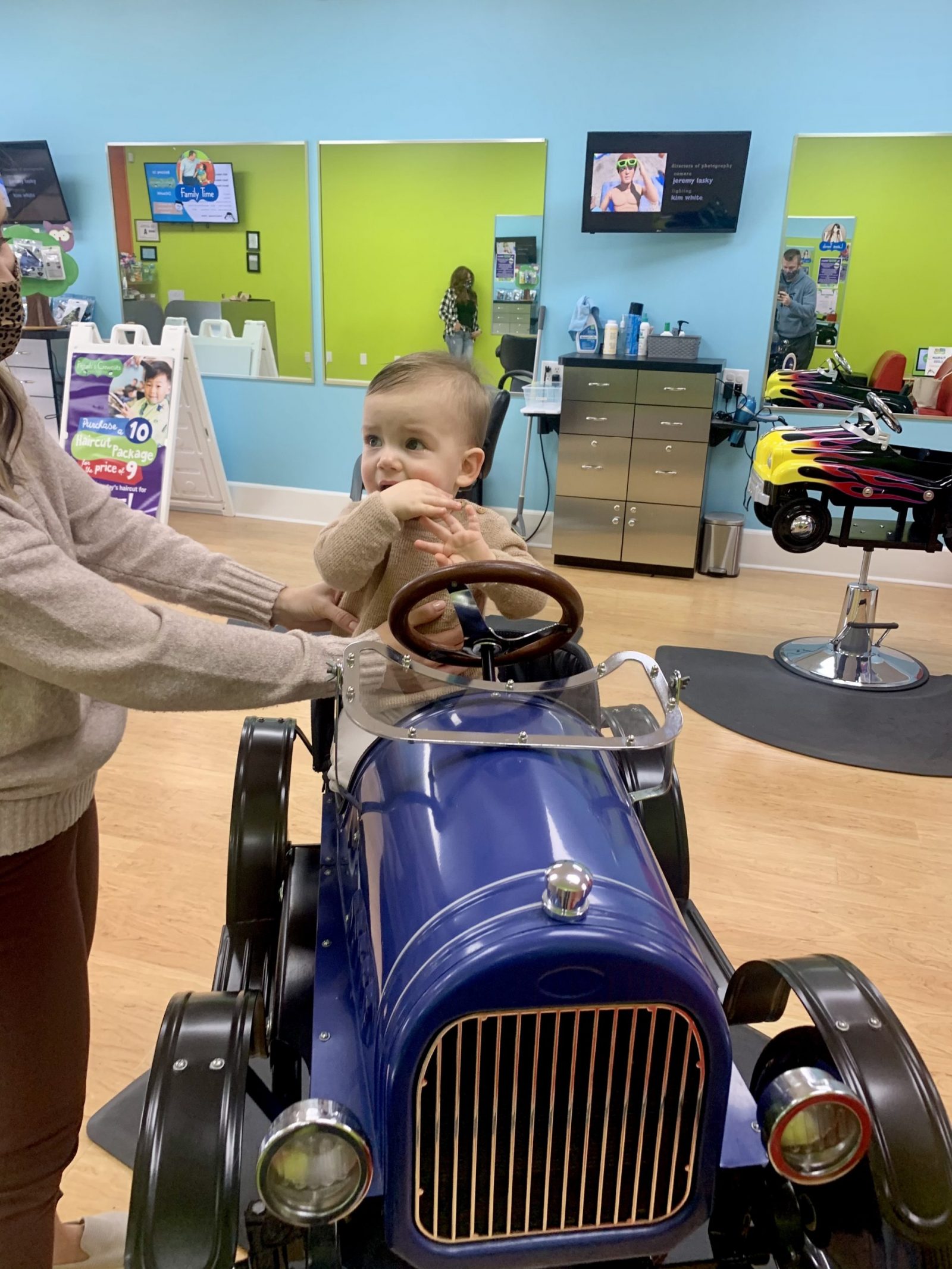 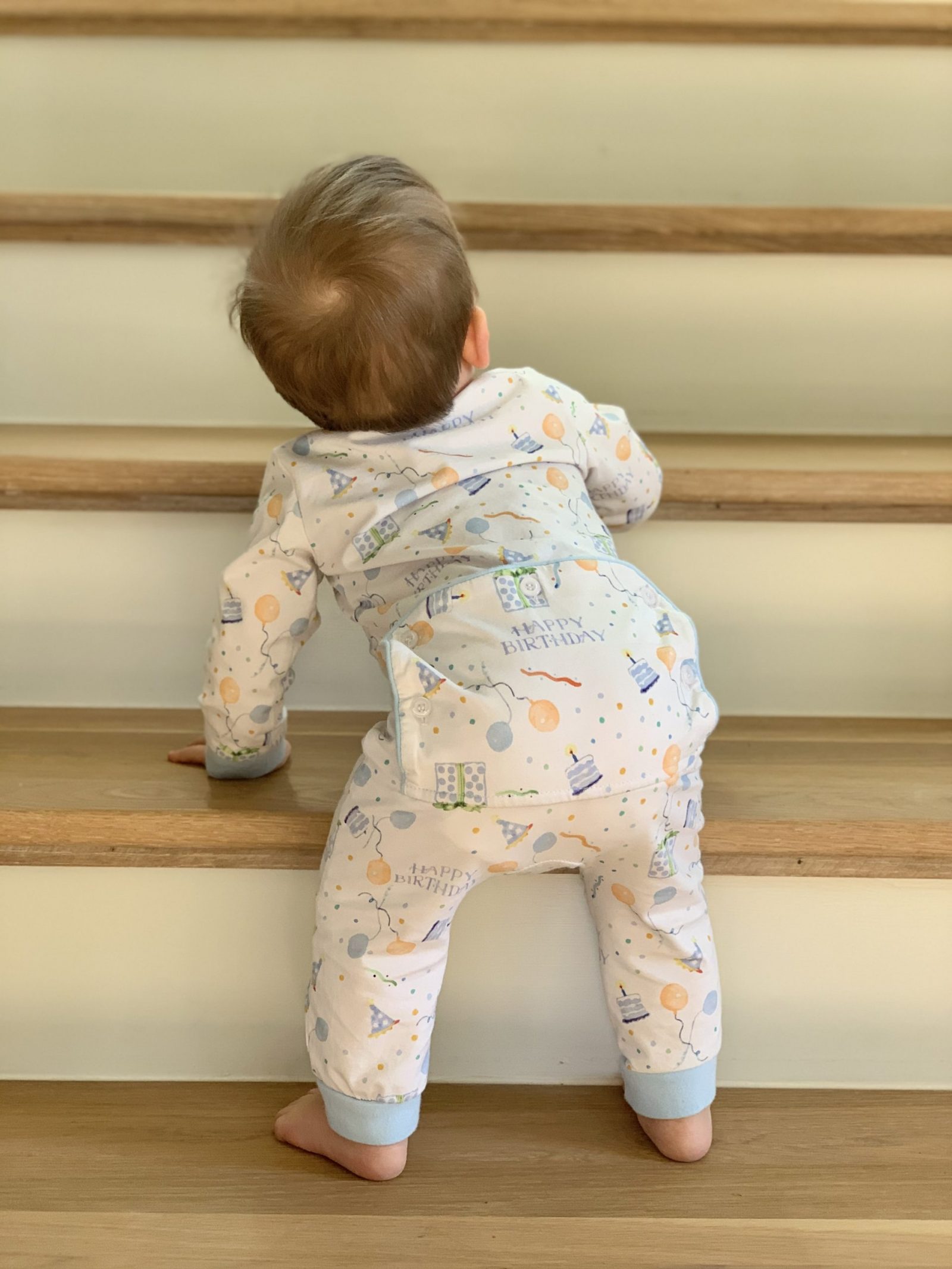 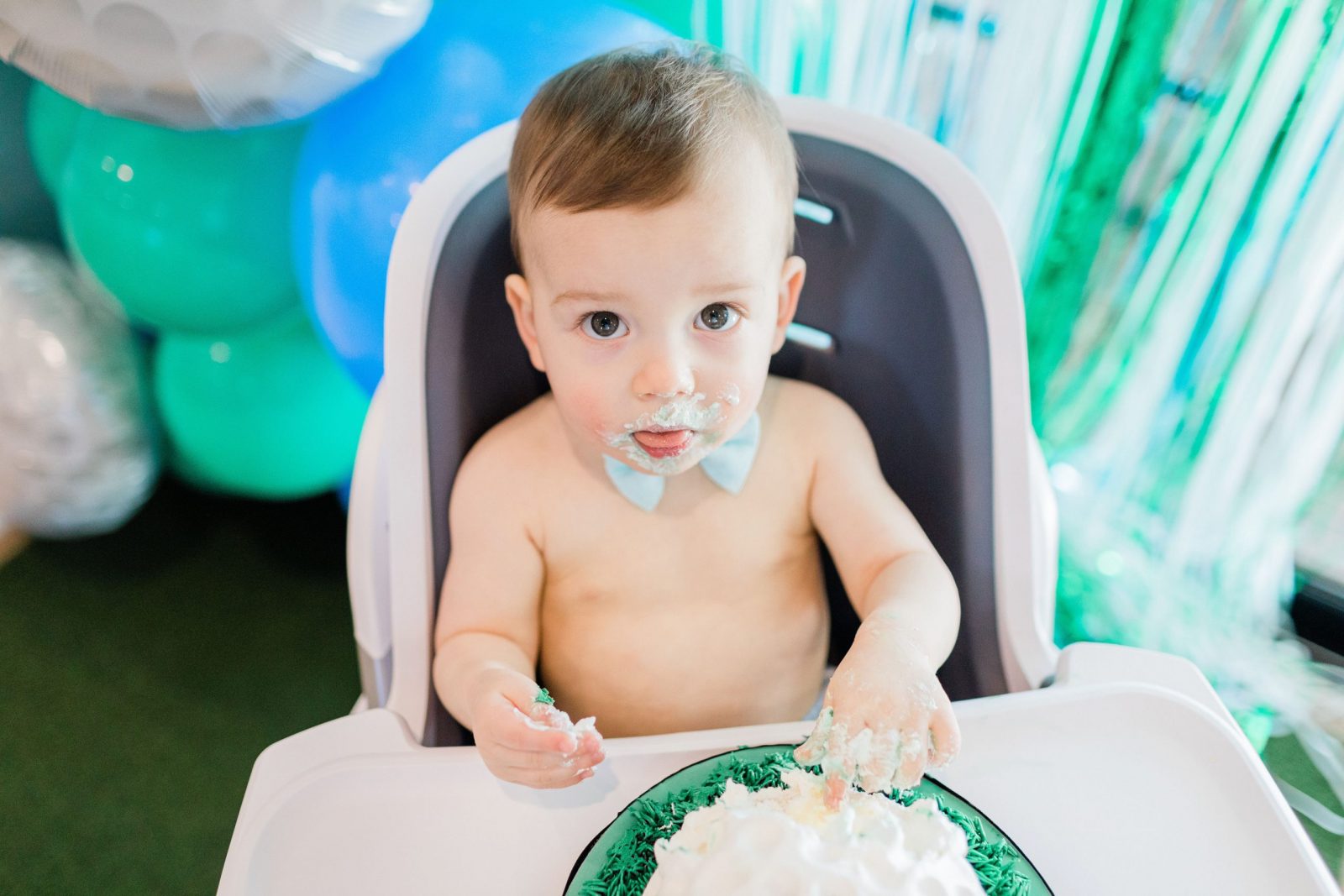 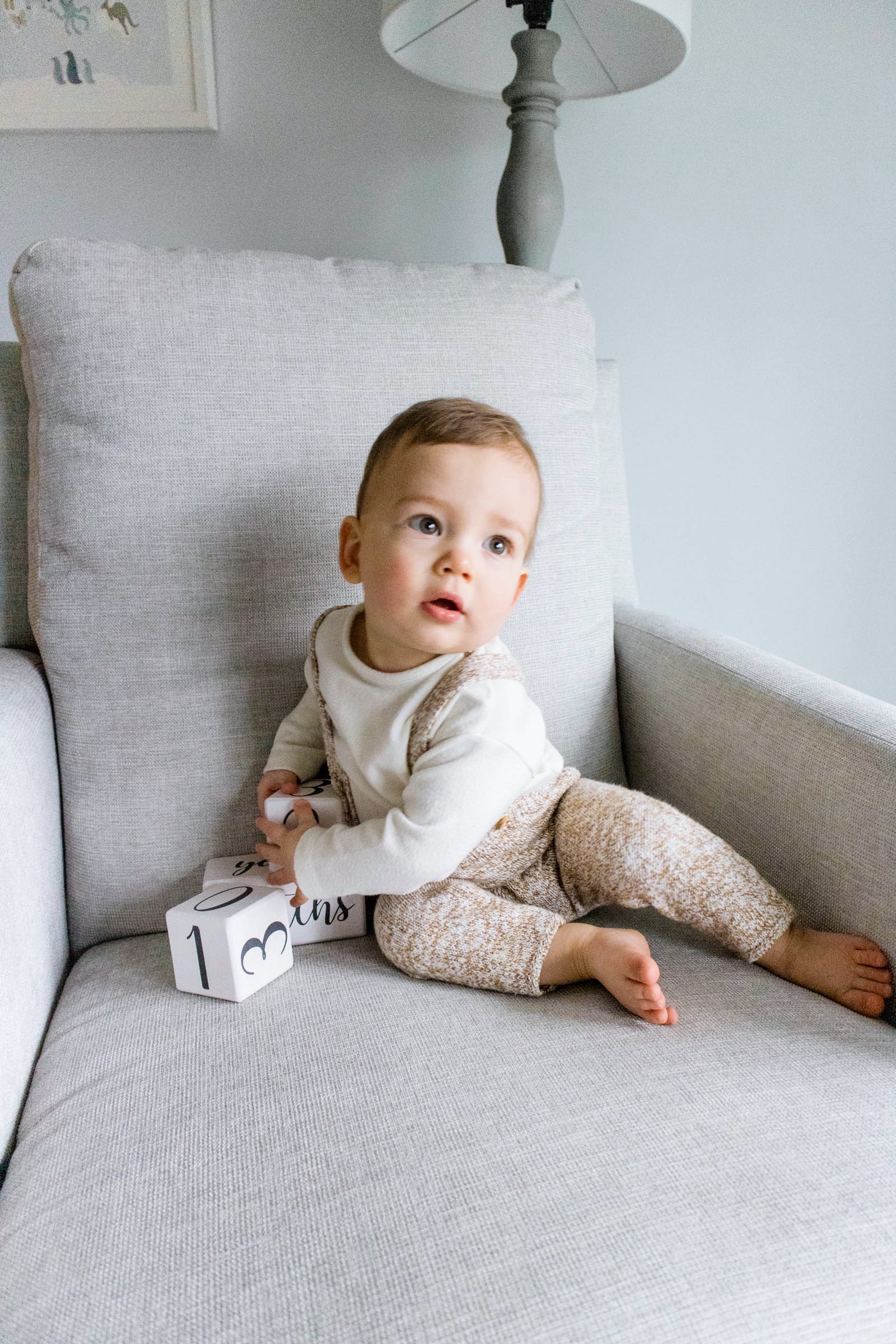 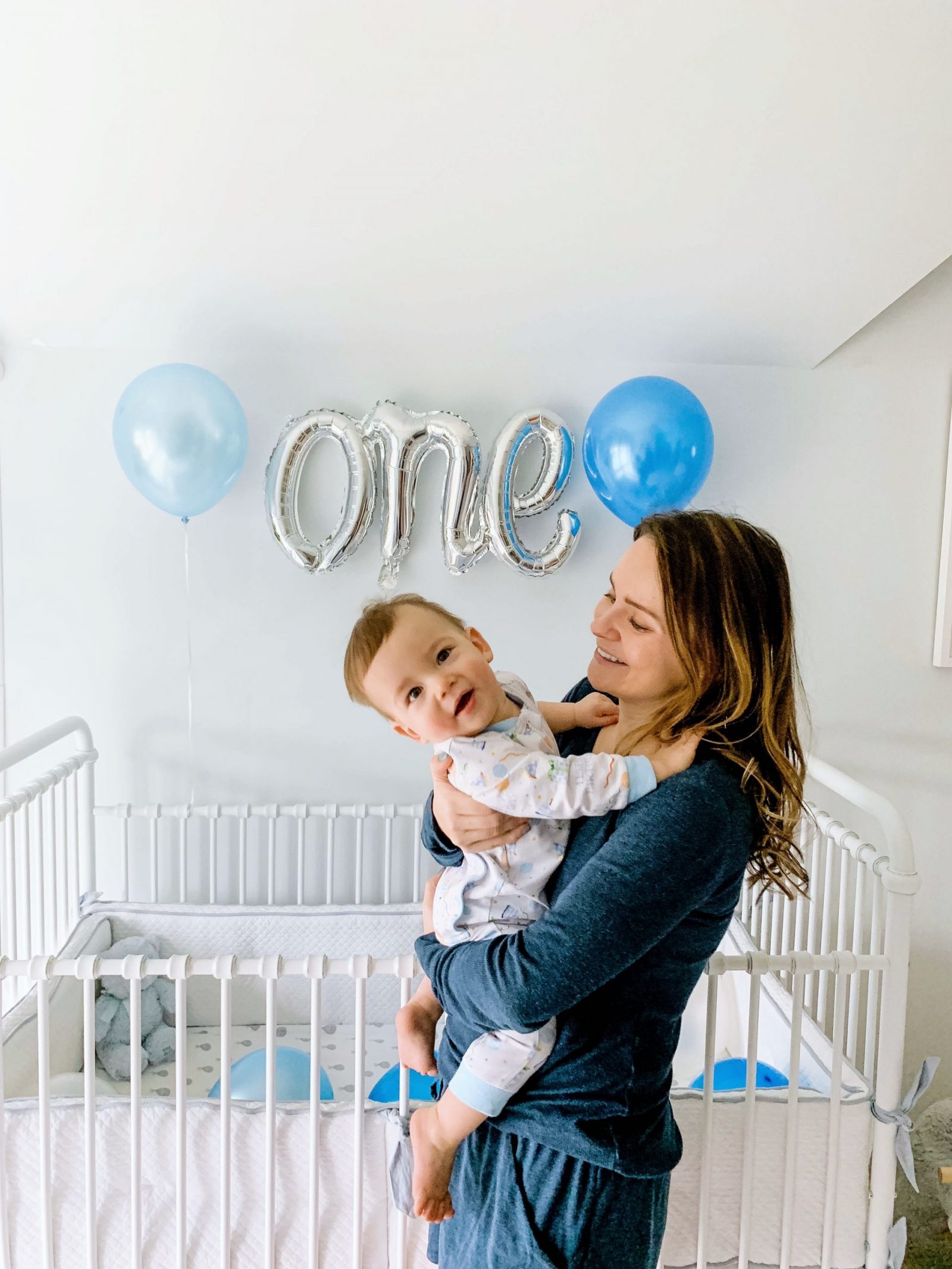