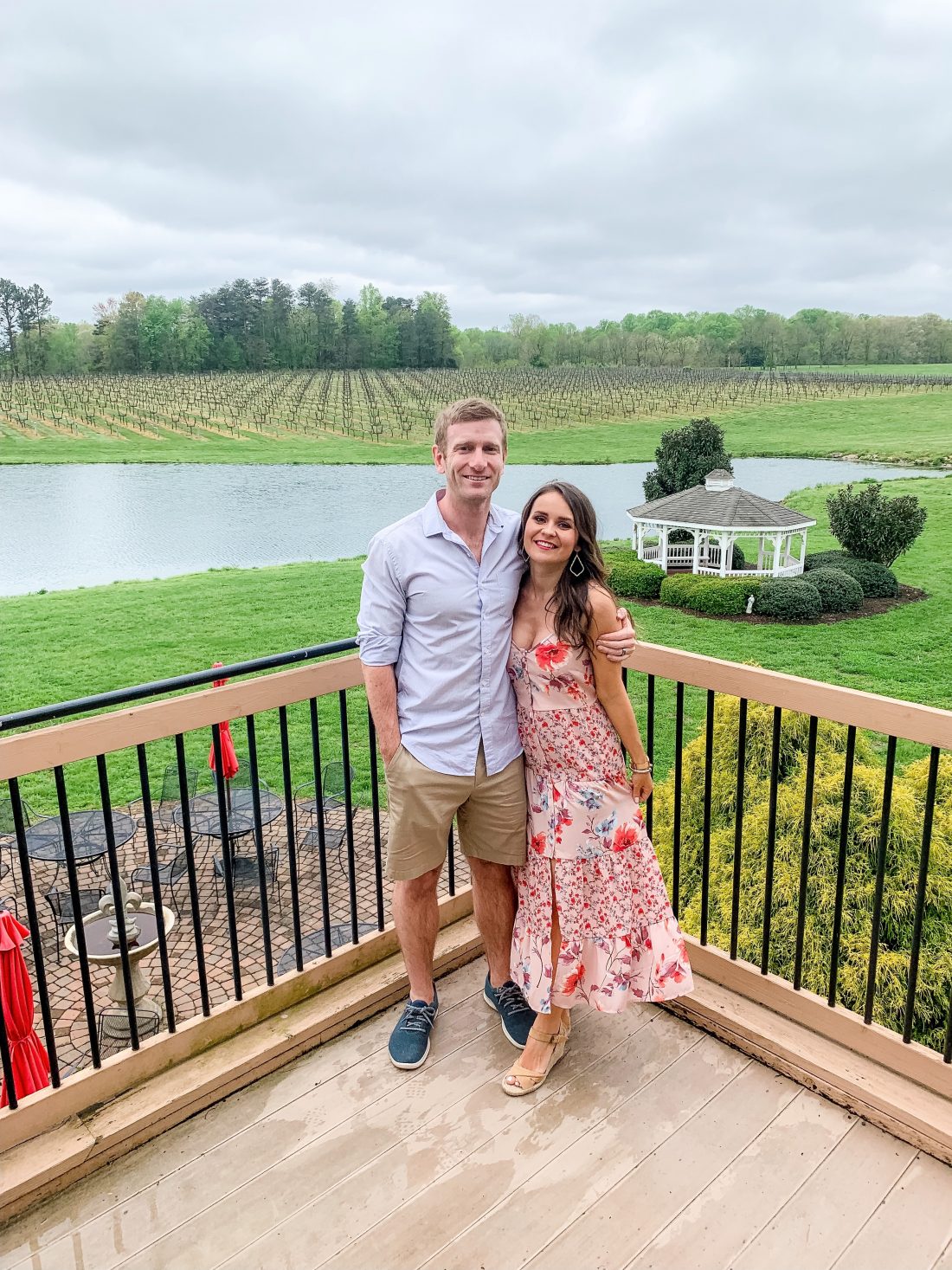 Happy Monday, friends!! I hope you had a great weekend- I know I sure did and my 30th birthday was one for the books! In Friday’s post, I shared 30 fun facts about me and today I wanted to share a few of last week’s celebrations with y’all. Ryan did the absolute most by planning the best birthday week ever and one I’ll always remember! 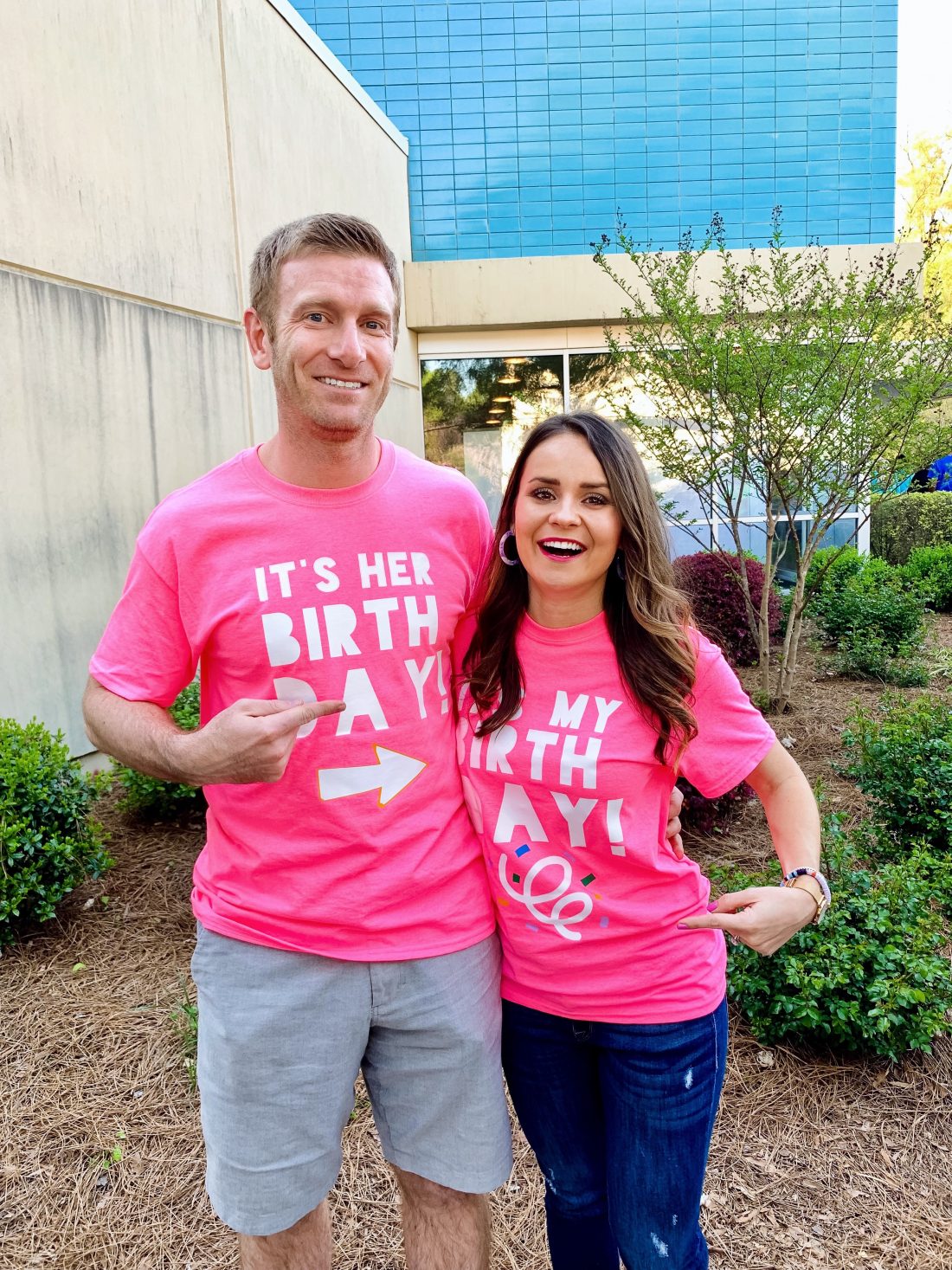 On the night of my actual birthday, we had tickets to The Price is Right Live which was so much fun! I’d never really watched the show before (was more of a Wheel of Fortune girl growing up) so we recorded a bunch of episode and Ryan schooled me on how the game went. I think we just assumed that the show traveled at times and that it would be televised but it was more of a “stage show.” No Drew Carey and no TV cameras but everything else was pretty much the same except they call people up randomly rather than picking them out in line. I did love the sweet t-shirts I made for us, I think that’s the brightest pink Ryan has ever worn! 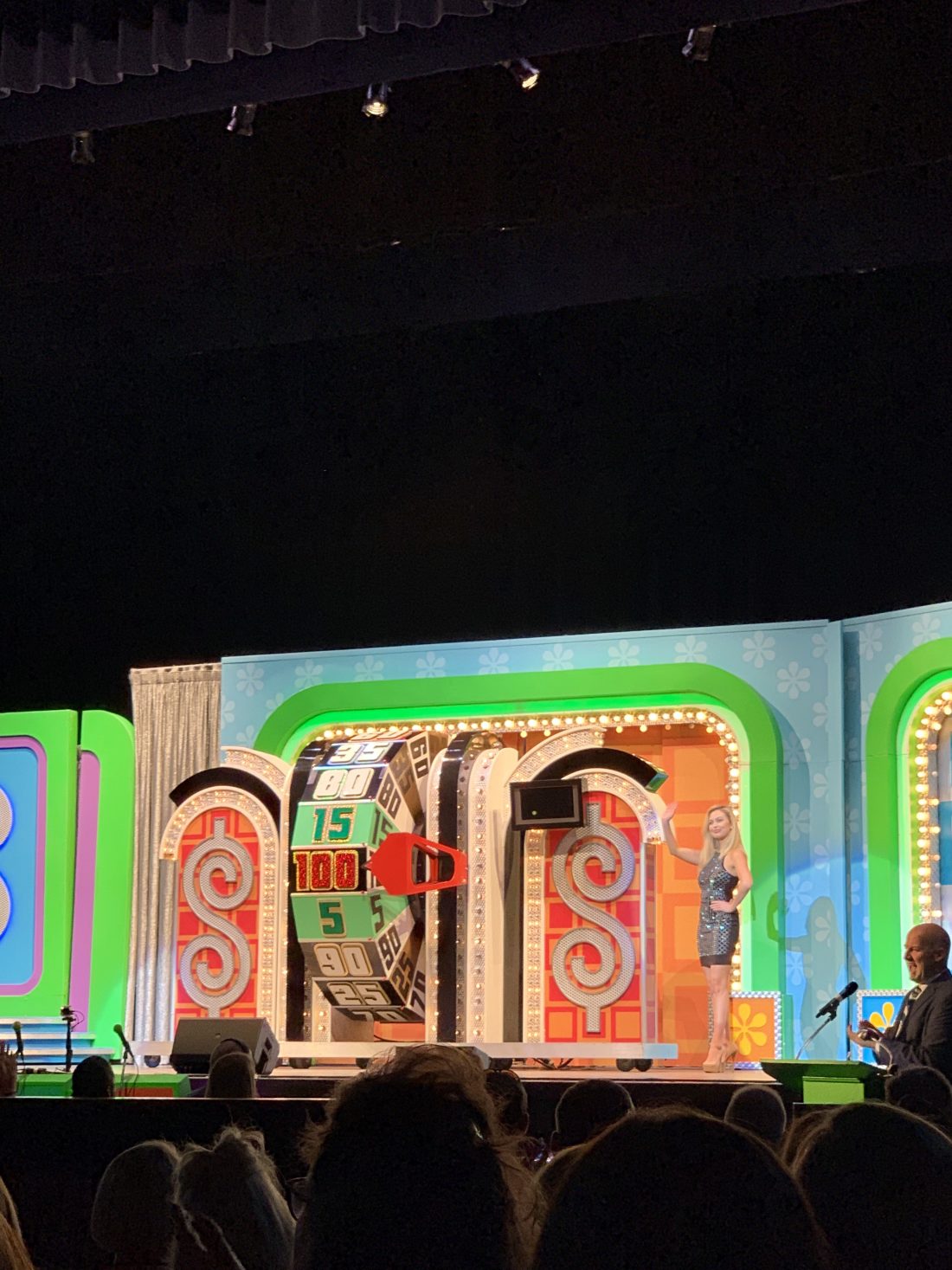 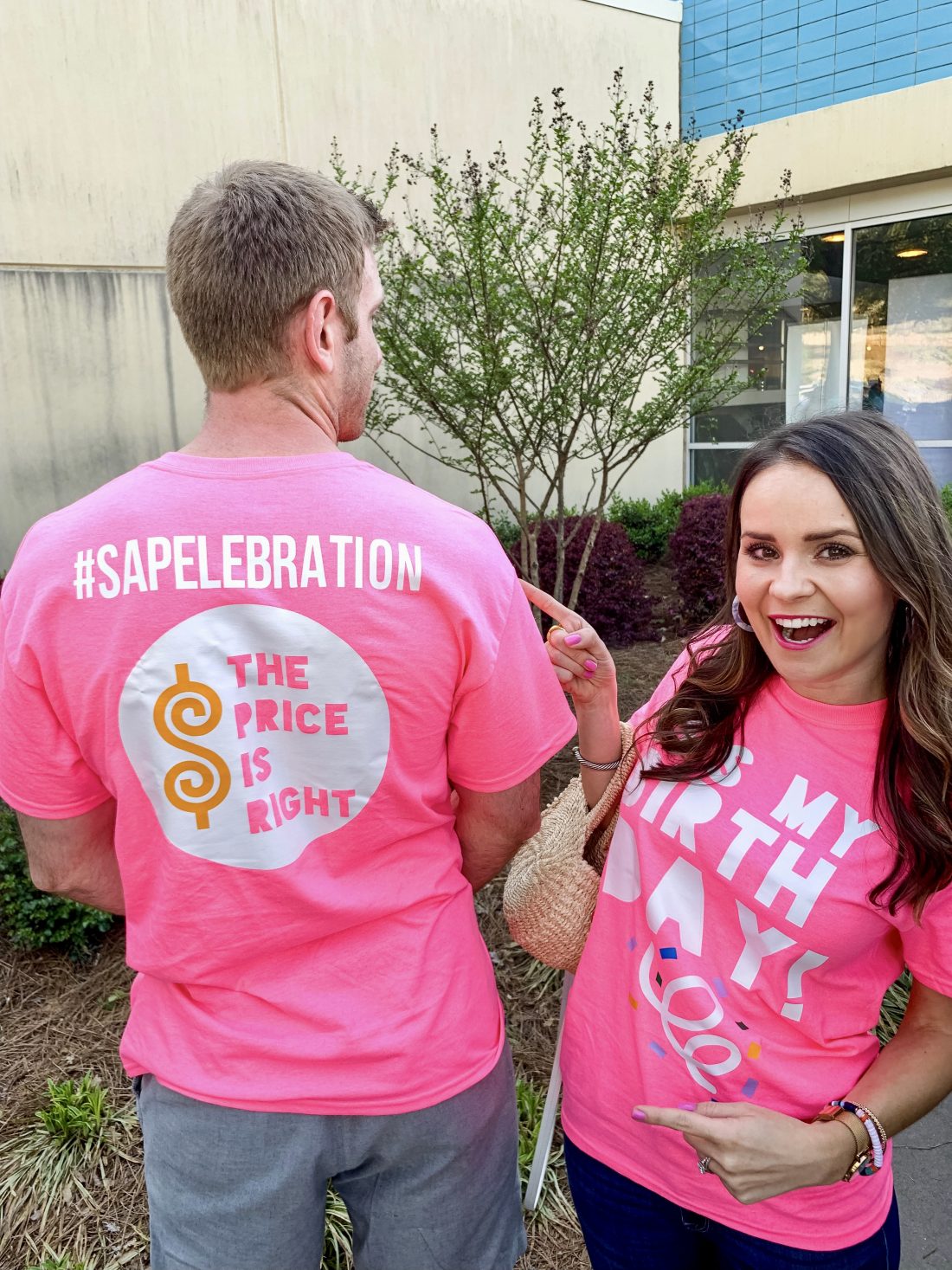 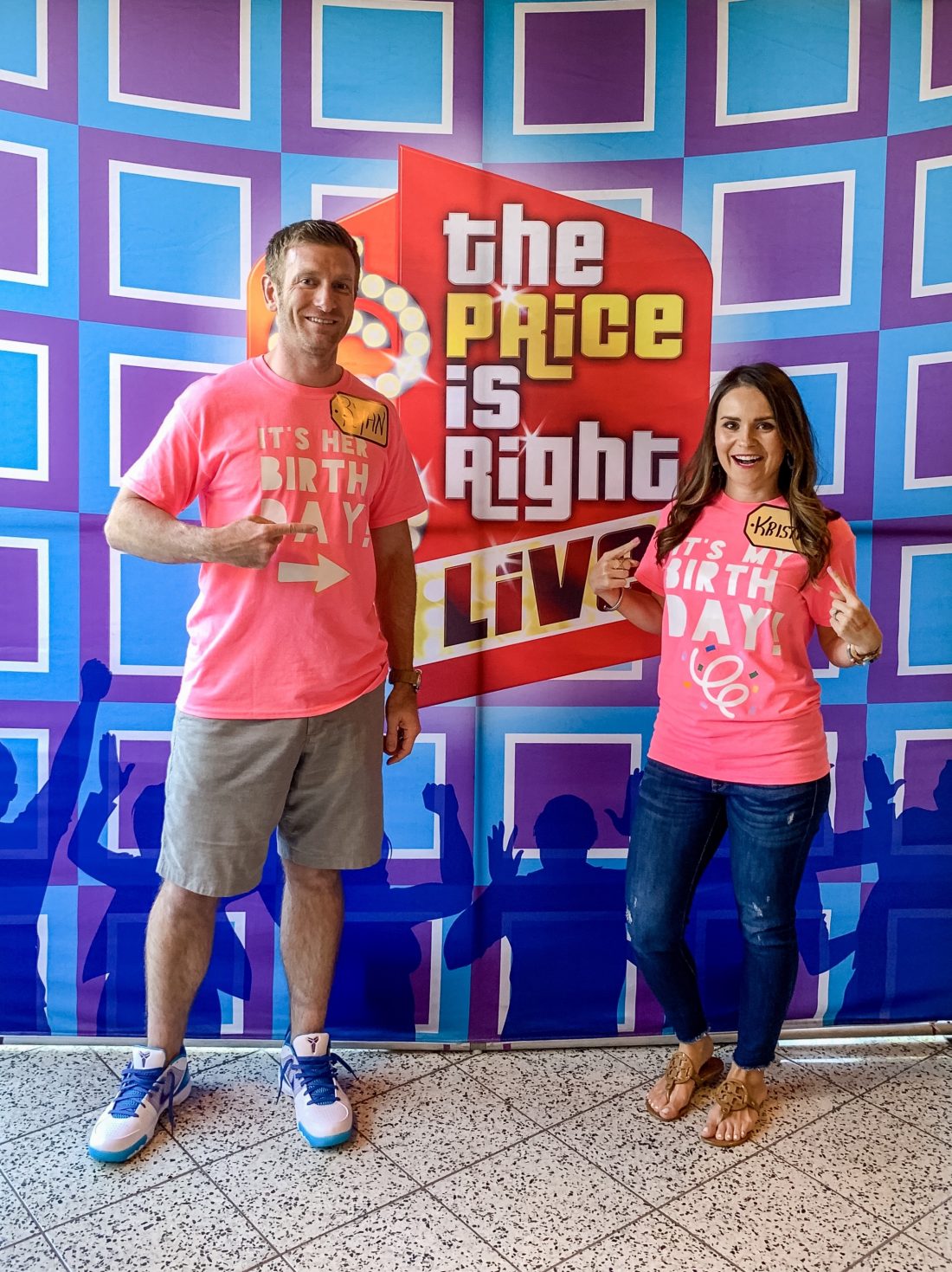 On Saturday, Ryan planned a very special day for us and some of our best friends. Even though it rained on & off, it didn’t stop the party! We piled into a sprinter bus and visited three NC vineyards for wine tastings. On the wine tour were Dobbins Creek Vineyards, Raffaldini Vineyards, and Shadow Springs Winery. I loved that we visited Dobbins Creek first because it was a more intimate setting (in the cutest wood cabin) where we were educated on wine and got to taste 10 different ones. Raffaldini looks like a winery straight out of Tuscany and Shadow Springs had some really unique wines include a margarita and chocolate wine- both of which we took home! 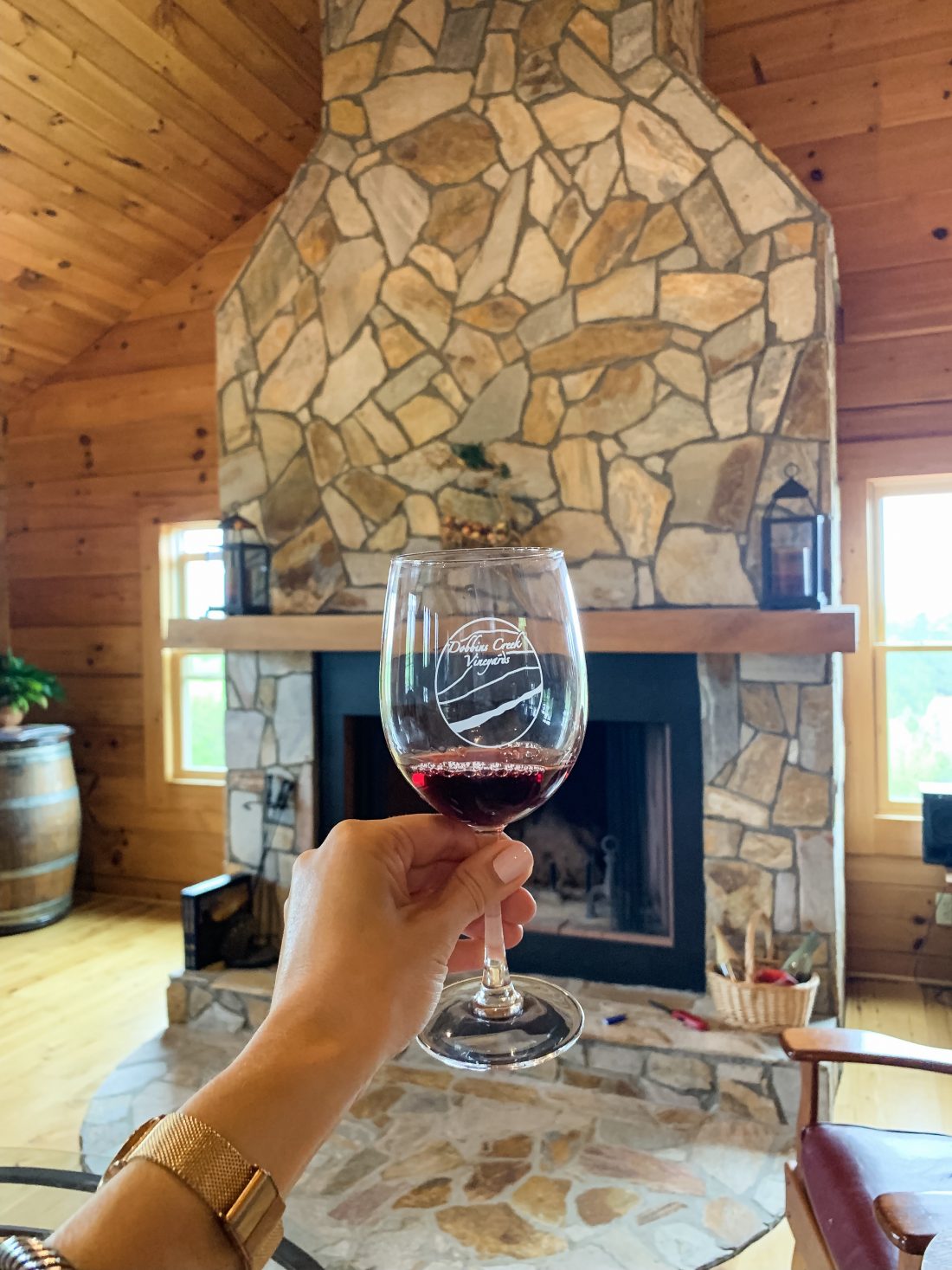 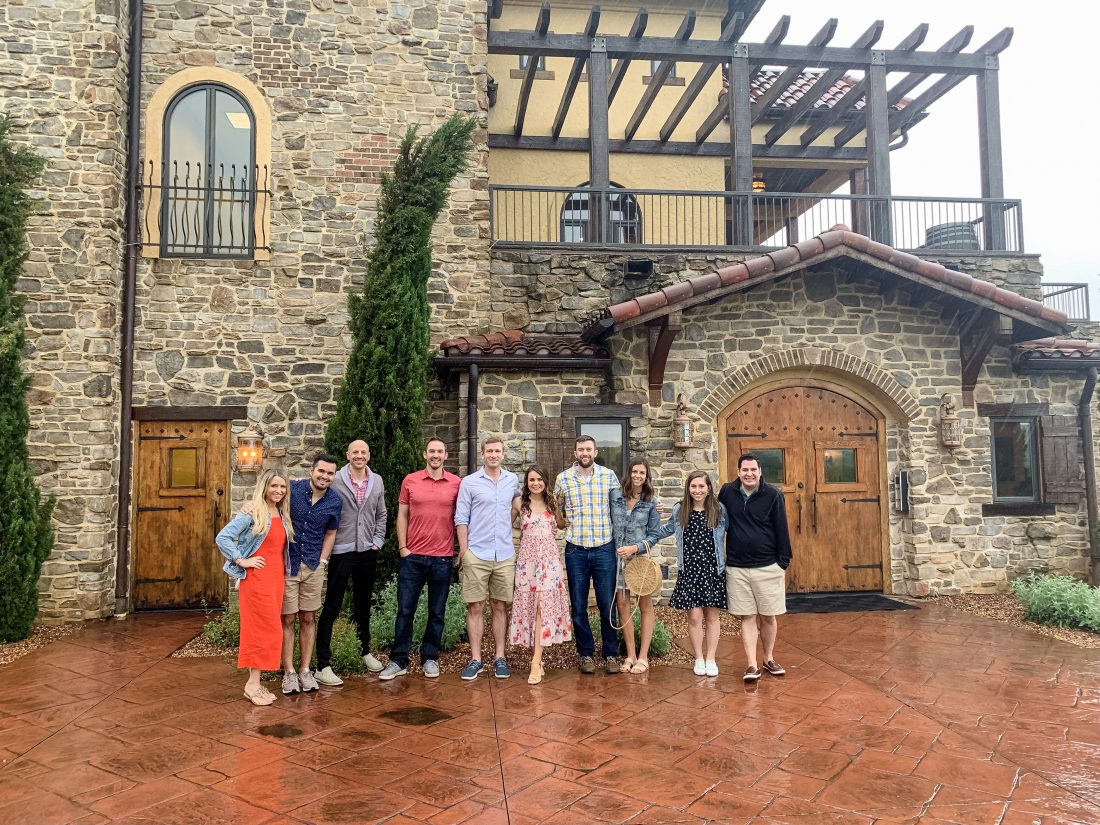 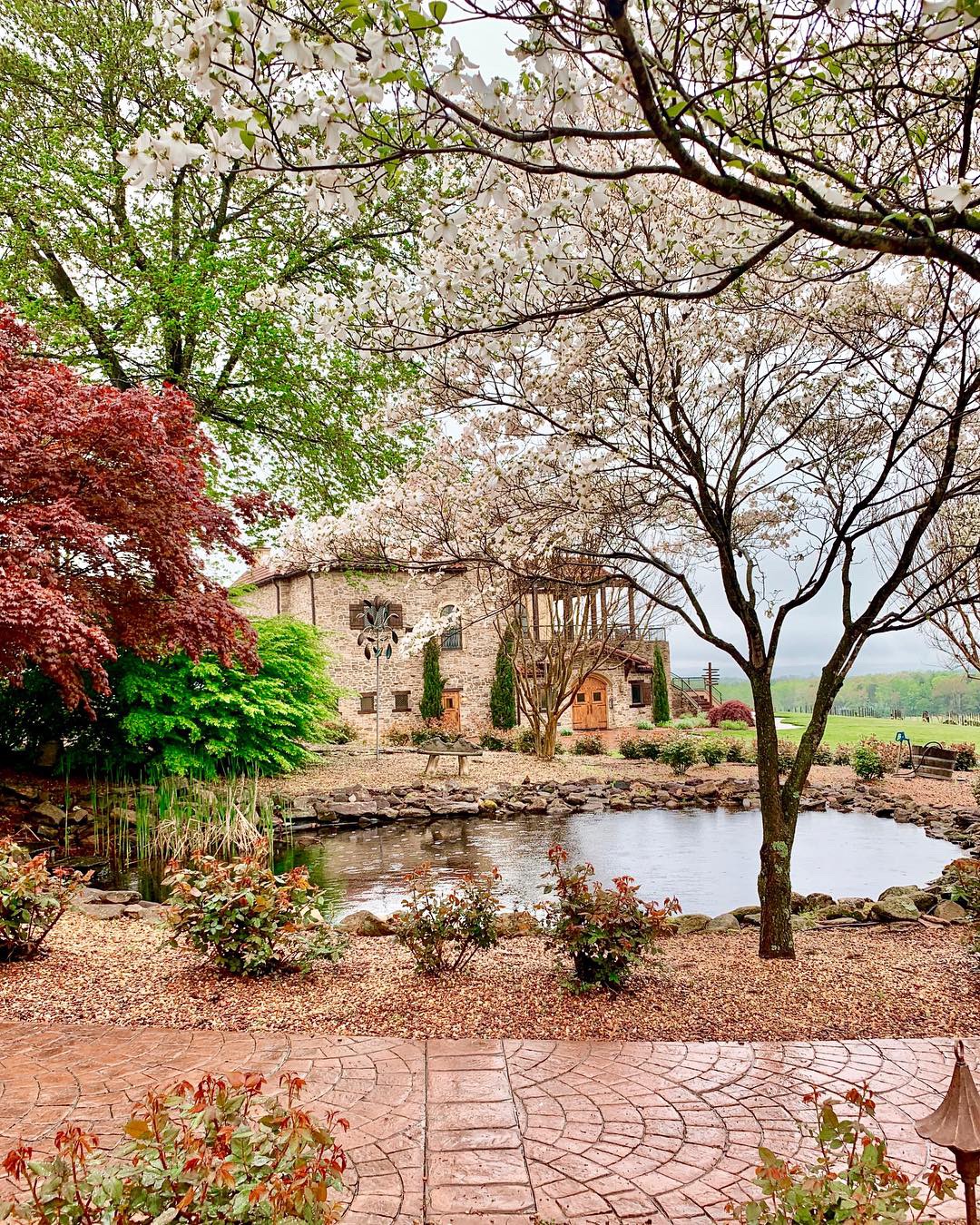 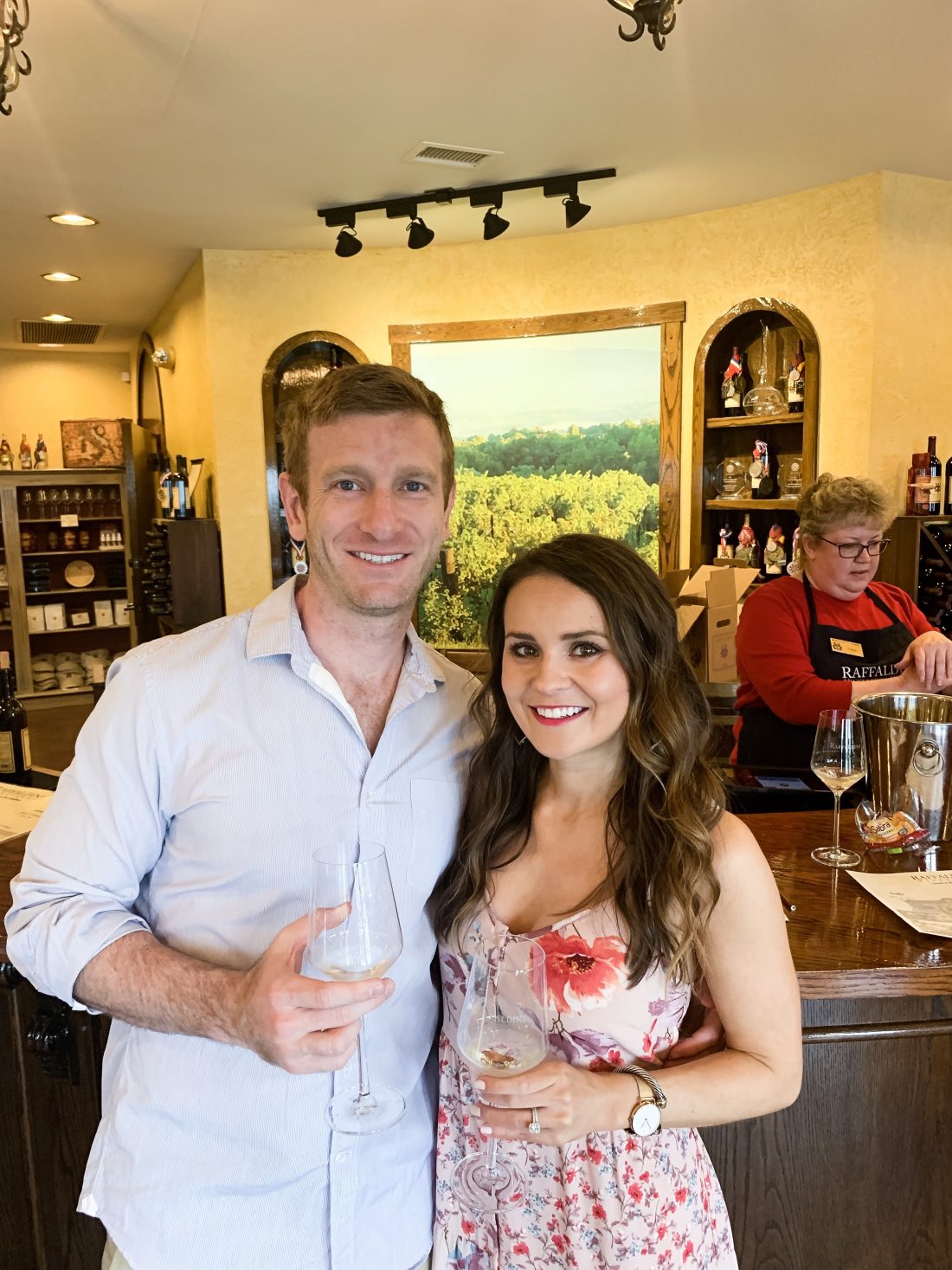 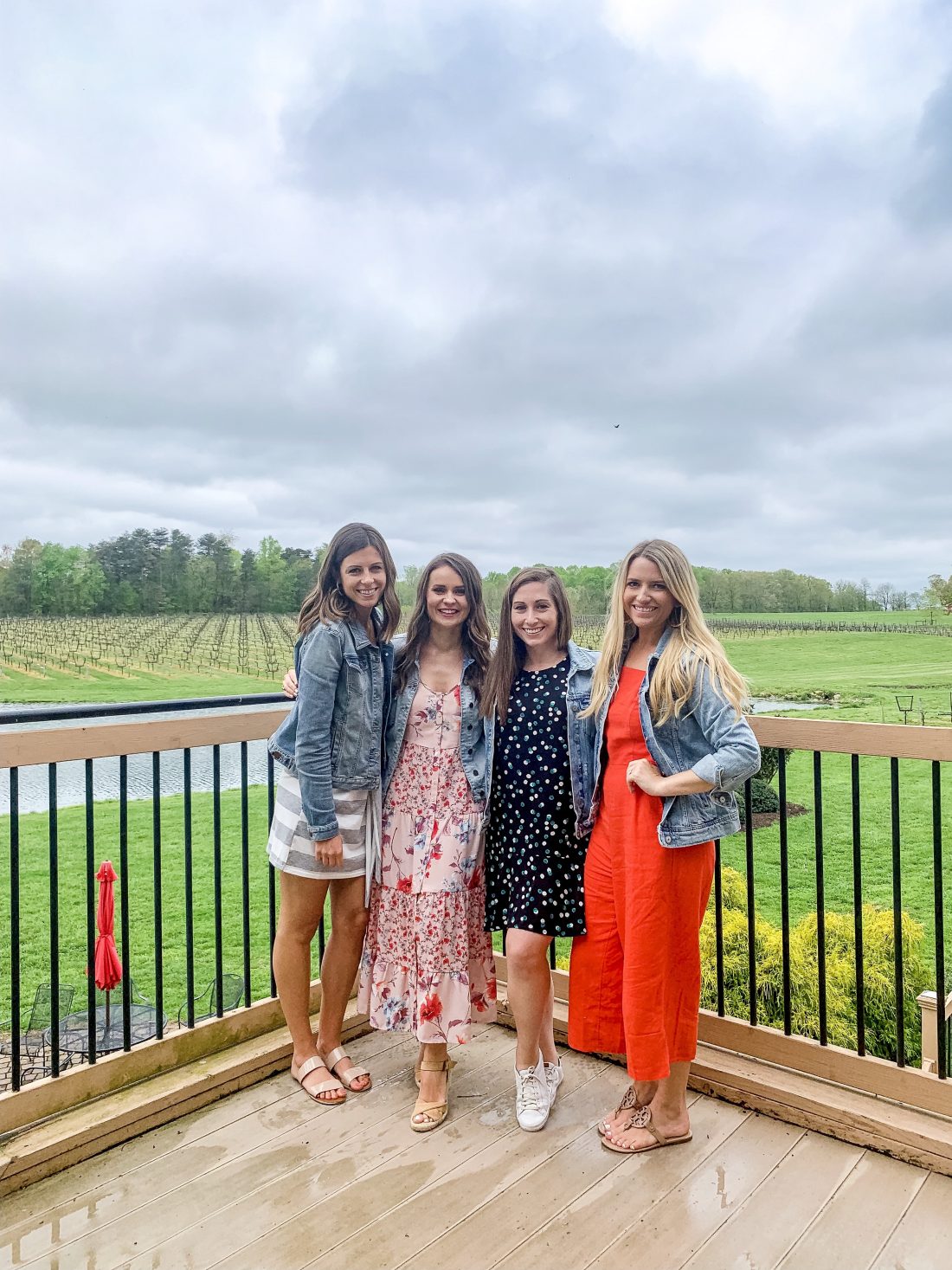 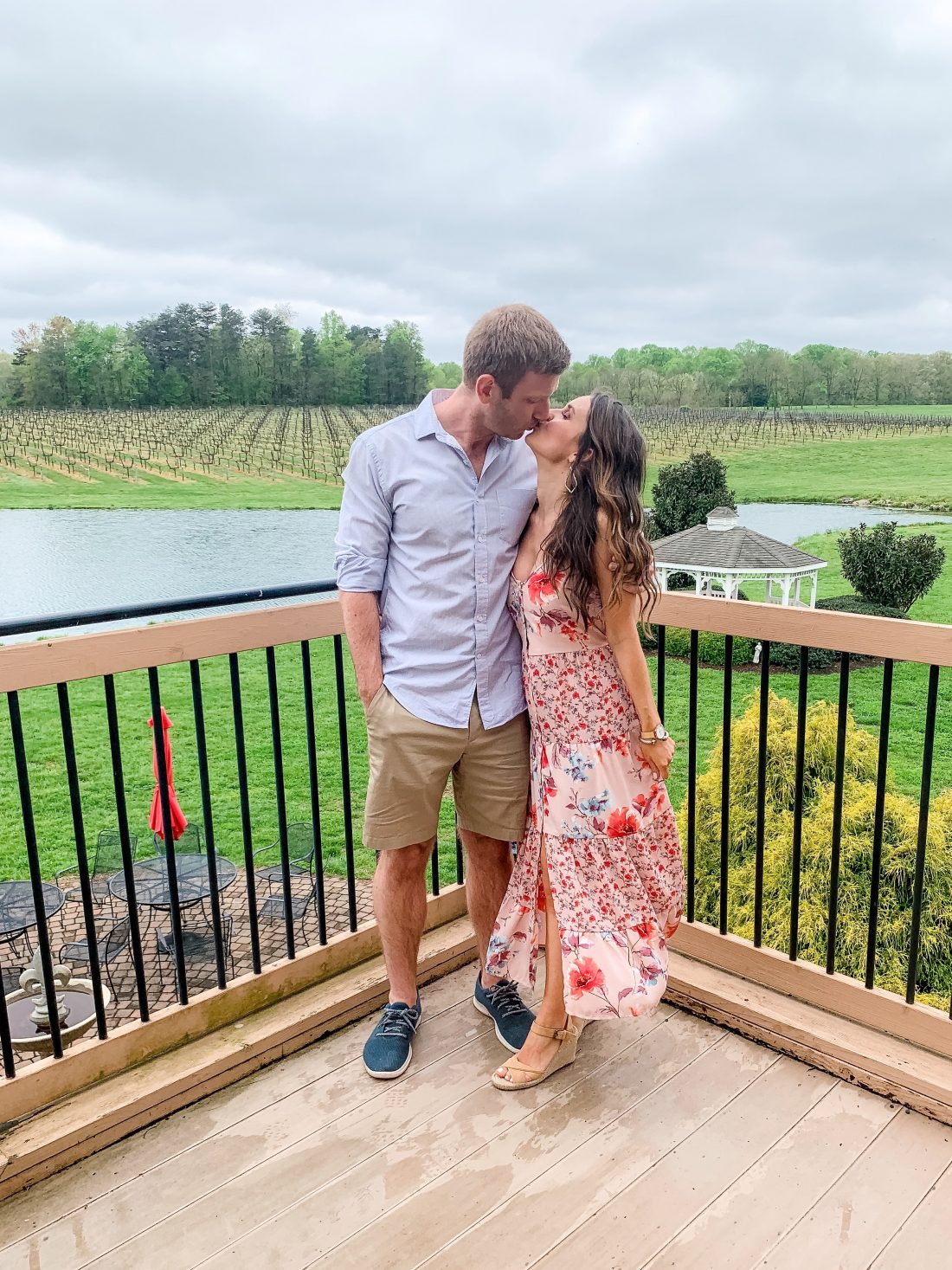 Ryan saved the best surprise for last… my dream car!!! We were all hanging out behind the garage and when he pulled up in the BMW I was SO shocked. We had looked at a few different cars a few months ago but haven’t really talked about it since. He actually found the best deal at a dealership in Raleigh and took the train up on Thursday and drove the car back to Charlotte while I was working… such a sneak! 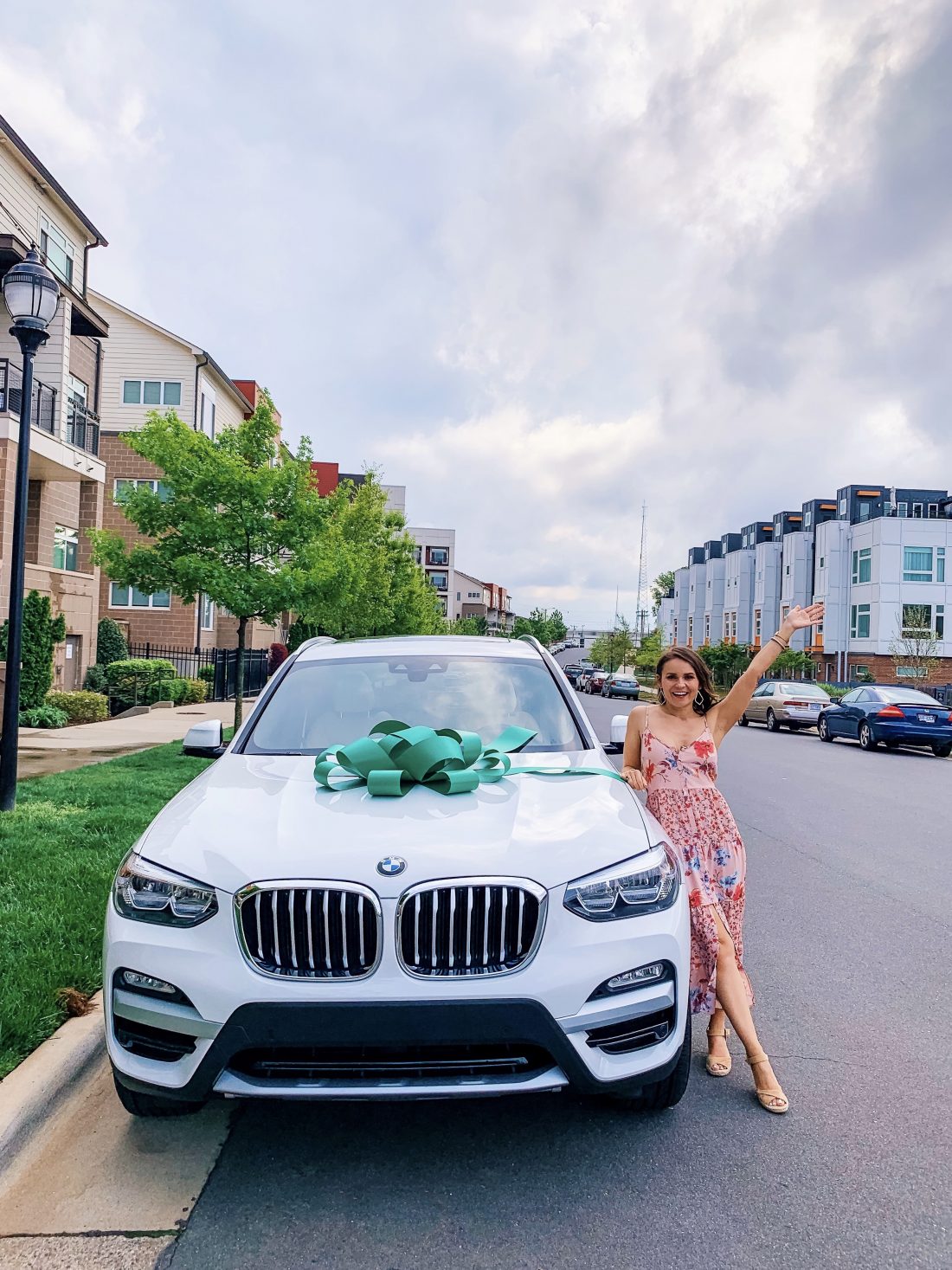 We wrapped up the weekend’s festivities with brunch at one of my favorite restaurants, La Belle Helene.  My parents came into town to celebrate both my birthday and their wedding anniversary. My mom had seen photos of this restaurant and was really excited to try it and it didn’t disappoint! I highly recommend the brioche French toast and onion soup. 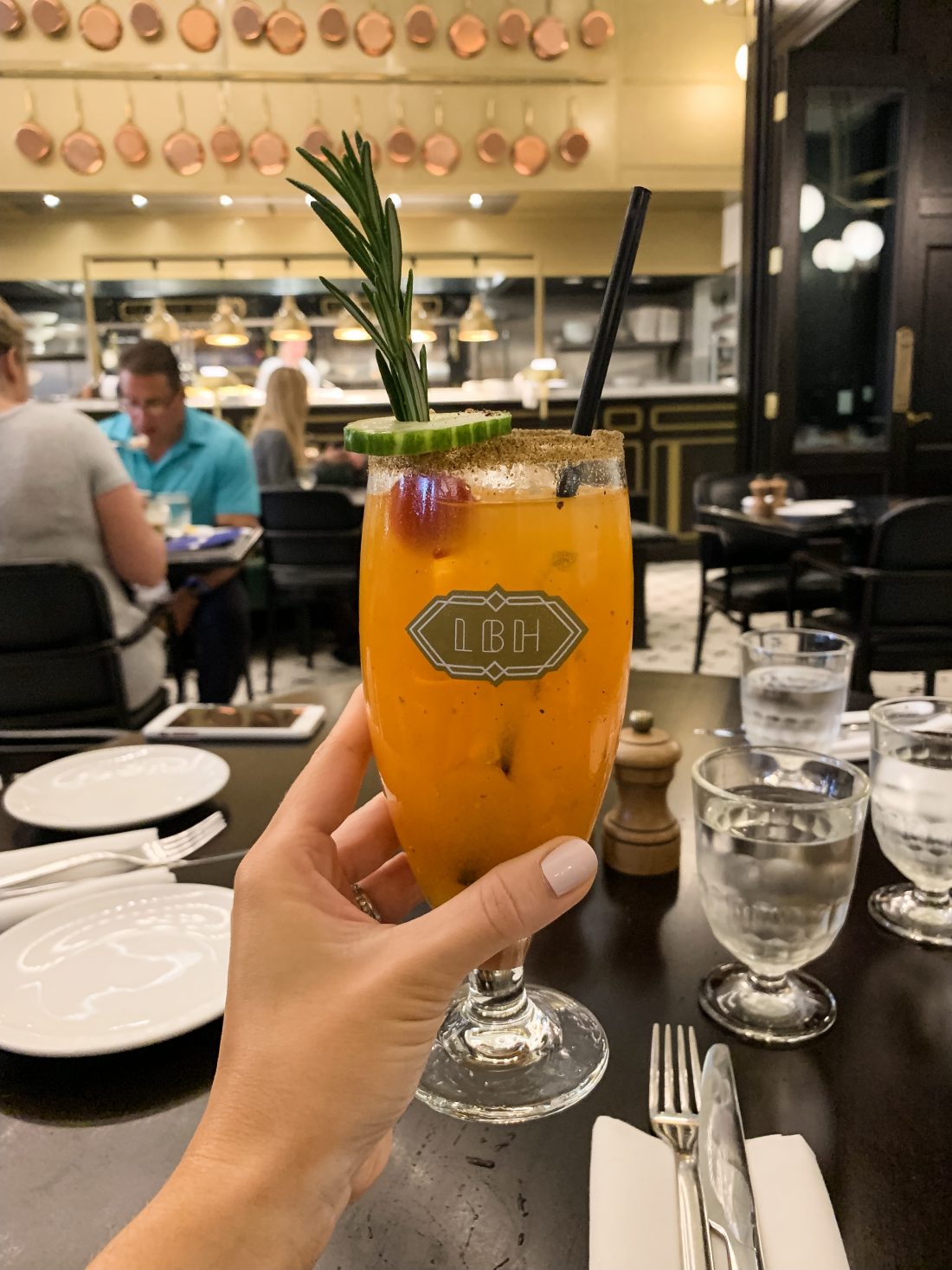 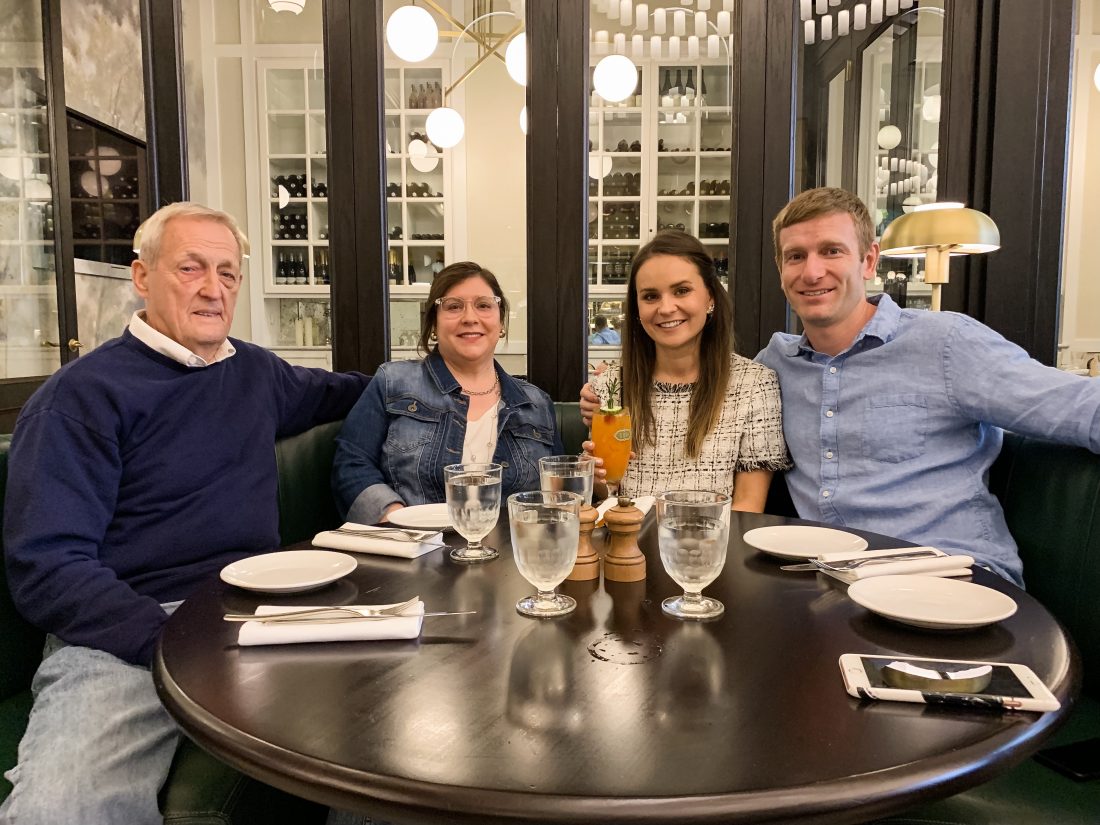 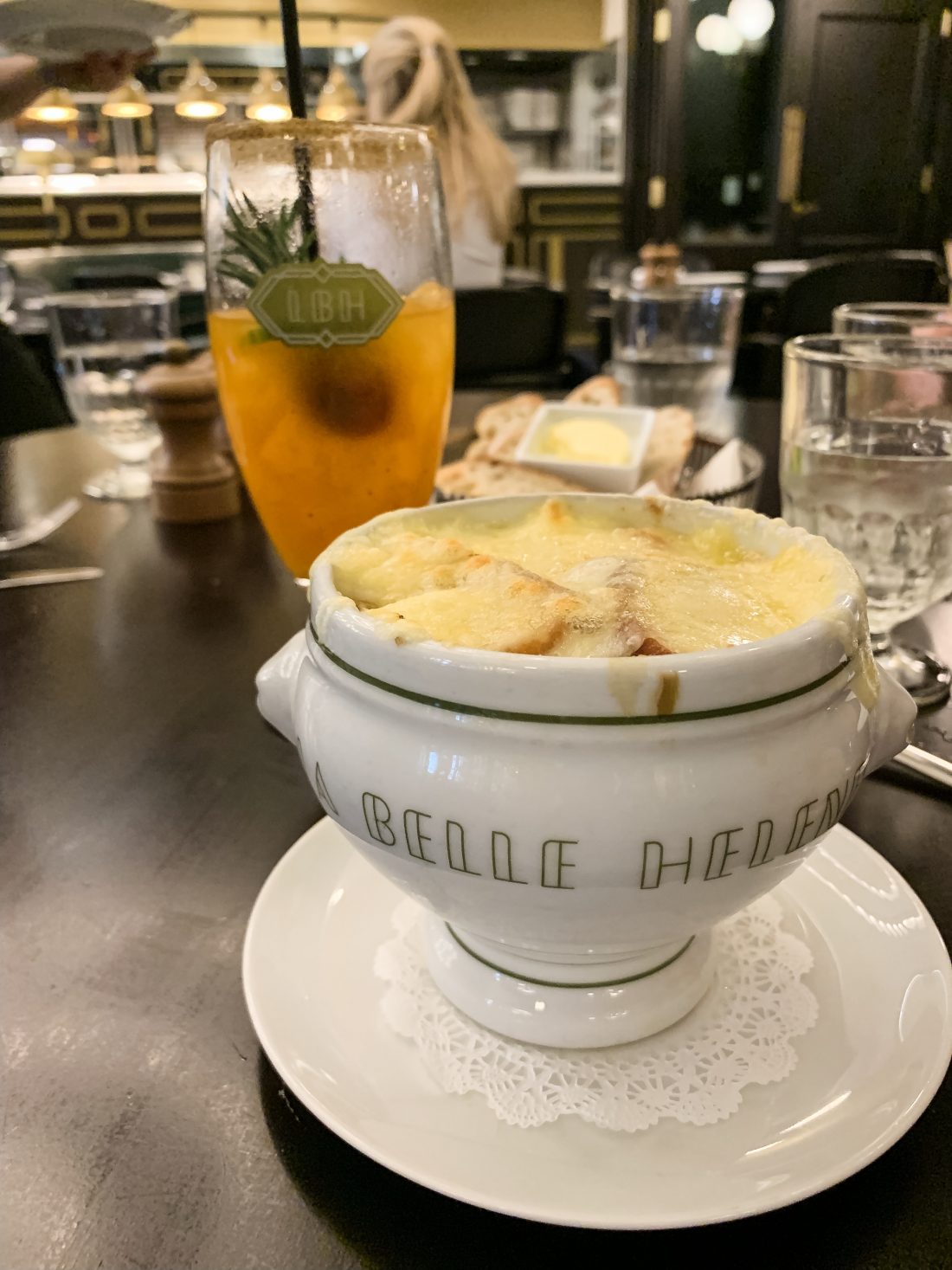