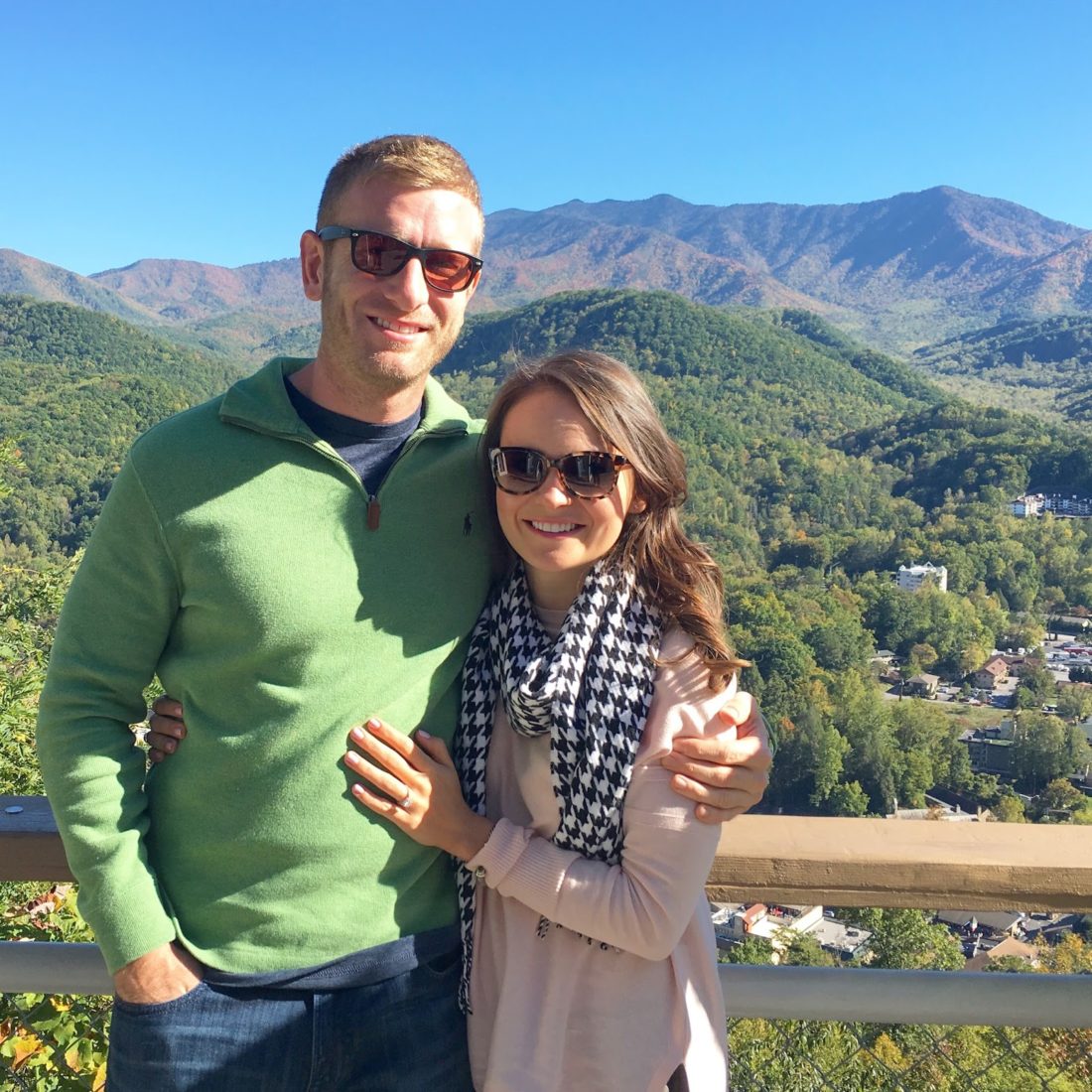 Oh hey, Monday! As usual, I’m a little sad that the weekend is over but at least I can relive it with this little recap. Y’all know I’m all about October and all things fall so I was pretty excited to travel to the mountains with Ryan this weekend. And as a side note, I’m also happy to report that we successfully took our engagement photos on Thursday… and the weather was absolutely perfect!! We may have gotten rained out the first time, but the second time around there wasn’t a cloud in the sky and I couldn’t have been happier. Can’t wait to share those with y’all but until then, I’ll be (not so patiently) waiting over here! Now, let’s jump into the recap of this weekend’s festivities. Warning: picture-heavy post ahead! 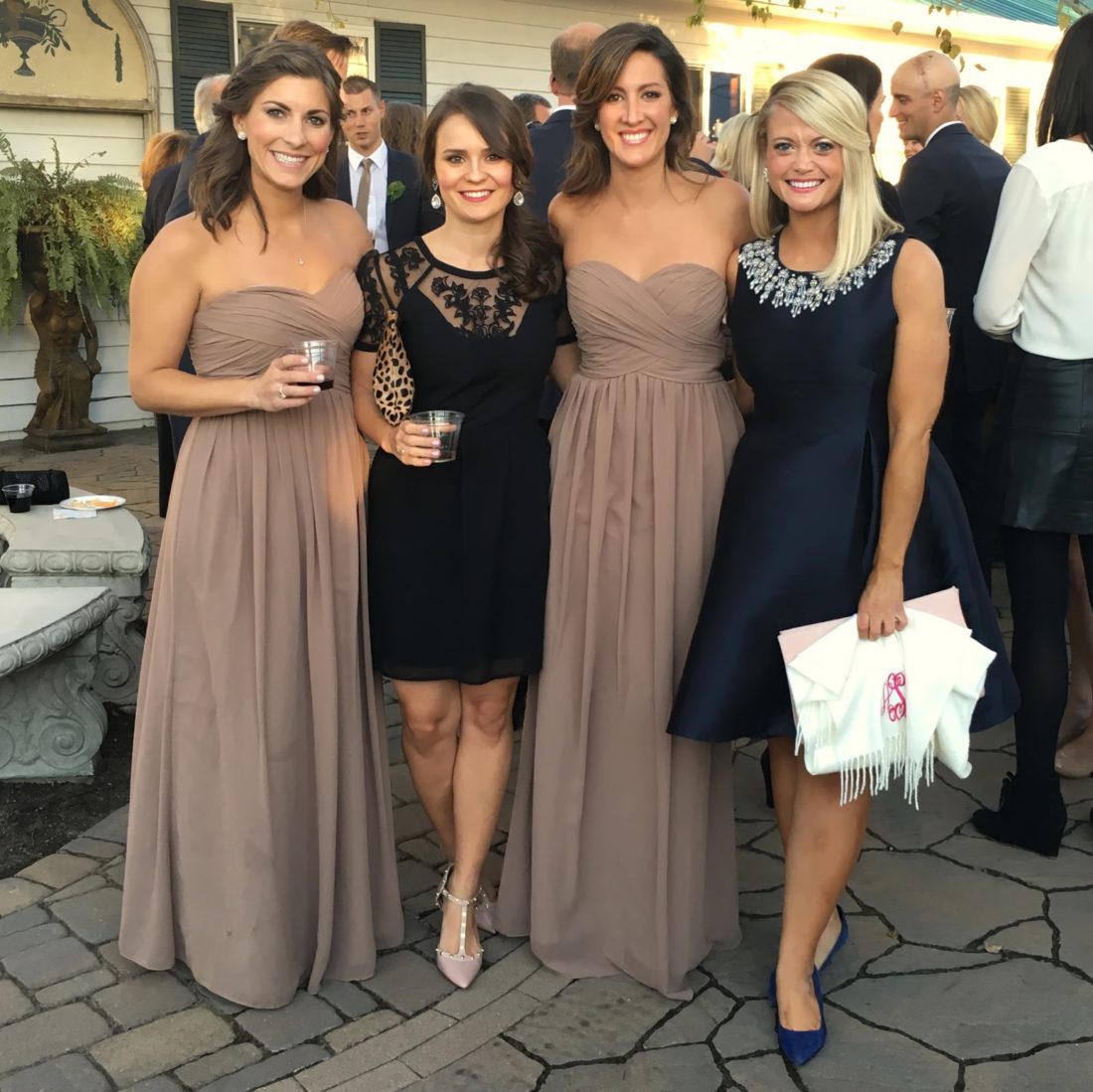 On Friday morning, Ryan & I made our way to Knoxville, Tennessee for the wedding of our friends Whitney and Chase. I met Whitney my senior year of college and we ended up living together for 3 years after that. I remember when she & Chase first started dating (about a month before Ryan & I) and it definitely seemed like he was “the one.” They are such a great couple and we were so happy that we could be a part of their special day. Their wedding took place on a farm and if you follow me on Snapchat (khendley1), you may have seen an adorable little pig running around! The ceremony was sweet and sentimental and the reception was a rustic affair- the venue was actually renovated from old horse stables, it was so unique! We had a great time with the bride and groom and successfully finished our wedding tour of 2015. Next stop… our own!! 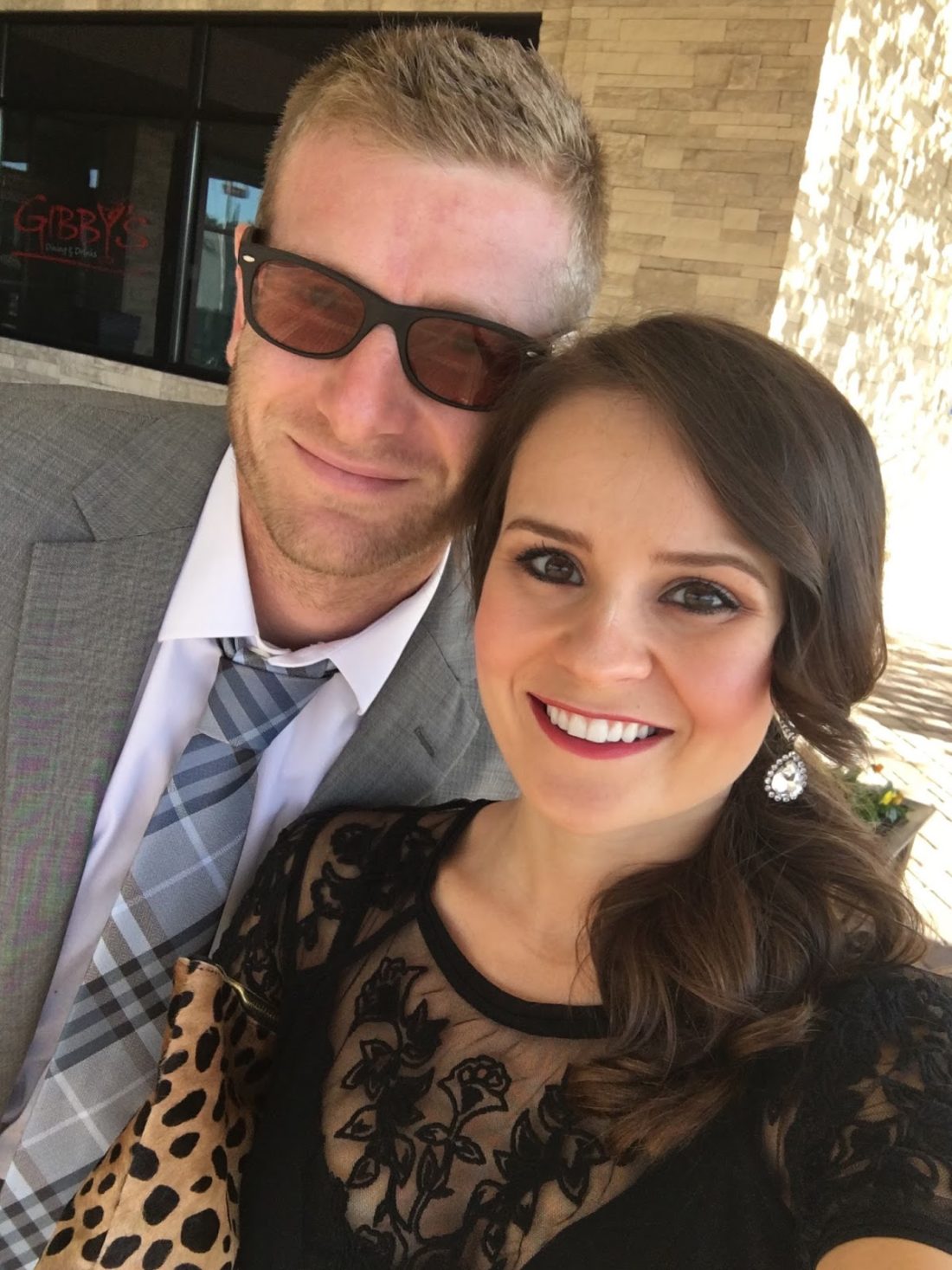 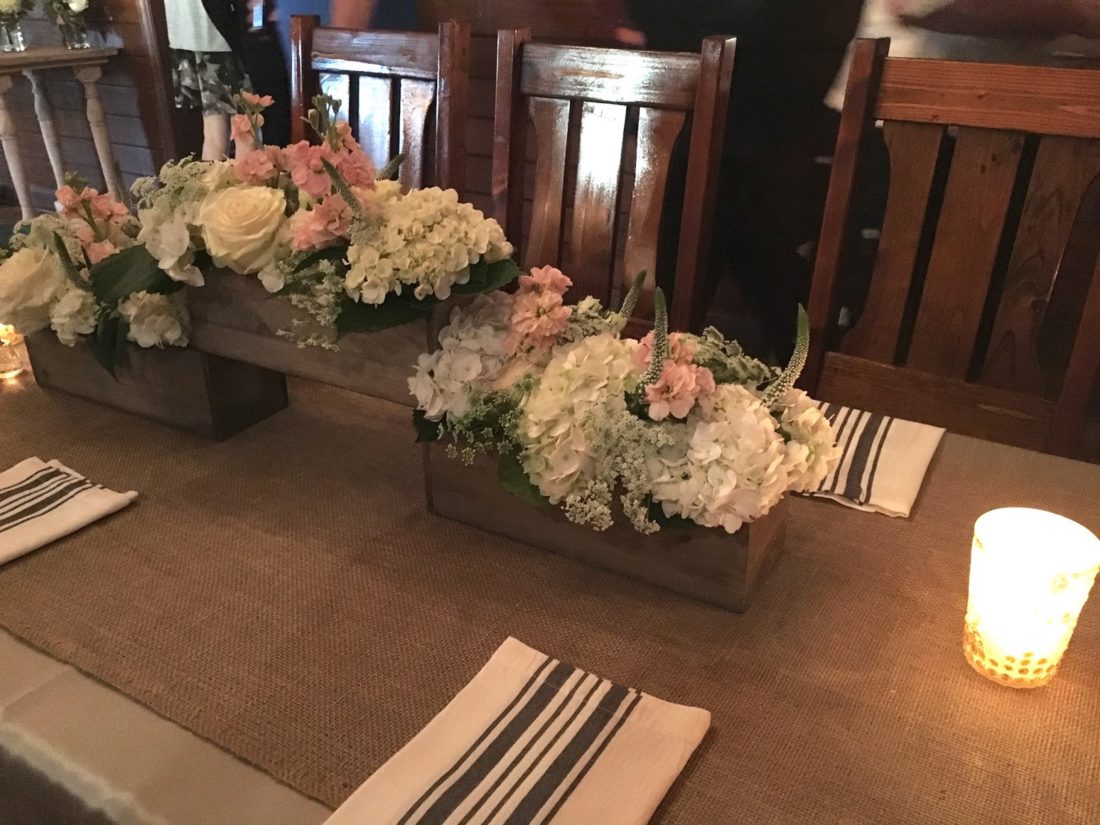 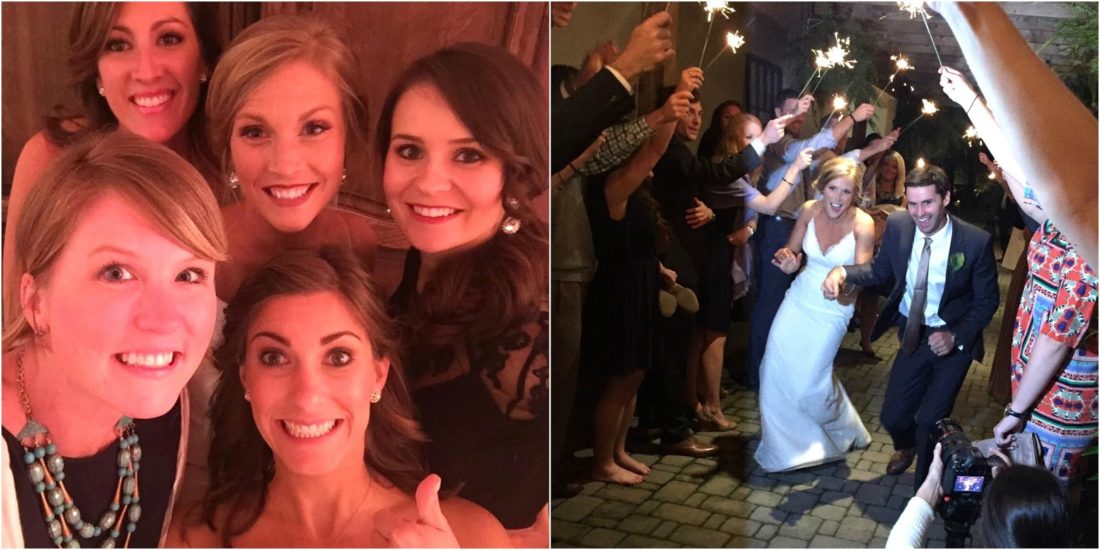 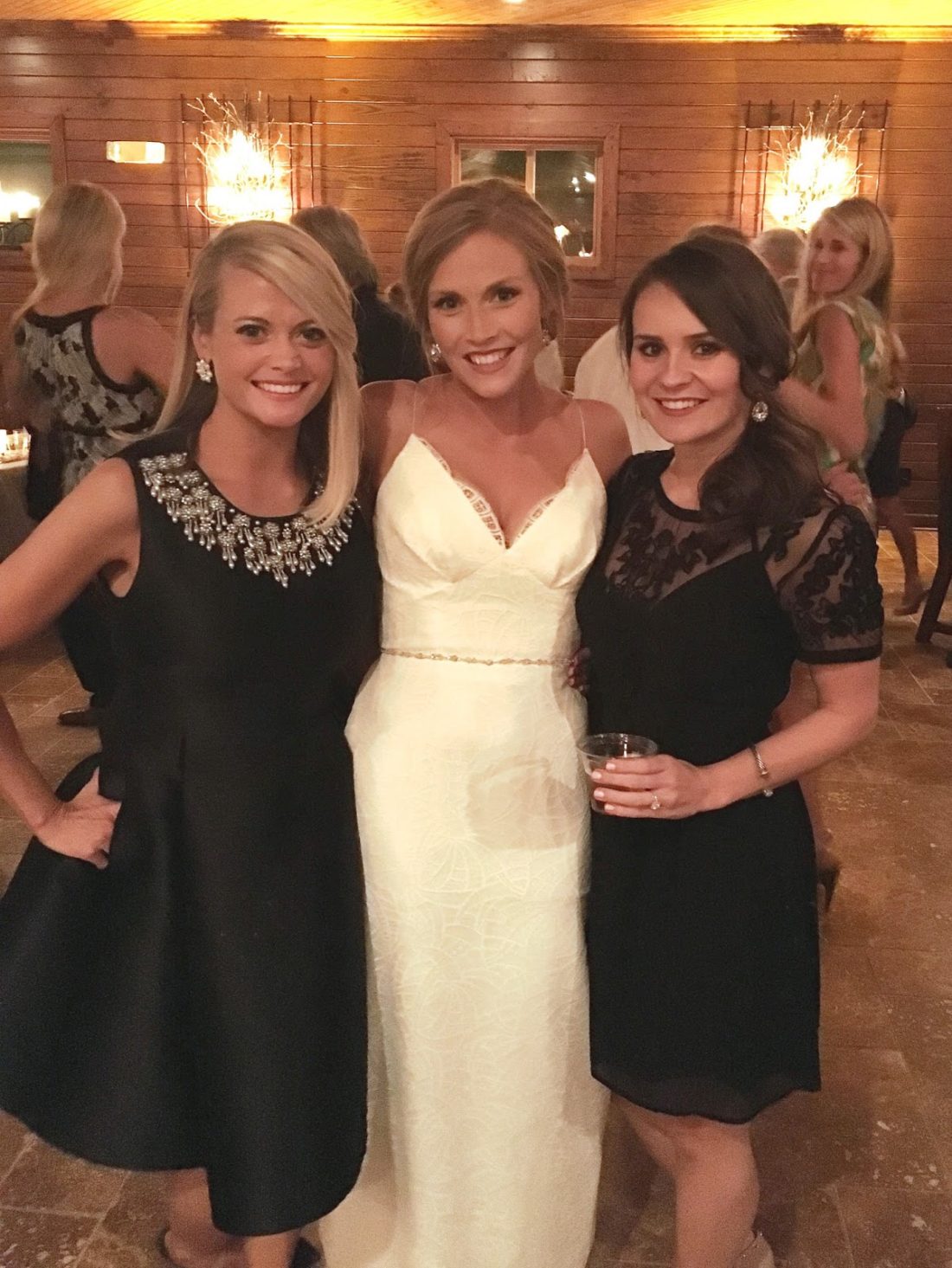 On Saturday morning, we decided to check out downtown Knoxville. This was my first time in the city and Ryan’s very first time in Tennessee so we thought we’d do some exploring. We checked out Market Square which is an open outdoor area full of cute little shops, restaurants, and a farmer’s market. Of course I had to pick up an apple cider donut! 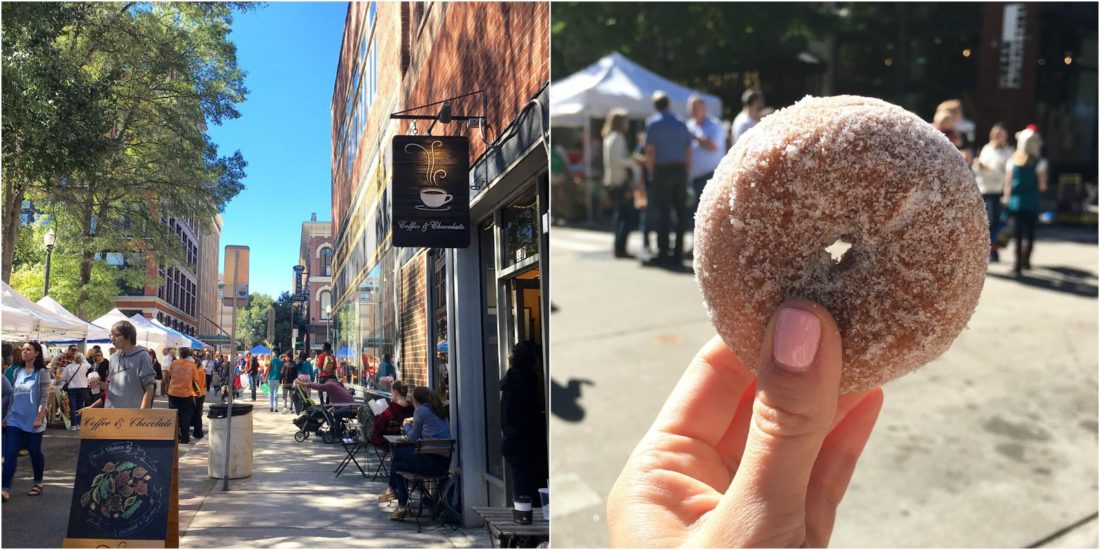 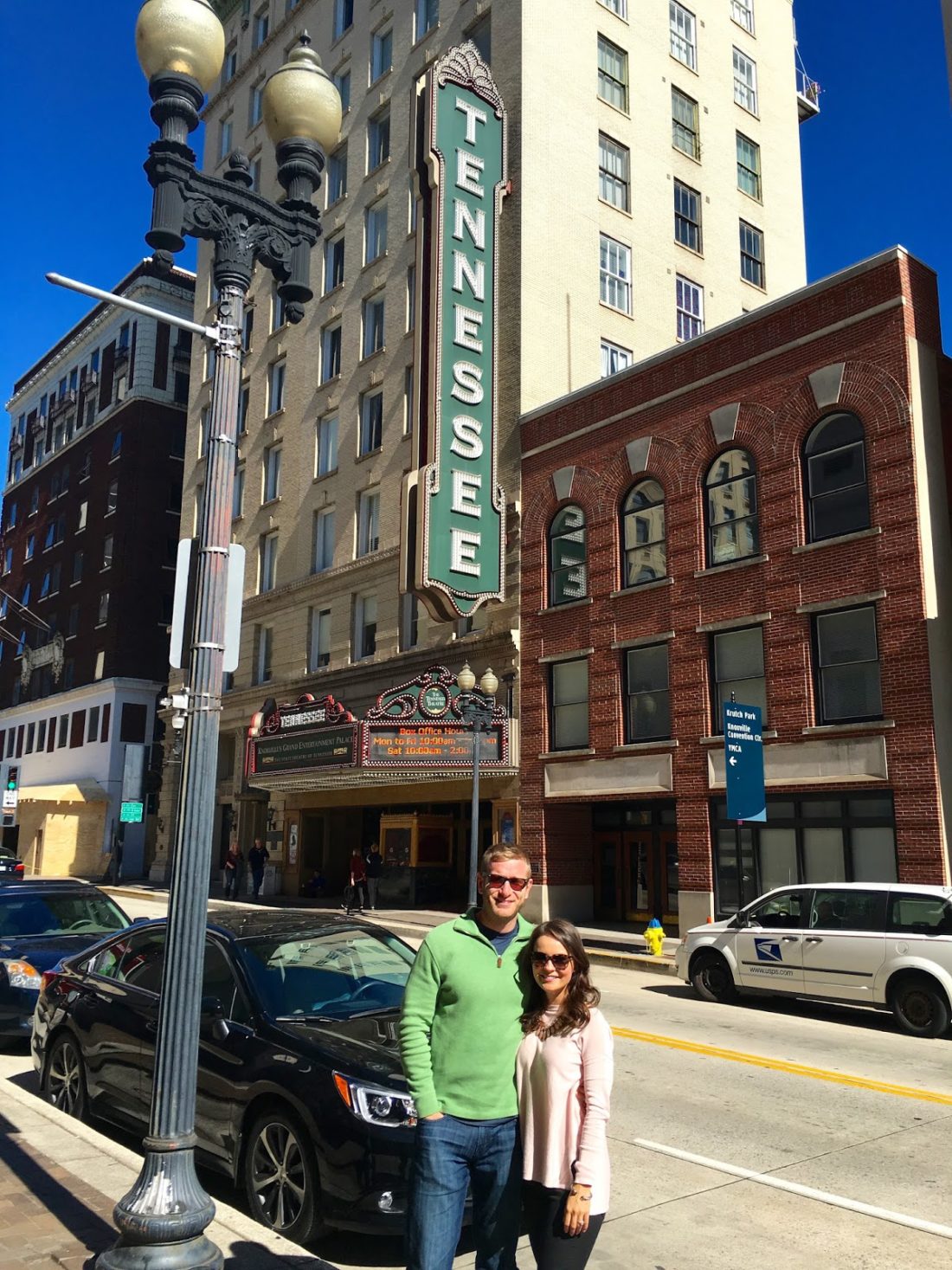 After we walked around downtown Knoxville for a bit, we decided that we should do some more exploring and headed to our next destination… Gatlinburg! This city can be compared to the “Myrtle Beach of the mountains” because it’s super crowded and touristy, but the upside is there’s a ton of things to do. I’ve been several times and used to love going to Dollywood & Pigeon Forge when I was younger so I thought an afternoon stop was in order. 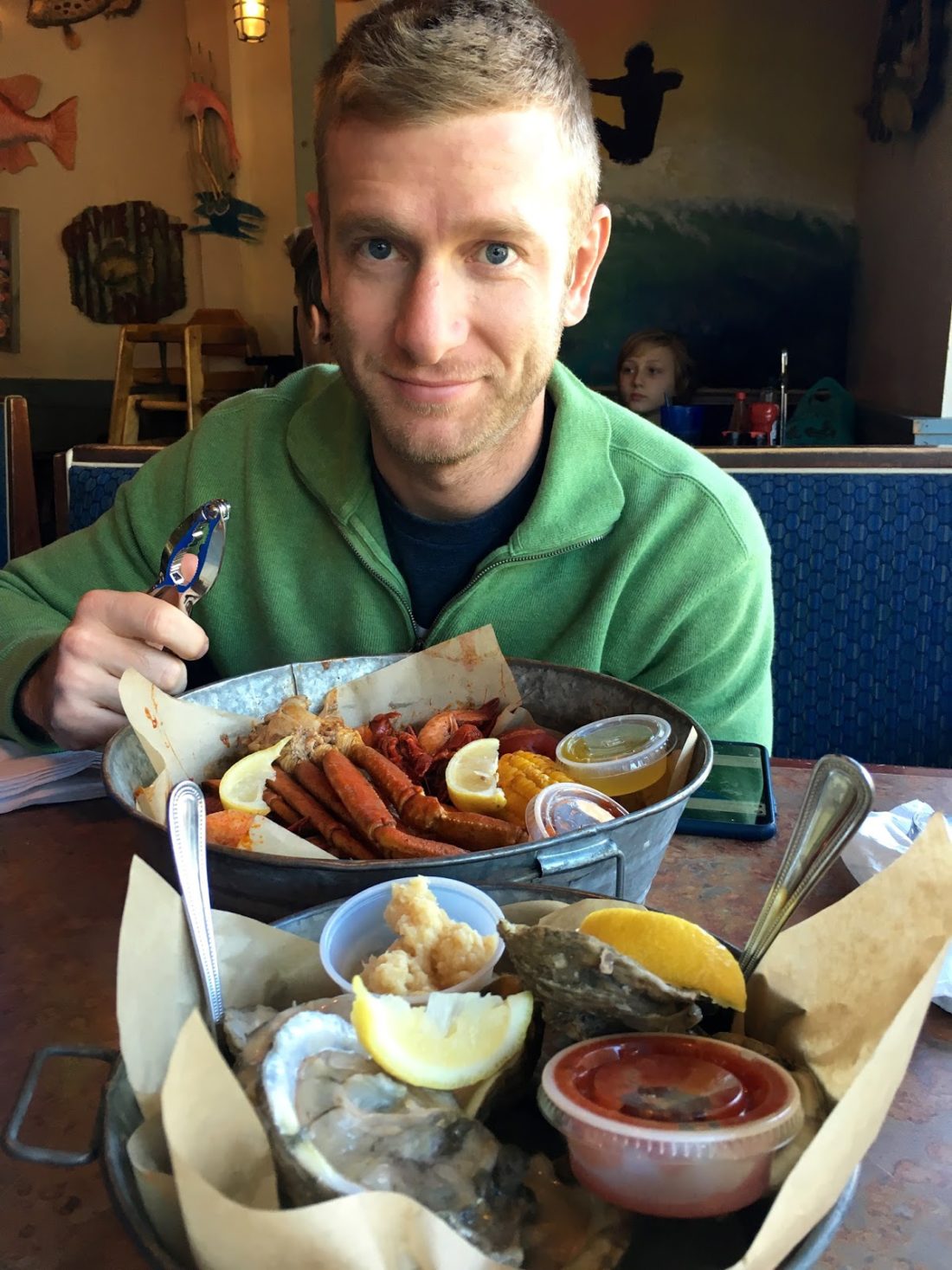 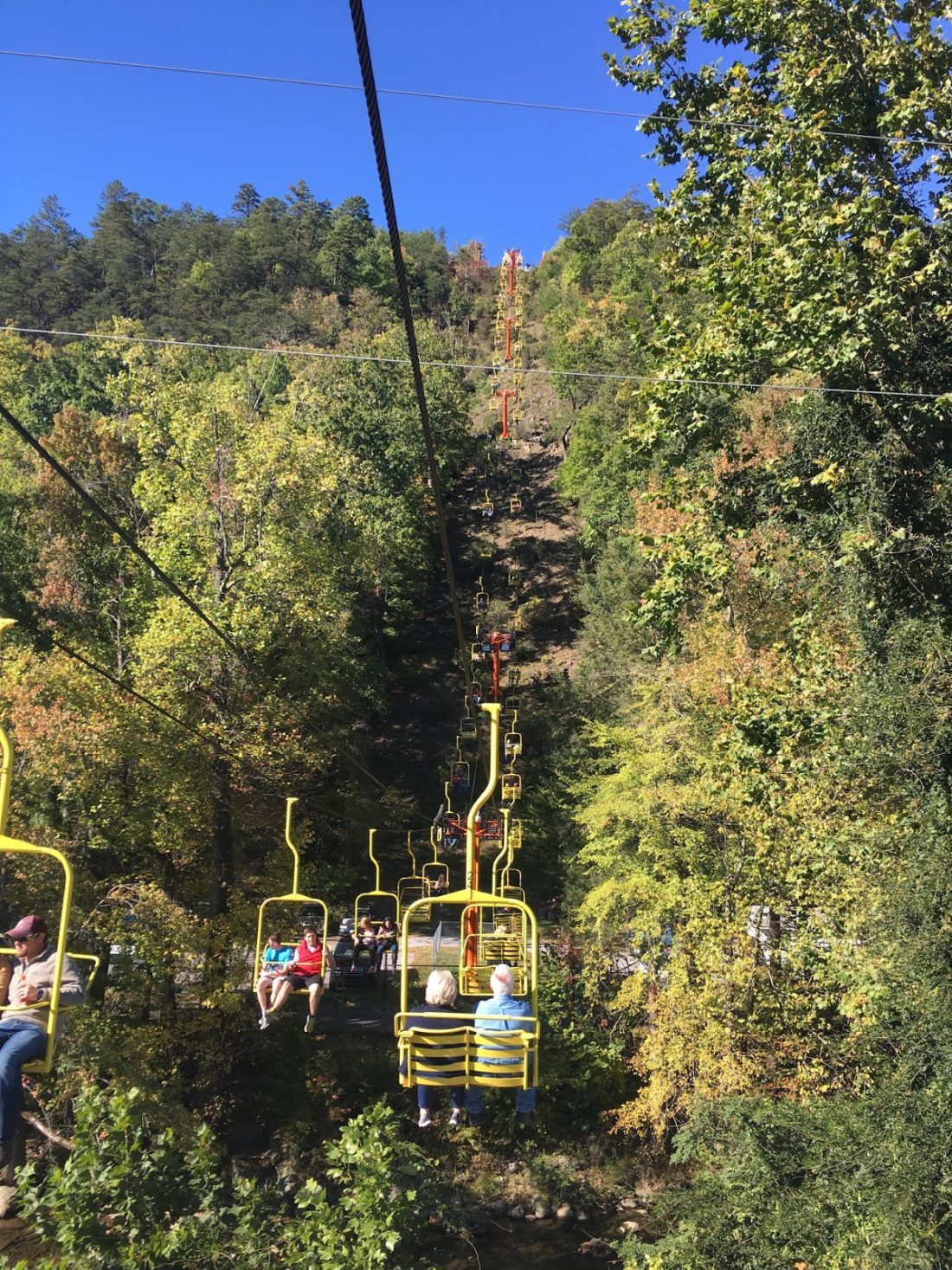 We started with lunch at Crawdaddy’s then rode the Sky Lift to take in some killer views of the mountains. It was a gorgeous day and I’m glad we could spend most of it outside. After that we popped into Sugarlands Distilling Company because it sounded like people were having fun in there… lots of hootin’ and hollerin’ as the country folk would say 🙂 We decided to take part in the moonshine tasting (when in Tennessee, right?) and while this isn’t my drink of choice, the flavored ones were actually pretty delicious. Their approach worked because we ended up taking 3 mason jars home! 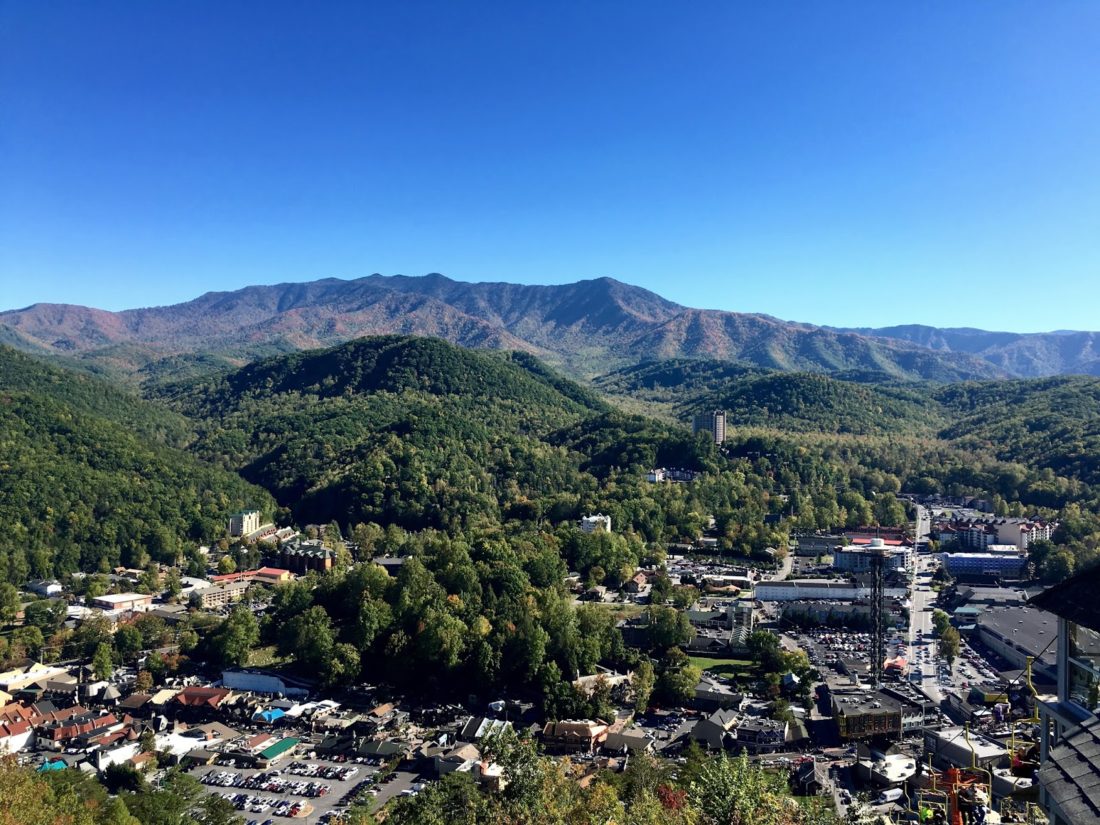 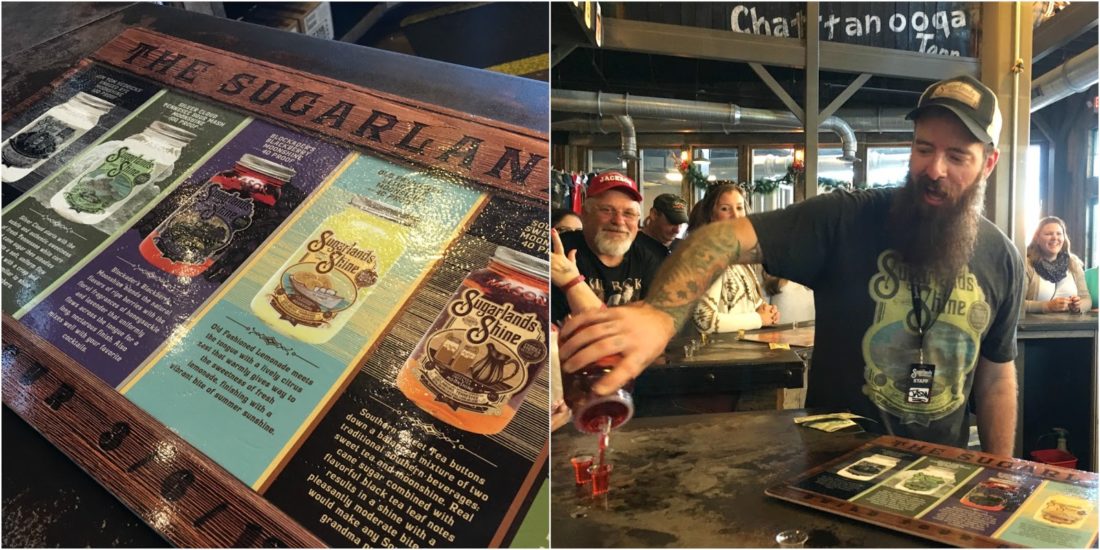 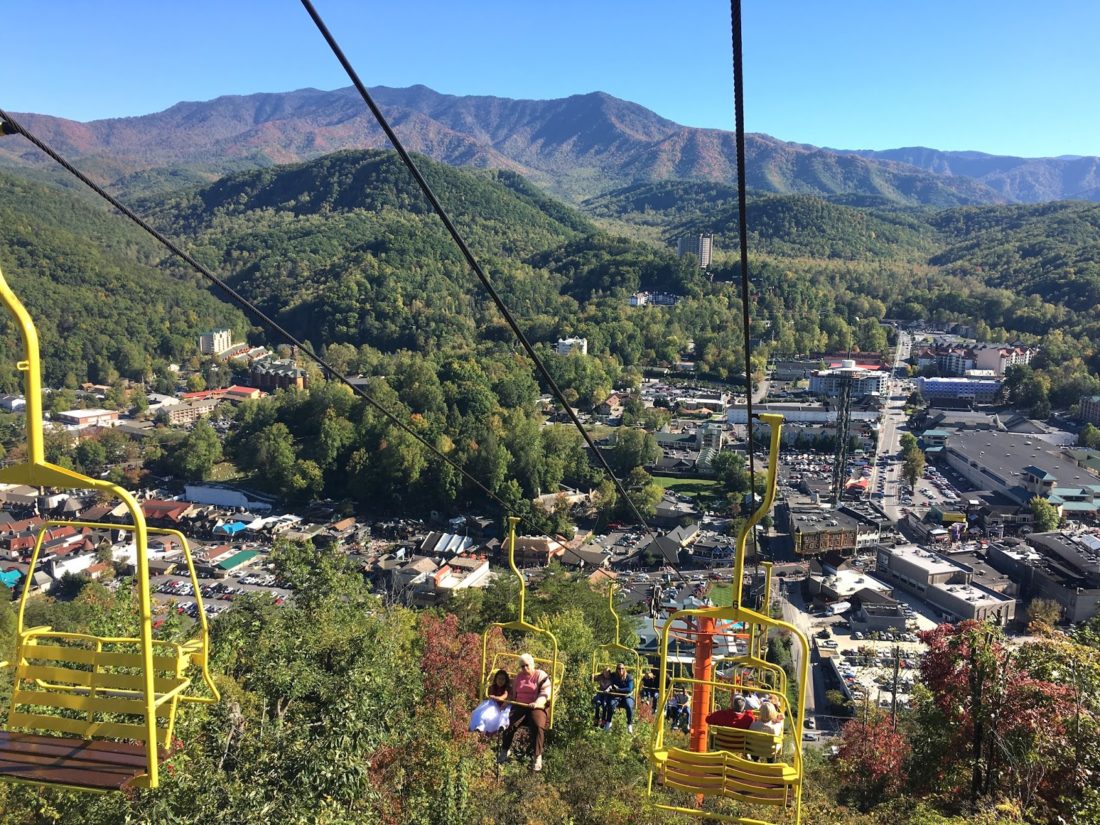 We thought about staying a second night, but we felt like we got a lot in on Saturday so we headed home that evening… which made for a productive yet lazy Sunday. It was good to catch up on life since I have have three more days of work before I have to travel back to Raleigh and take my end-of-rotation test. Only two more of these to go… crazy how time flies!!
Linking with Biana & Meghan.