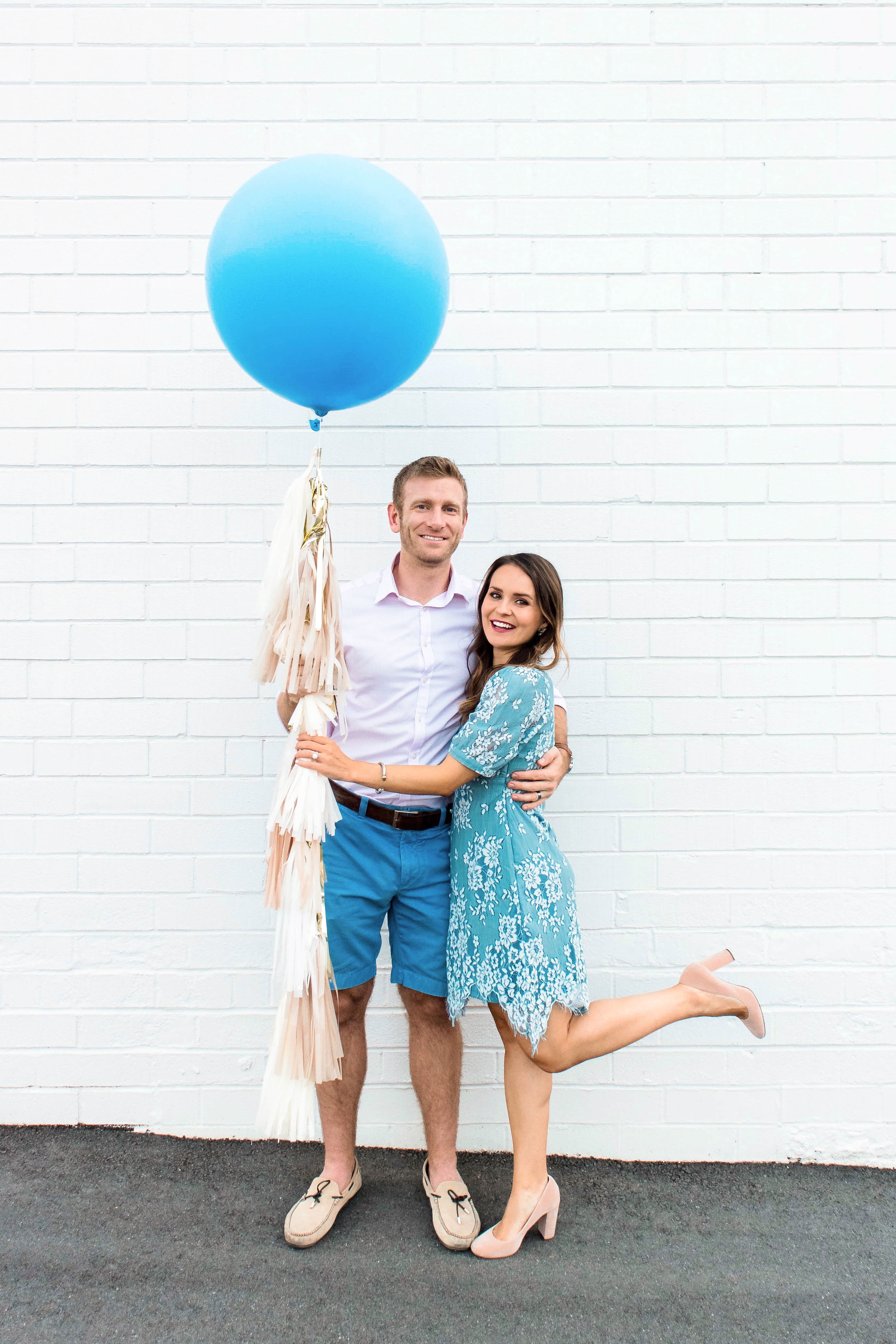 If you follow along on Instagram then you probably already heard the good news! We hosted a gender reveal party over the weekend and our home was filled with family and friends- baby Sapel is already so loved!!

Scroll down to the bottom to see the video of our reveal and party sources! 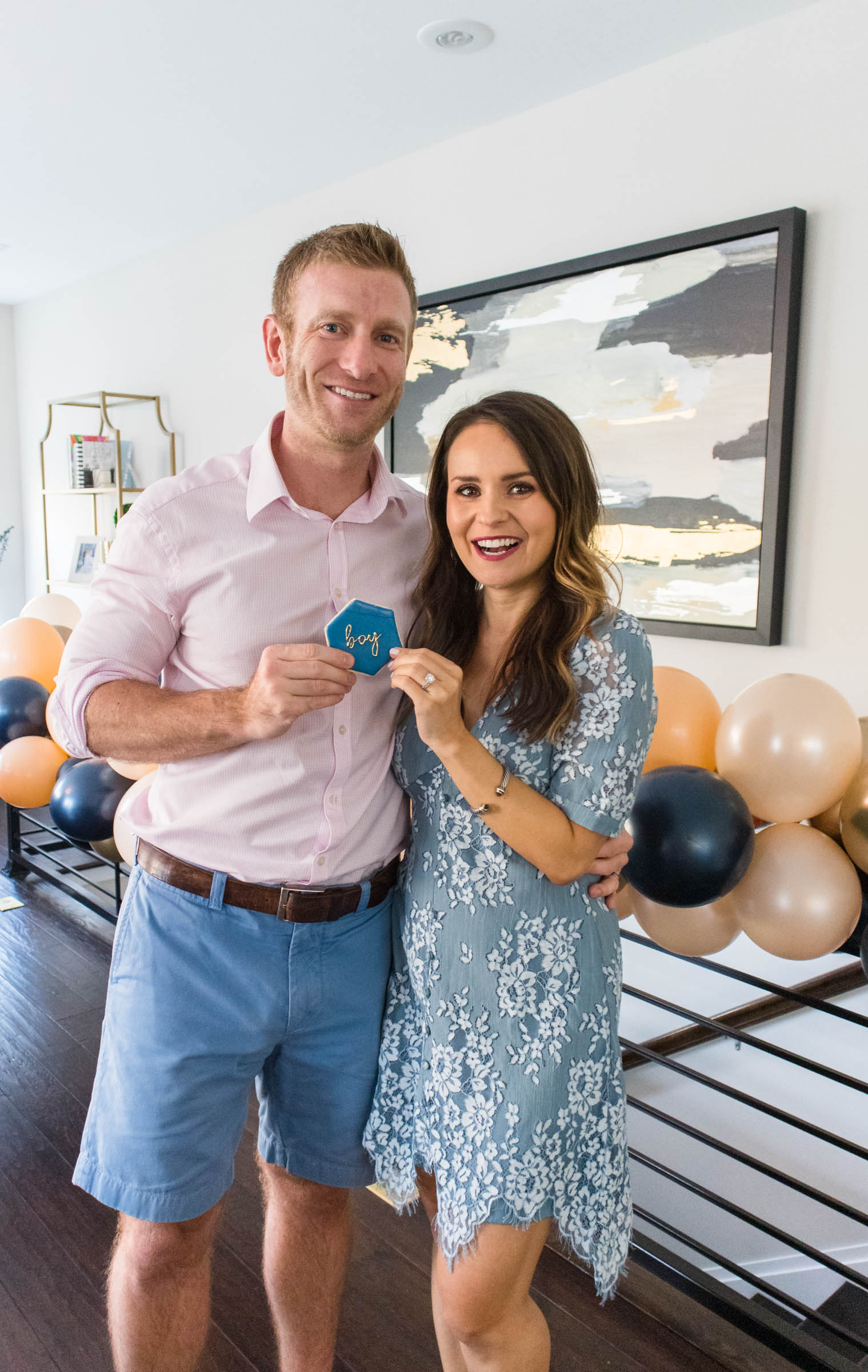 I decided to go with a navy and blush theme as a different take on the typical baby blue and pink. I got all our party supplies from Paperboy Party on Etsy– they have the cutest decorations!! This was my first time putting together a balloon garland and while it was a little labor intensive (thanks to my mother-in-law for tying all the balloons!), I would totally make one again because it added so much to our space. 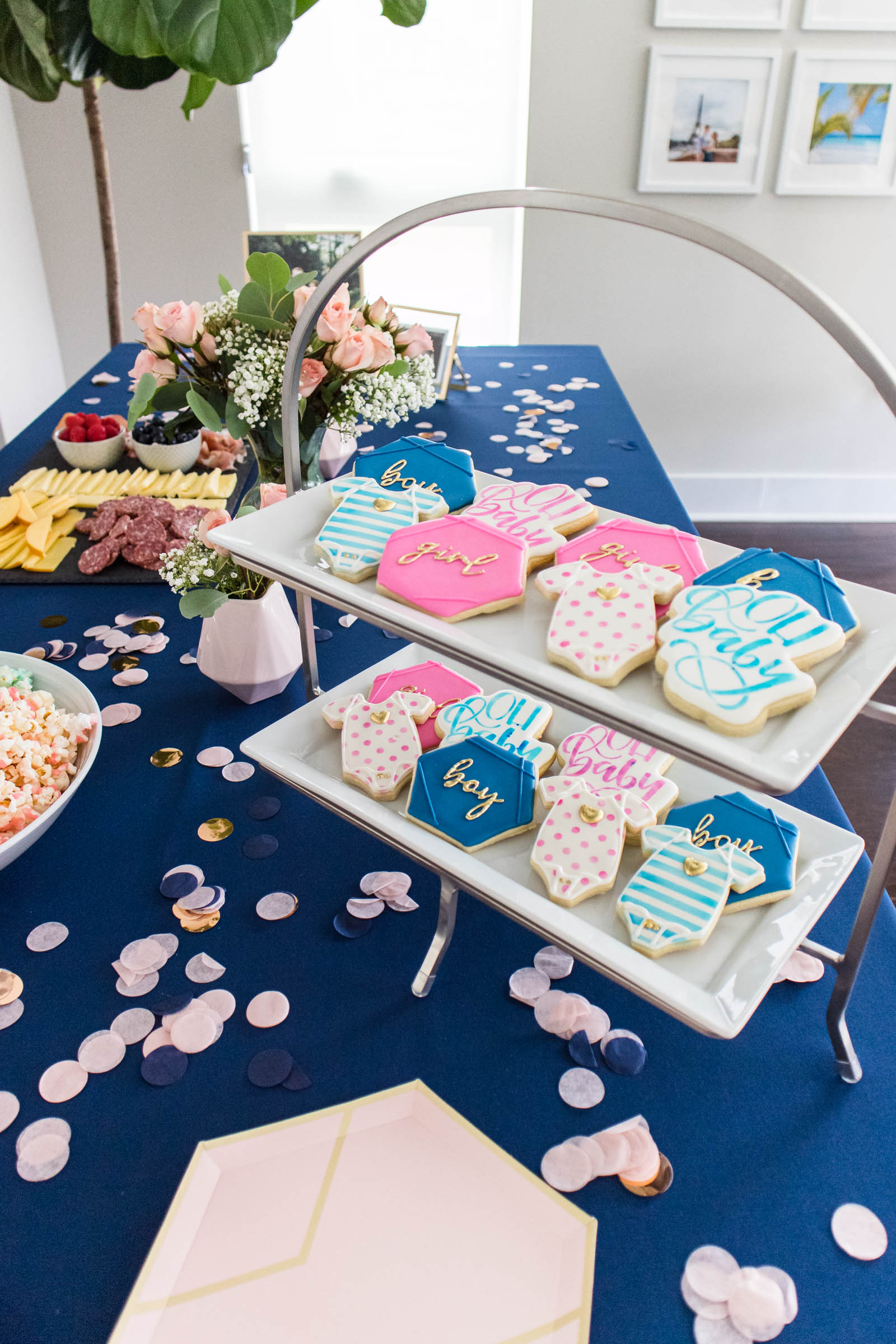 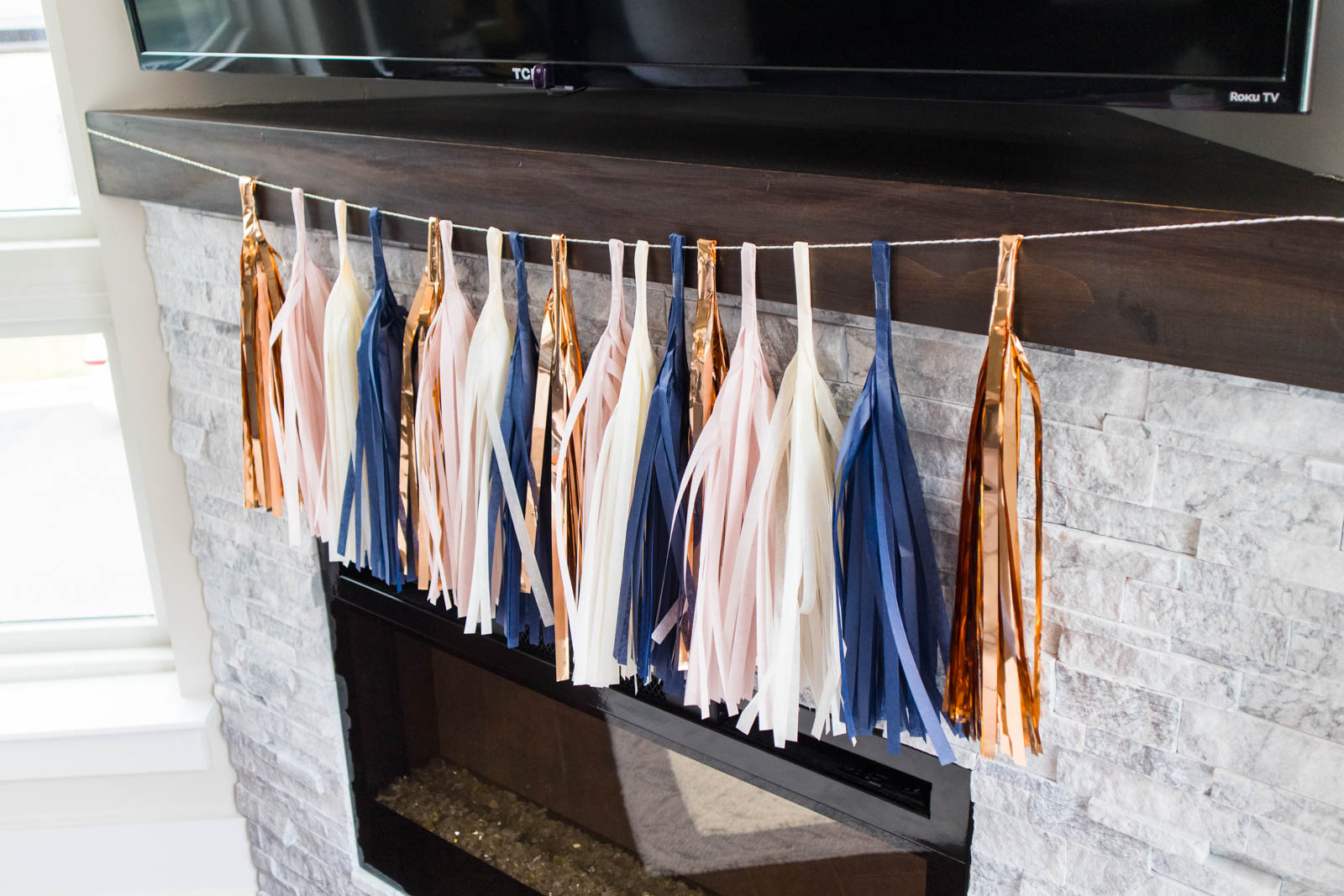 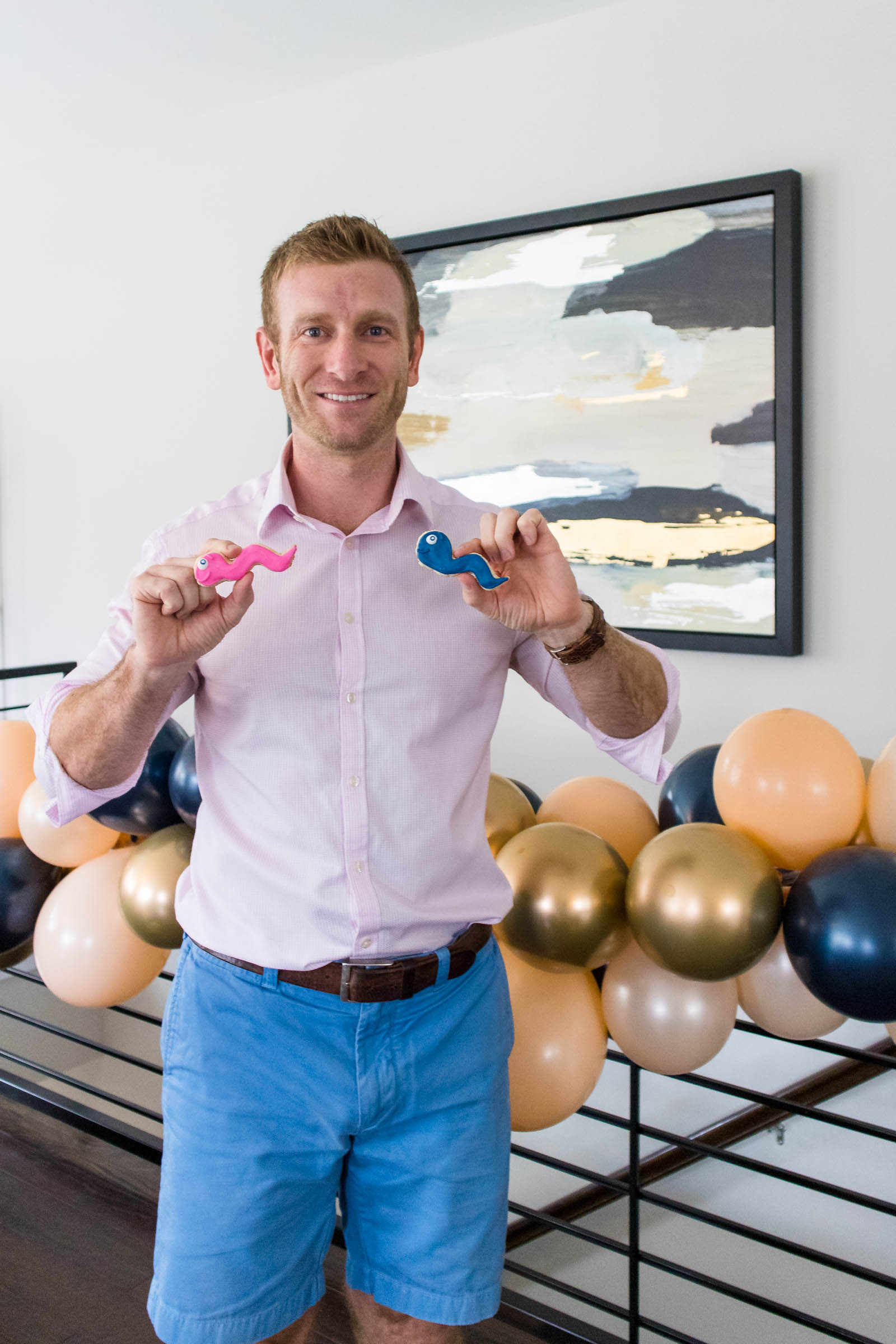 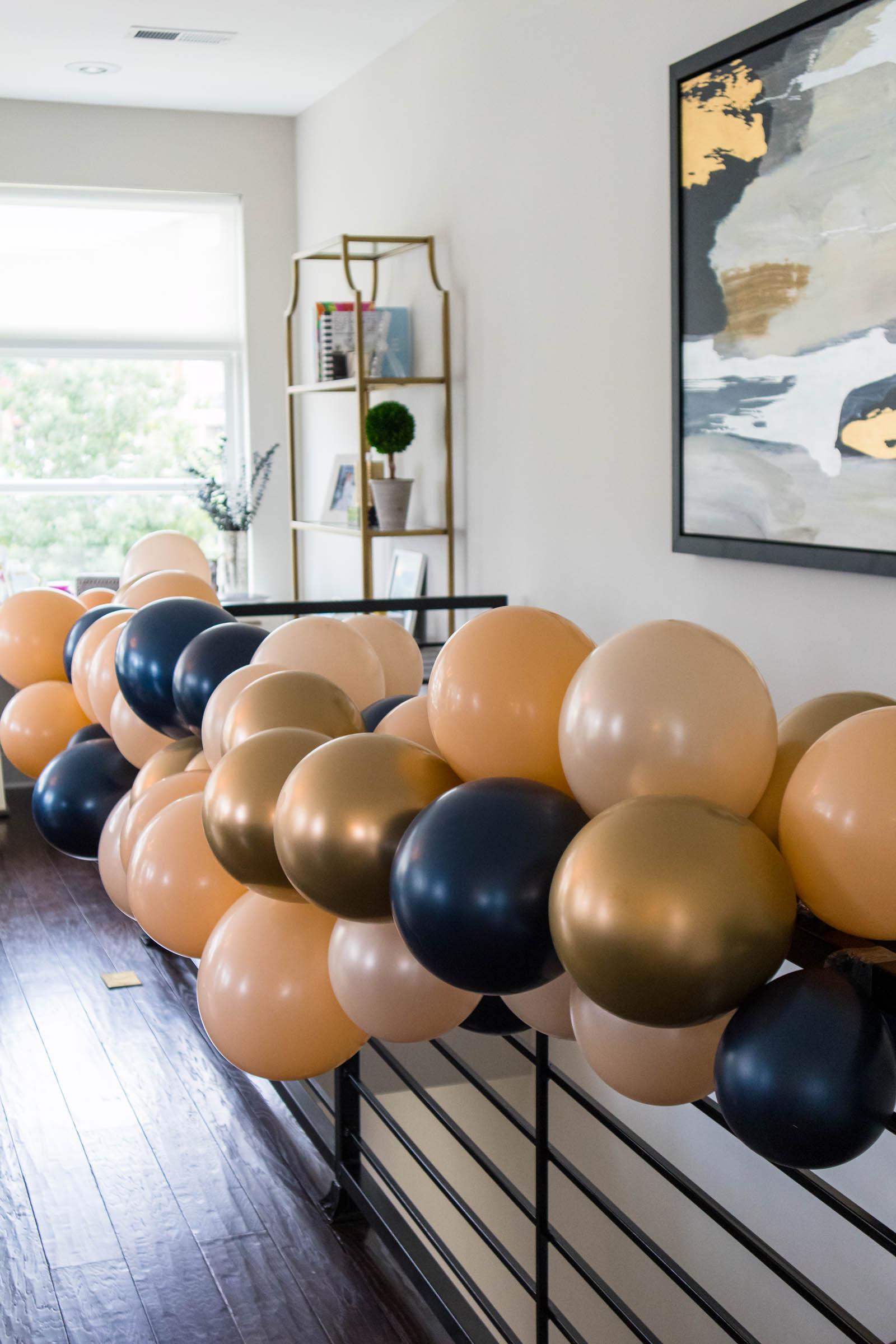 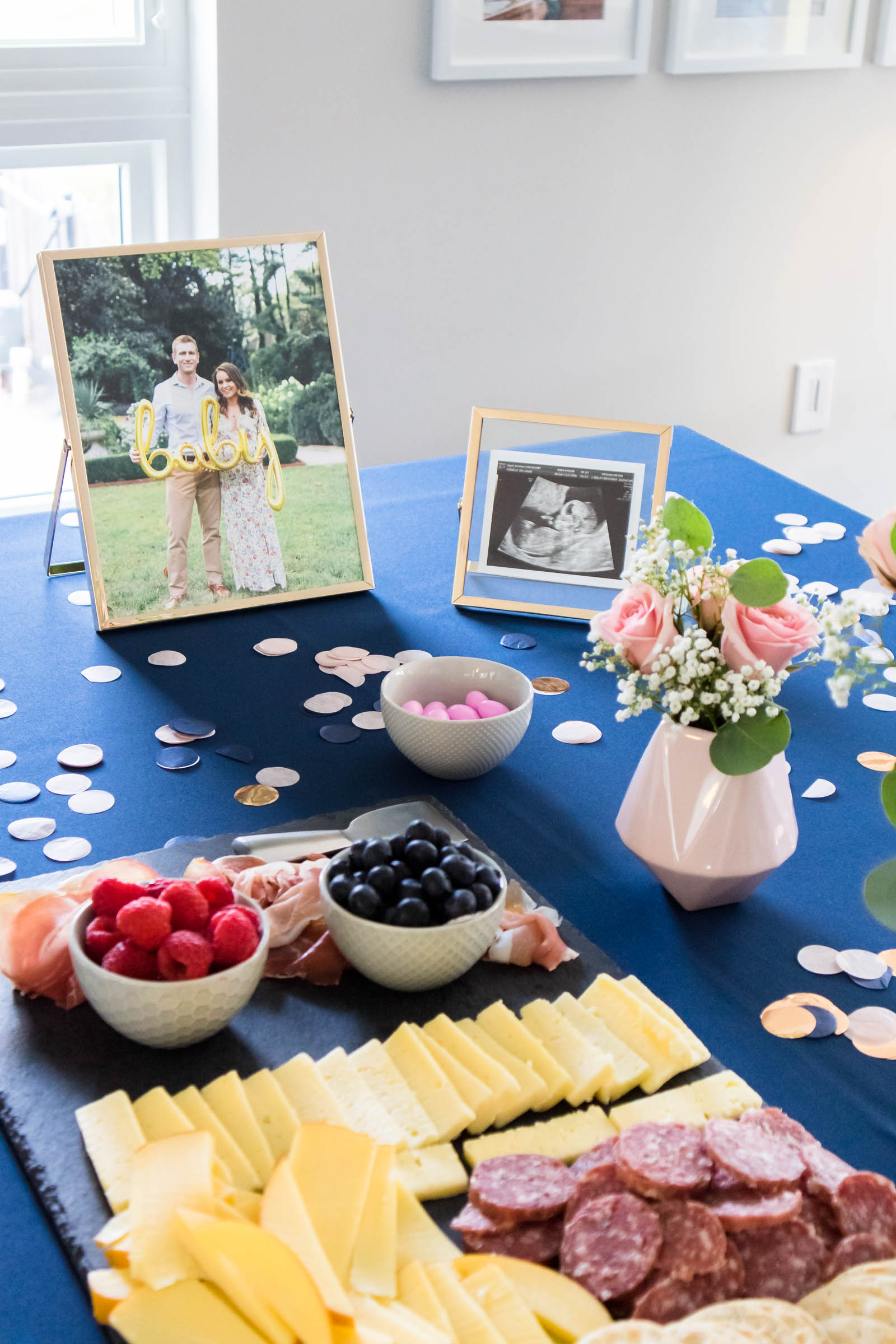 We had lots of yummy appetizers and bubbly for the guests to enjoy. One of my sorority sisters made these adorable gender reveal cookies for the party and if you’re local to Charlotte, you can check her out here. Once it came time for the reveal, we all went outside and Ryan & I popped the BLUE confetti and found out we are having a boy!! Omg my heart was pounding so hard- I was honestly in shock for a second and Ryan’s reaction was priceless! He wanted a little boy so badly and now he will have a little golfing buddy to hang out with.

I had a gut feeling it was a girl and think I was leaning more that way because we have two nephews and I wanted to balance out the family, but honestly we’ve had our future son’s name picked out for years so I feel like it was meant to be. We won’t be sharing his name until birth (and hopefully I don’t let it slip, haha). It feels so much more real now that we know we’re having a little boy and now the planning can begin- we wasted no time and already got a few of his first outfits! Can’t wait to meet Baby S in just 6 months! 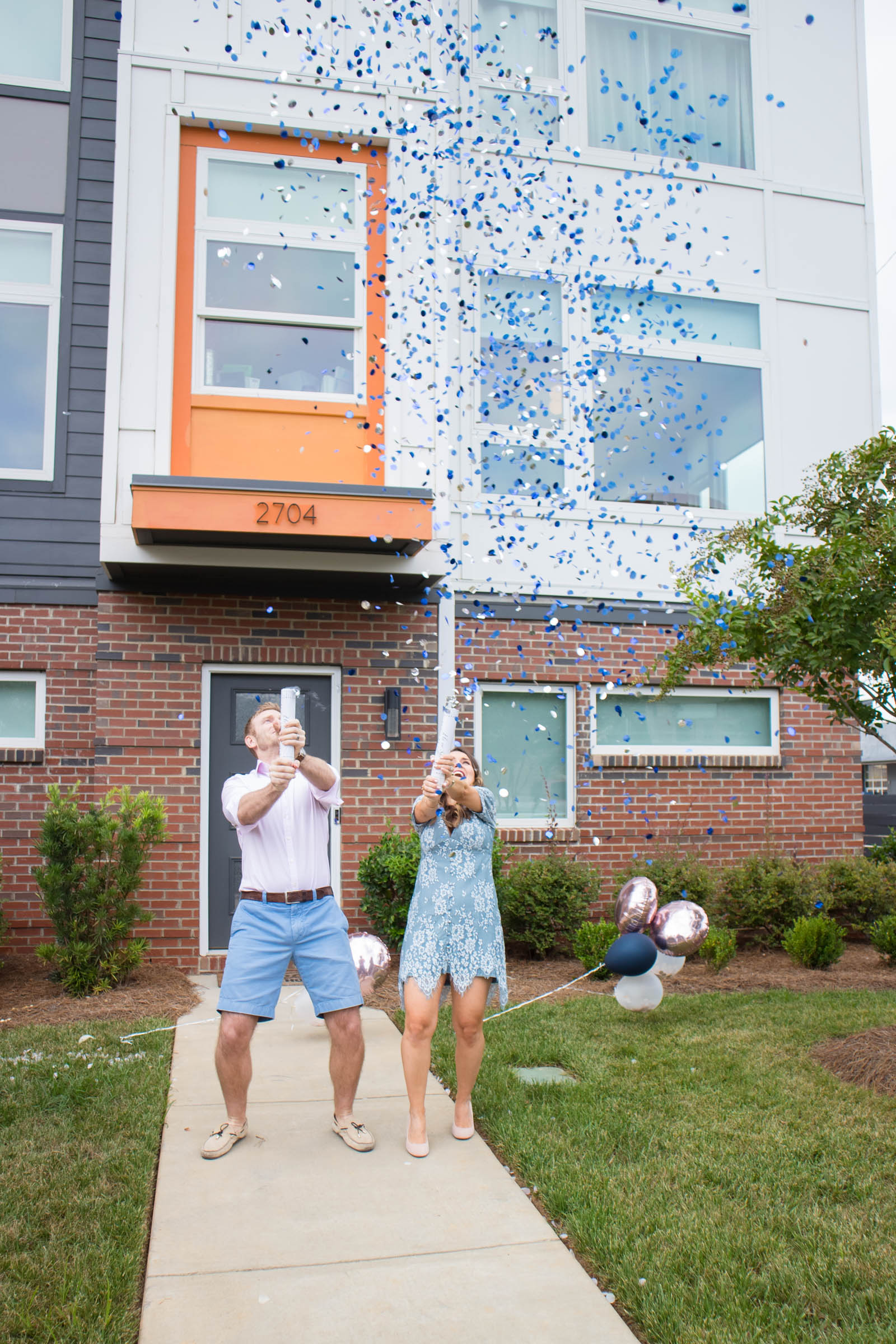 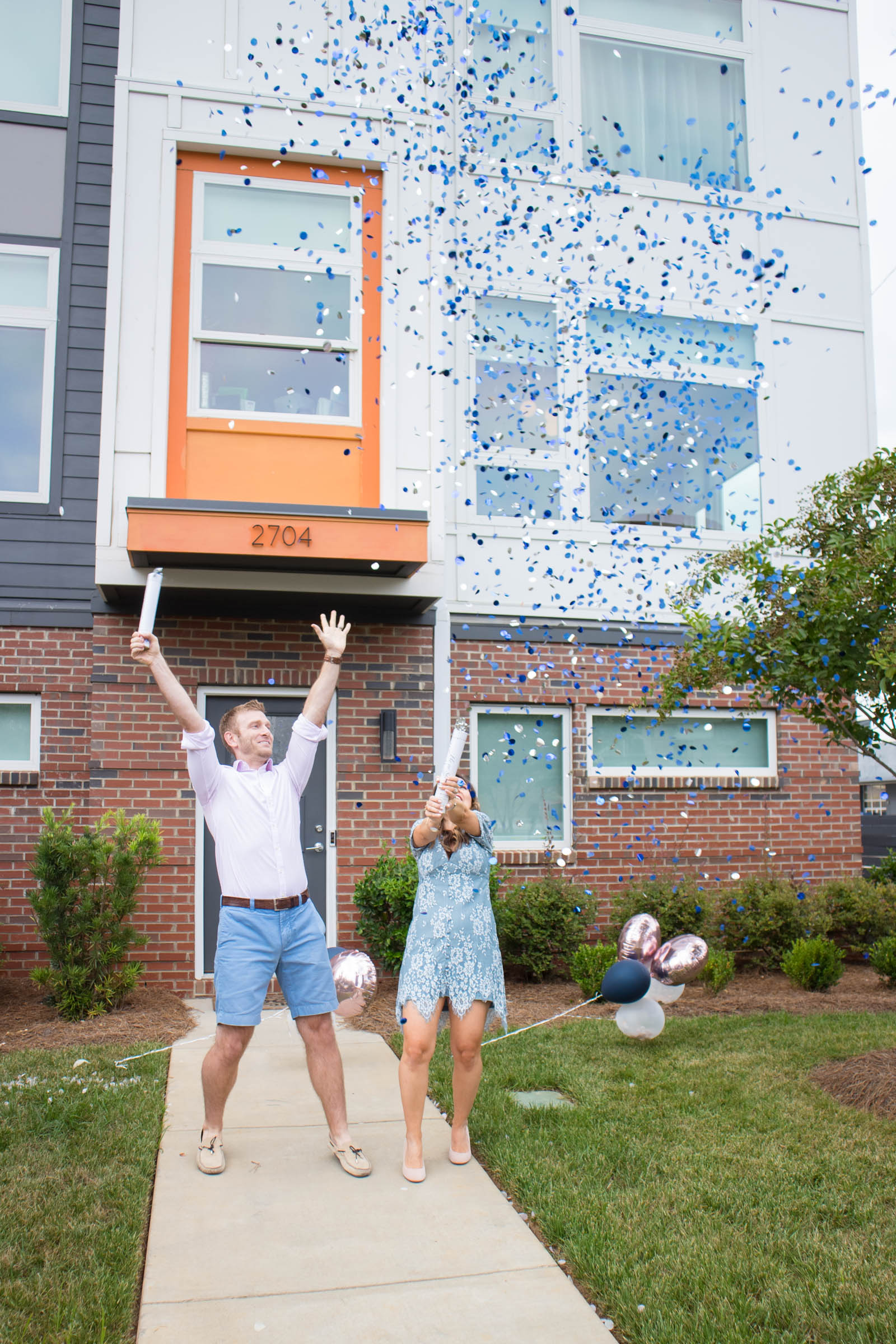 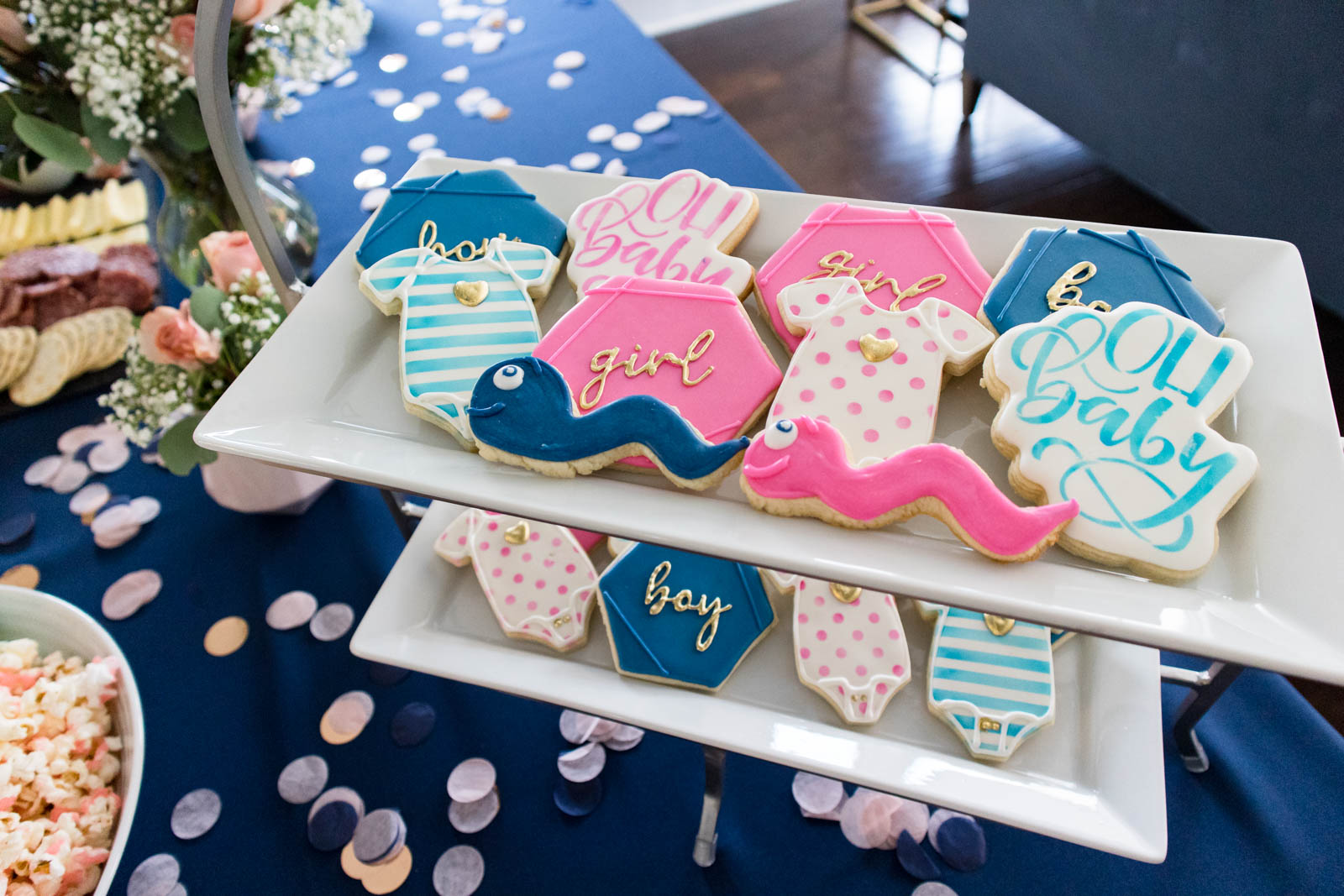 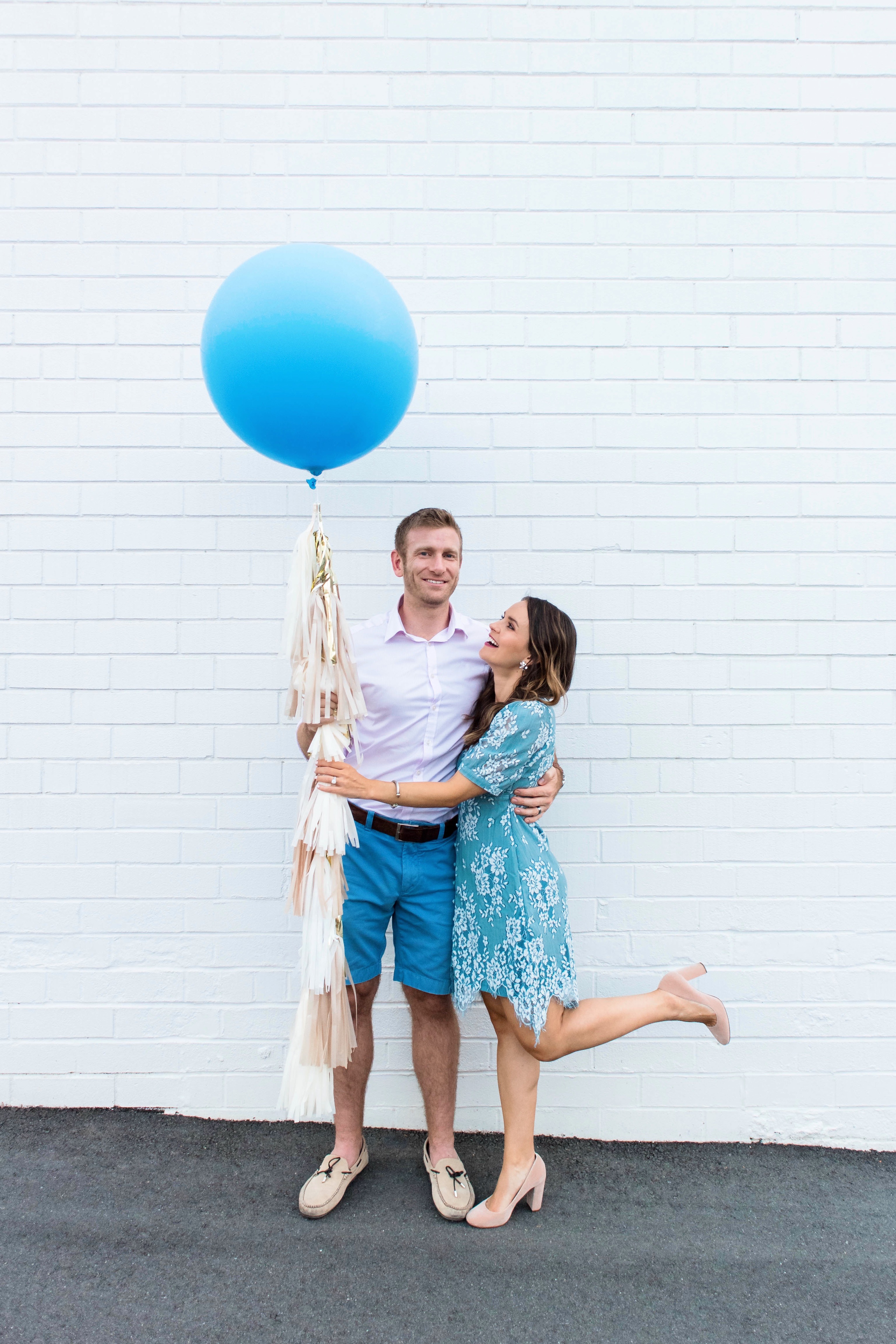 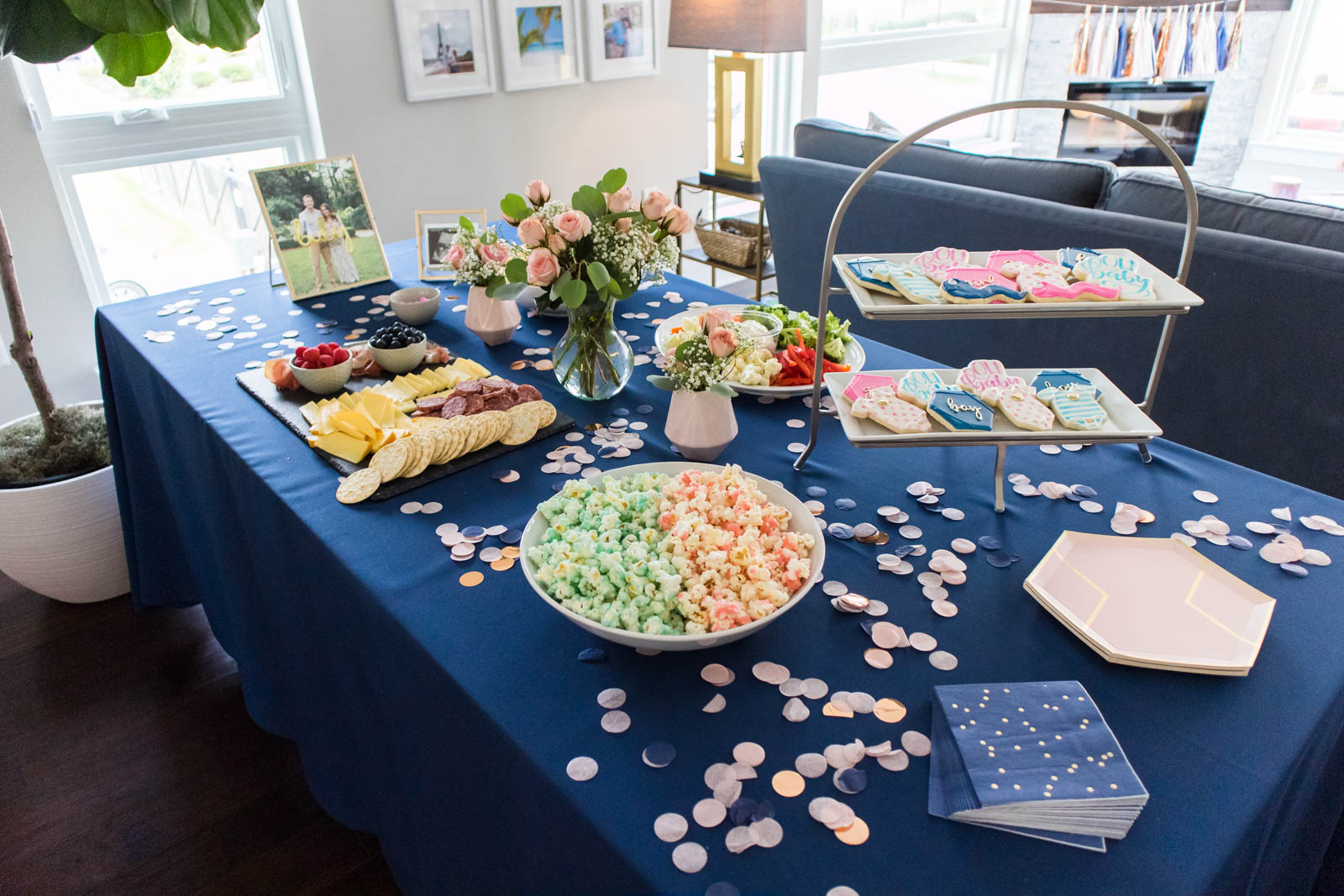 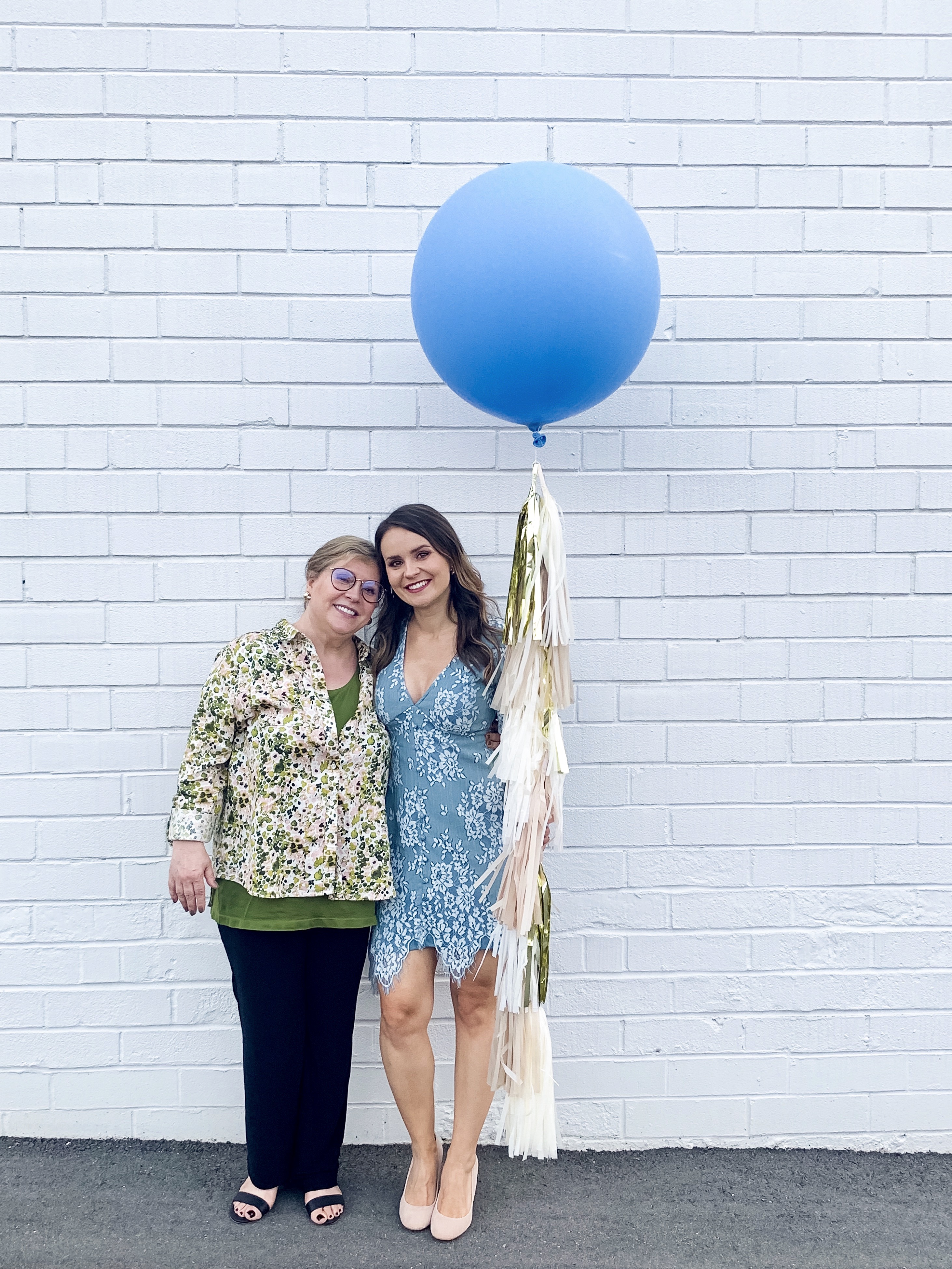 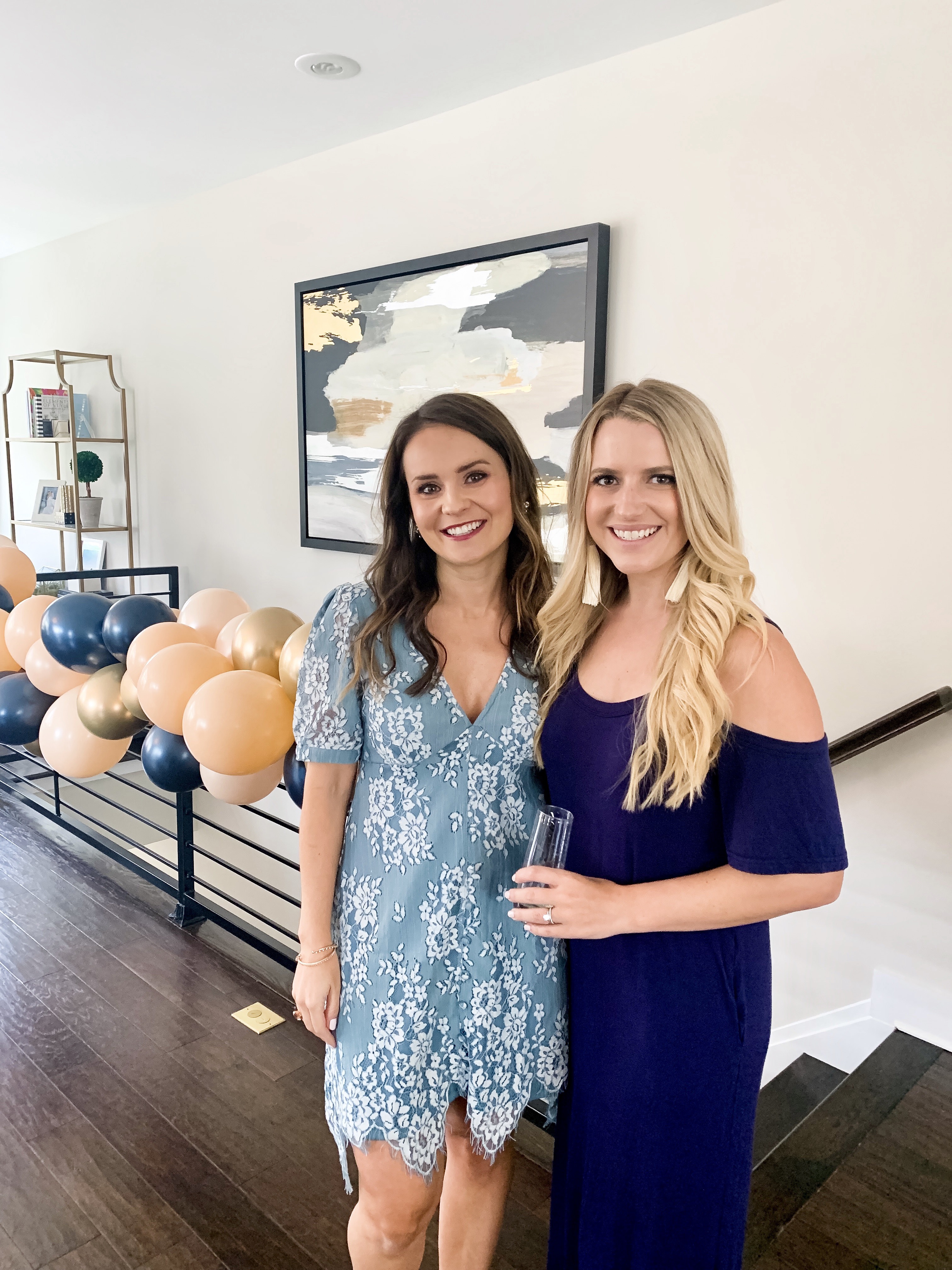 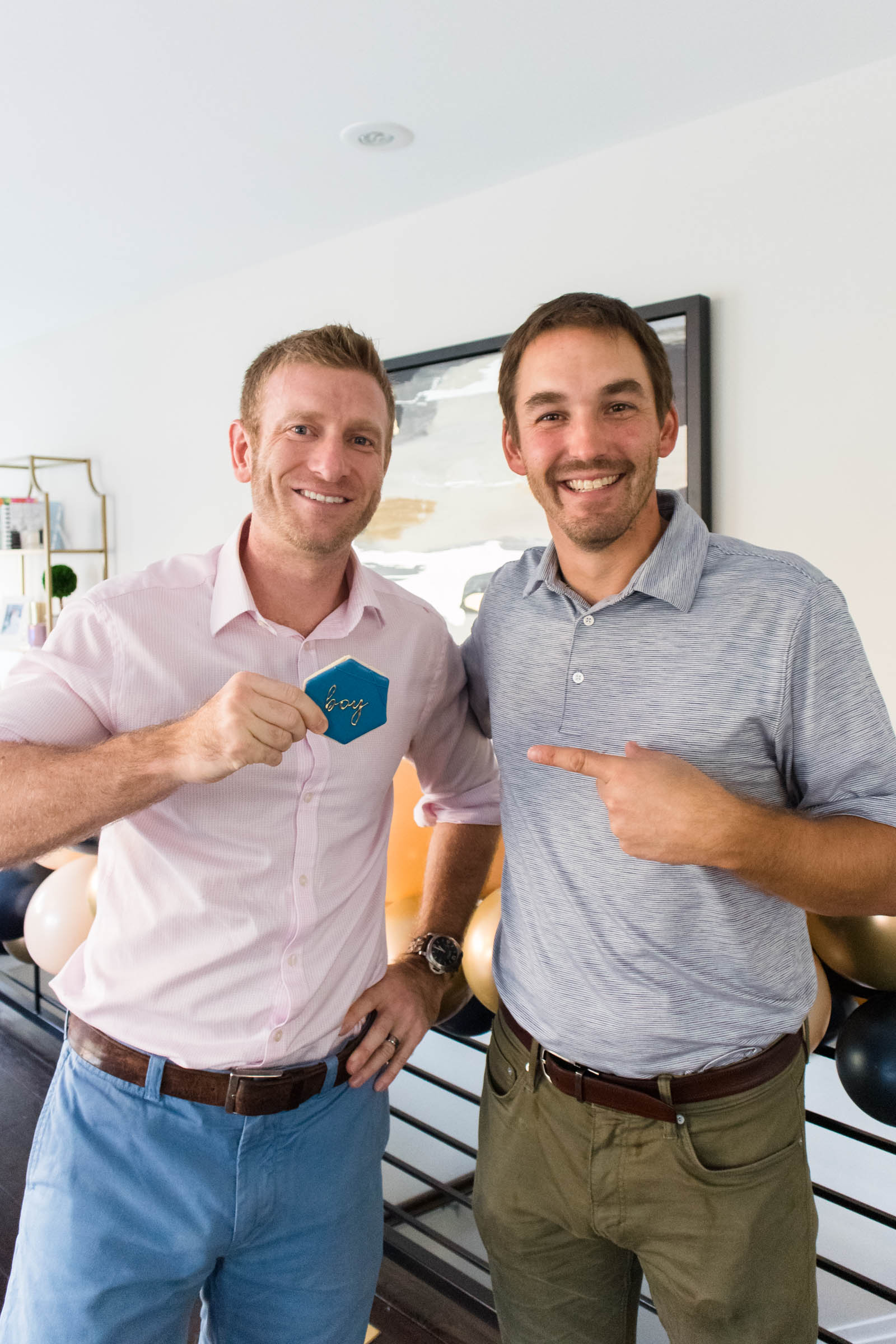 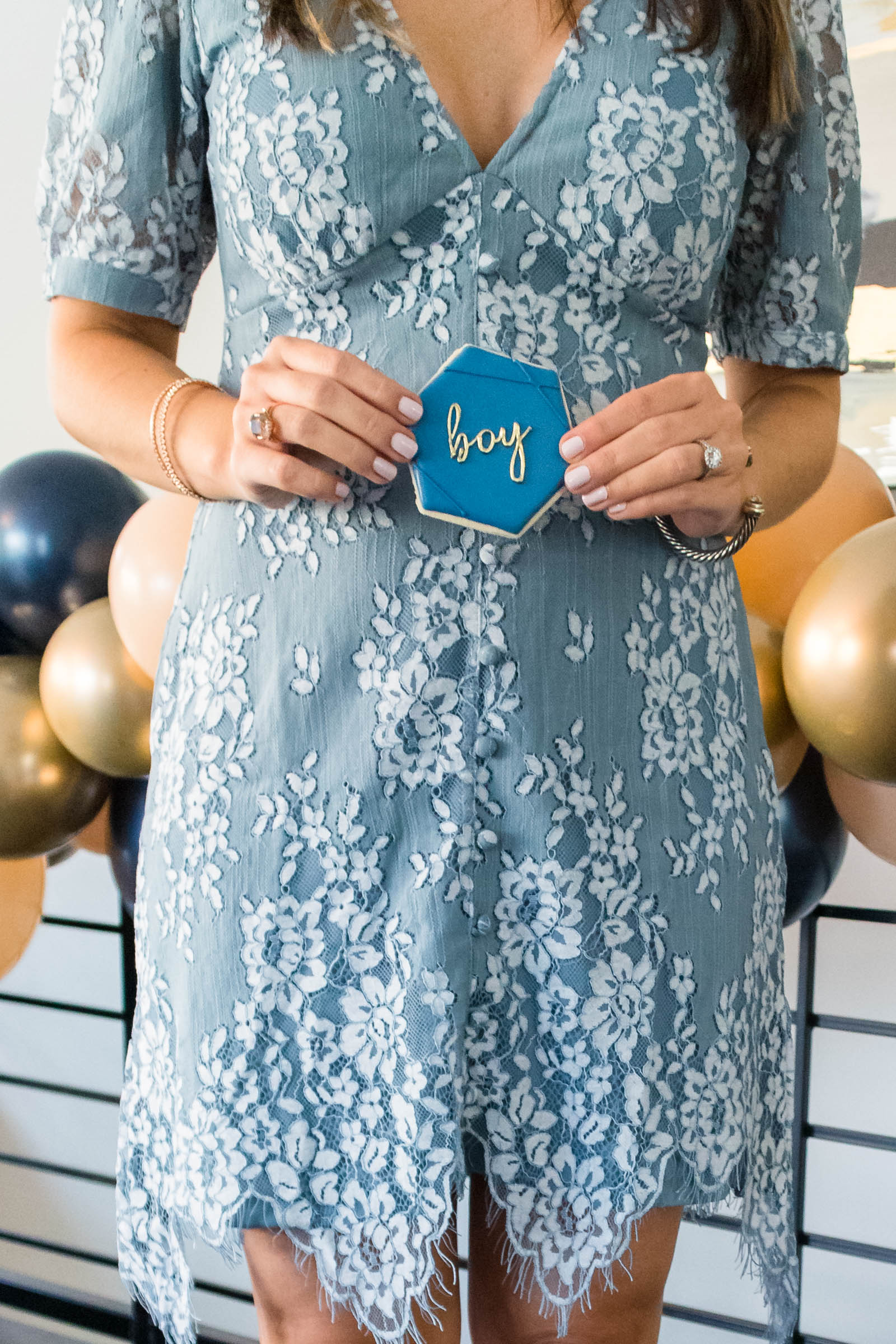 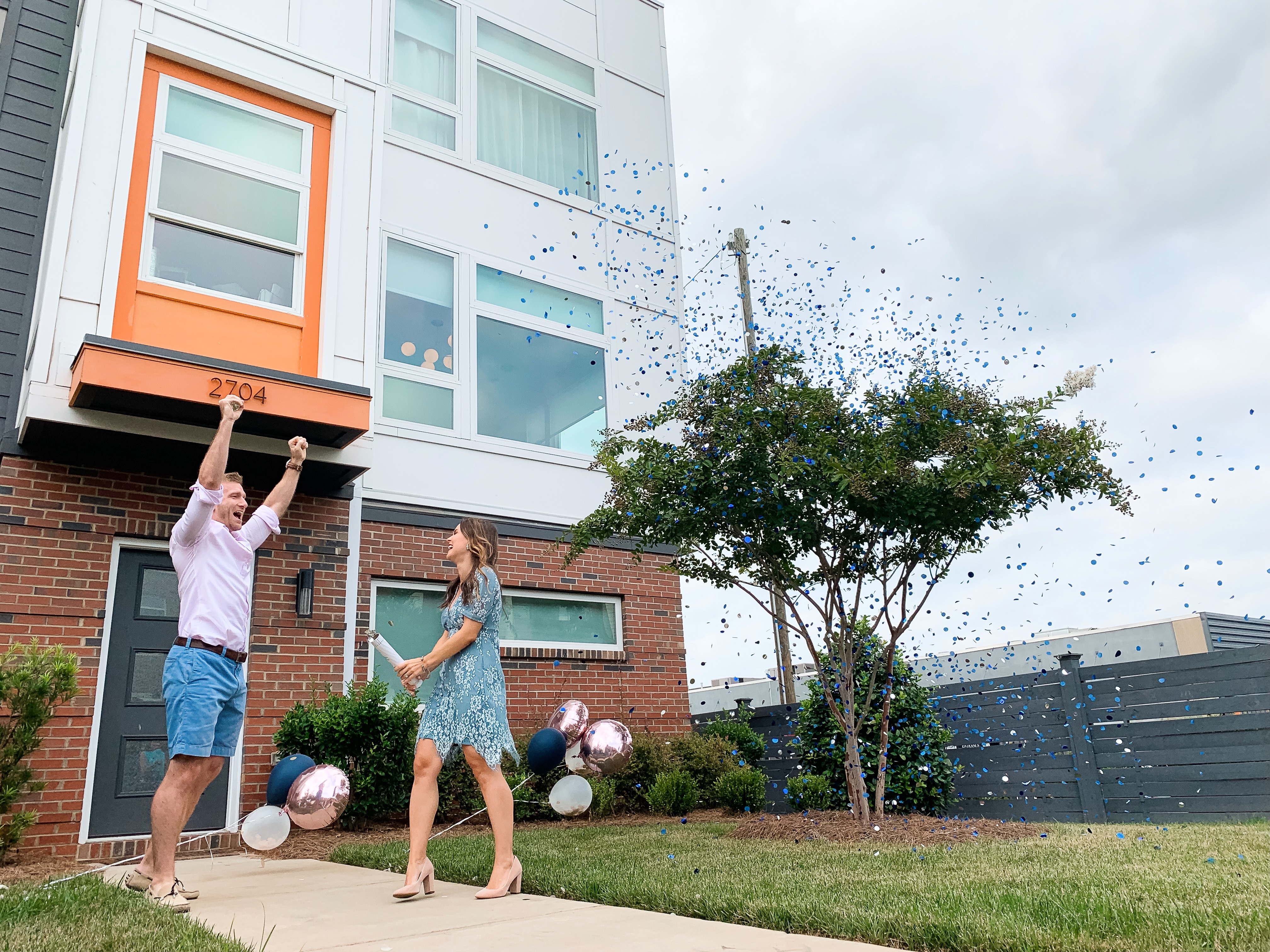 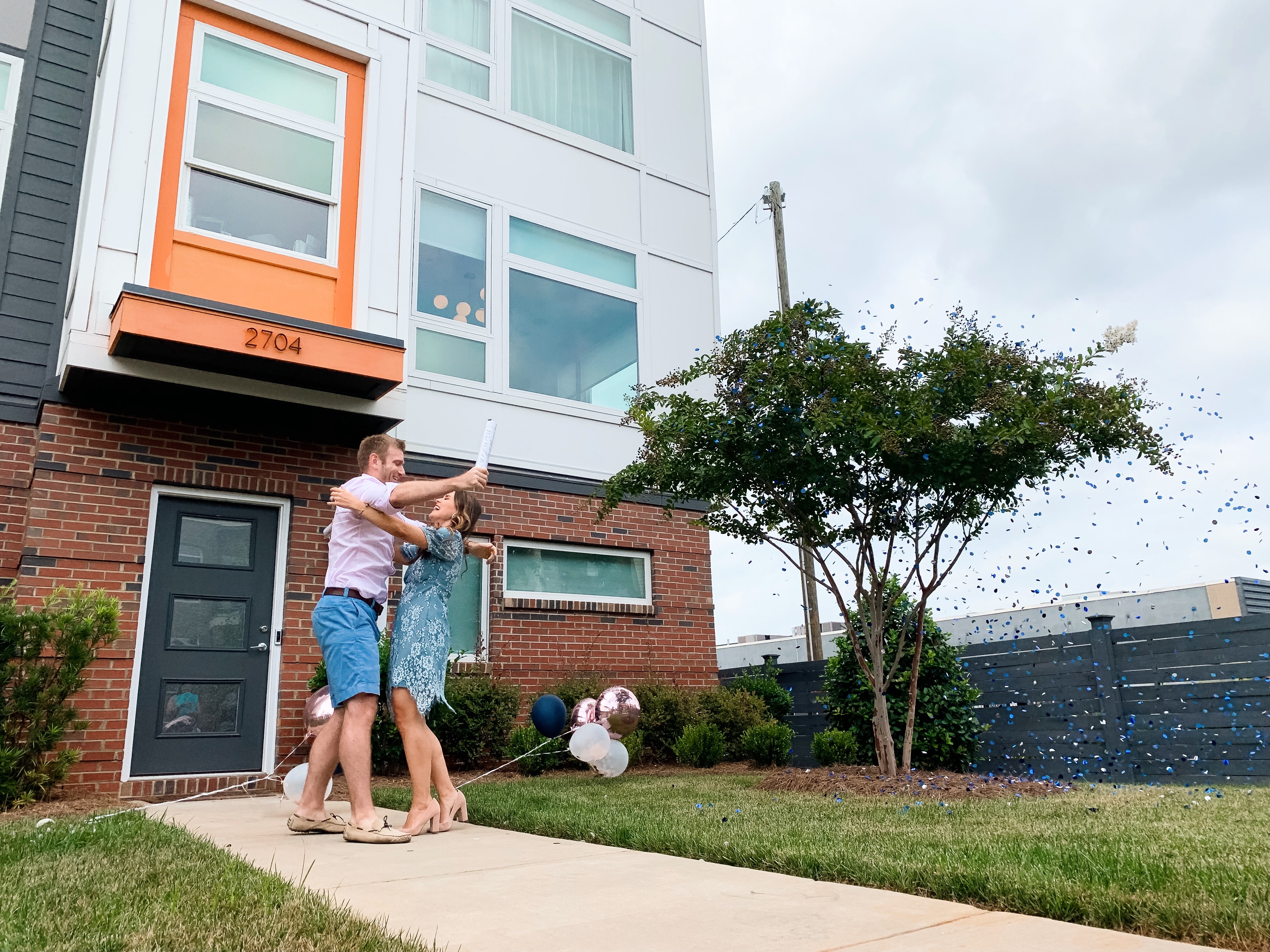 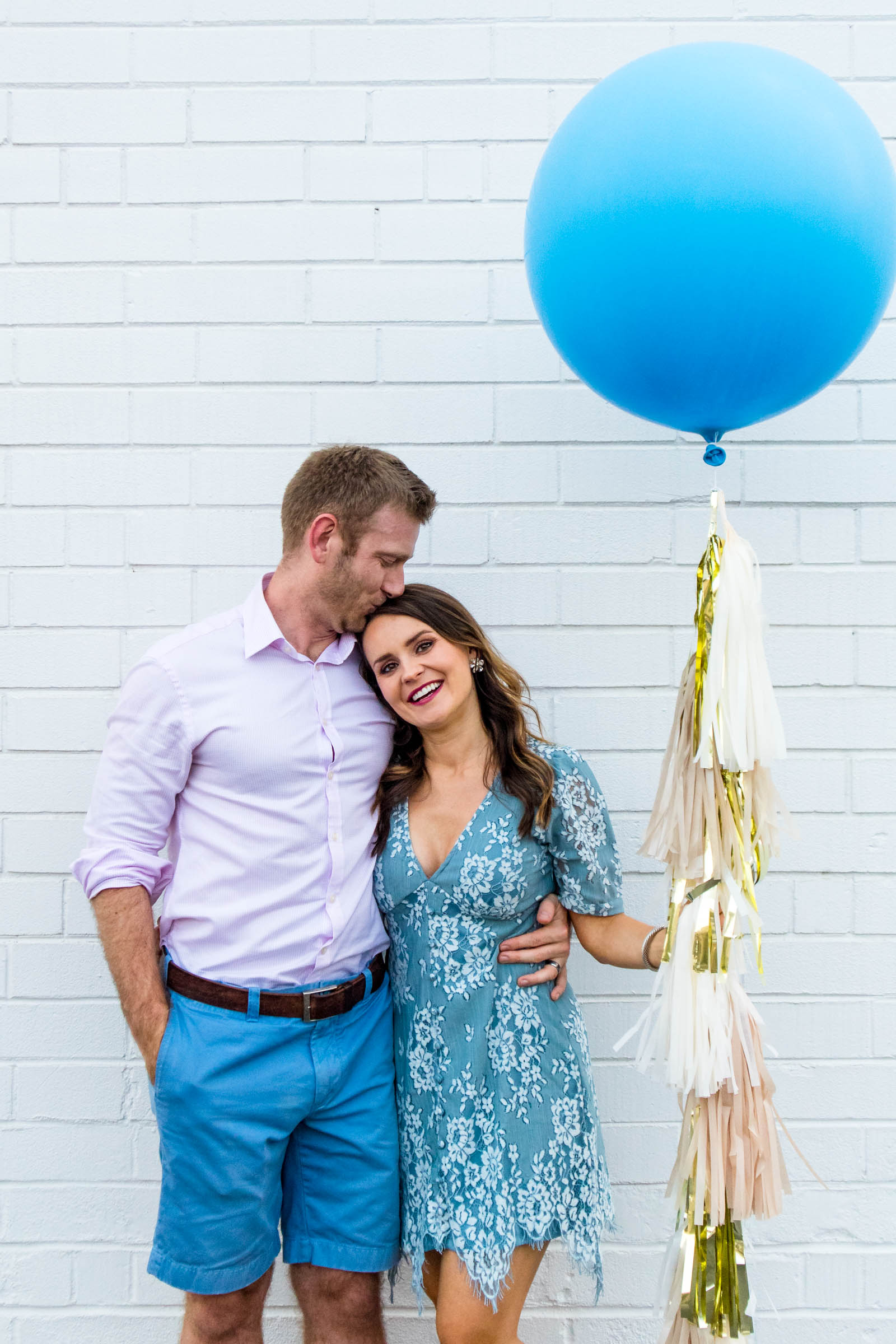